Mother's Day is just around the corner, the day we venerate the women who gave birth to each one of us. Kind of a penance for the other 364 days a year during which women suffer discrimination, unequal pay, harassment and, in all too many cases, live in financial insecurity and fear of abuse -- whether from the men in their lives, or from total strangers on the street.

So, let's send mom flowers. First, though, let's pause a moment and remember that it was not always this way. I wrote a book a few years back on the origins of patriarchy (Savage Breast), and discovered in the process a rich layer of early cultures from around the world that truly venerated the sacred feminine, and honored women as intrinsically entwined with the energy of life, including the full the cycle of birth, growth and death. So, this Mother's Day, let's contemplate the force beyond mom, the power of the feminine that gives life and that is life -- that needs to be approached with respect and even awe. 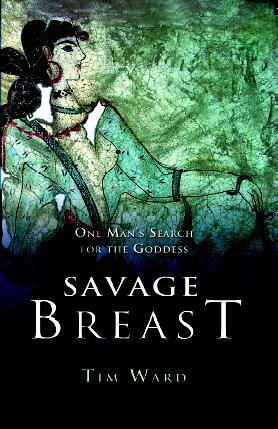 One woman who has been a force in her own right in reawakening our conscious awareness of the divine feminine is author, radio host and priestess, Rev. Karen Tate. I interviewed her to get her perspective on Mother's Day:

As a woman who has devoted much of her life to reconnecting with the Sacred Feminine, how do you celebrate Mother's Day?

I guess you might say there are several layers to the celebration, namely personal and then within our communities. My own mother, Evelyn, passed away a little over a year ago, and I will probably find myself once again reminiscing about our complicated relationship. I'm sure many women can relate to both the blessings and challenges of the mother-daughter dynamic. She taught me so much, and from her, I learned values I wanted to retain, as well as what I absolutely did not want for my life. And like in the pre-patriarchal myth of Demeter and Persephone, she supported my choices and let me live my own life.

For instance, she supported my choice to not have children, and she inspired me to go out and get whatever it was I wanted, even though she did not manage to do that for herself. I wish she could have been more fearless, but she grew up at a time women were conditioned to have to depend on men for their livelihood and security. She didn't have the opportunities women have today, even though our gender is still exploited in the workplace and under-valued in so many parts of our culture. She loved me unconditionally, and that is very hard to come by. 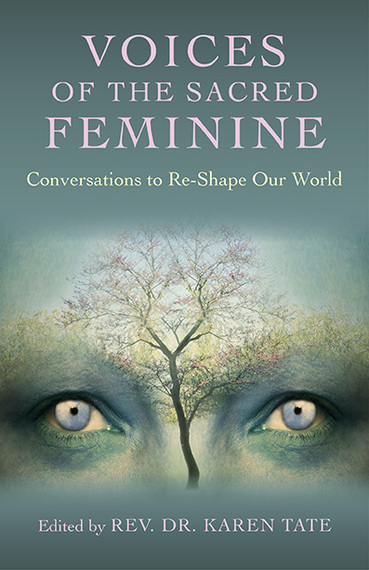 How does your sense of the sacred feminine affect your own relationships with other women in your life, specifically mothers?

I can see the tendency among some women to practice exclusion and separatism even though they should know better being a gender that they themselves have been discriminated against for being women, lesbian, old or not thin enough or good enough or equal in the eyes of our patriarchal culture and Abrahamic religions.

So, I believe my work is aimed at trying to bring women together and to convince them to release ideas that divide us for good of the Big Picture for the empowerment of all women and by extension, social justice for everyone. I work with women to help them recognize their marginalization, and not accept it as okay or normal, and to understand why things are the way they are today in our culture and how we can begin to change things.

I think going down the path of the Sacred Feminine has also taught me to look at women and mothers very differently that before I discovered Goddess. I began to understand the sacredness of woman and motherhood and all phases of a woman's life. And I learned mothers are not just women who birth flesh and blood children. Mothers birth ideas, movements, books, organizations and companies, and the birthing pains of that labor also makes them a sacred creatrix. Mothers are the hands that rock the cradles that will change the world.

You've written several books about the divine feminine... How would your describe the new awakening of this sense of the sacred?

The Divine Feminine is awakening and will be restored to Her place at the center and it's much like child birth. It's painful, messy, frightening, but oh so beautiful, so full of potential, bringing forth this new paradigm for humanity. I truly believe we are living in the evolution, even if sometimes it's one step forward and two steps back. Humanity is awakening to the fact this path we've been on for thousands of years has not served the many among us. We no longer accept that things have always been this way and that's our lot in life.

More are seeing we have not been good stewards of Mother Earth are are fighting fracking, GMOs, unfettered growth and we aren't fooled by the polished commercials that would have us believe multi-national corporations aren't just interested in profits. We have been led down foolish paths, and it's time now to grow up, stop being passive and work for the reign of wisdom, justice, equality, sustainability and peace. Have no doubt, the old regime will not roll over and give up their power easily, but they are being exposed. Their lies no longer fool the most of us and their authority is slowly crumbling and we will see a new day dawn.

To you, Goddess Thealogy is not just a religion; it's a transformational force poised to change society, and bring us out of the patriarchal age and into something new. What is your vision for this new way of living?

Maybe I've revealed some of the clues in what I've said already, but yes, I do believe it will be values of the Sacred Feminine, or what I call liberation thealogy -- yes, thealogy, not theology. No longer will we allow the four legs of the stool of patriarchy to stand and continue to shape our cultures, namely, classism, racism, sexism and environmental exploitation. We need to kick the legs out from under that stool and topple it if we want to survive and have a life worth living. Pre-patriarchal Goddess mythology, when its interpreted, calls us to partnership and negotiation not domination, equality and justice, peace and prosperity for all.

That means relieving the few of a lot of power and putting a priority back on the commons, on what's best for the people, not corporations and the richest among us. It means taking care of our Mother Earth who provides everything we need to sustain ourselves and she gives it to us so freely. Her gifts shouldn't be rationed, denied to so many or exploited. We have enough, it just has to be distributed properly.

We must rethink our values and what it means to be wealthy. We need to have time to travel, explore, and smell the roses, delve into the mysteries of life. It means discovering our diversity and reveling in it. I could go on, but I think you see I vision a world that can be very different if we had leaders and role models who were courageous enough to blaze these trails. I have no doubt the people would follow. The ugliness and exploitation all around us needs to become taboo instead of accepted as normal. 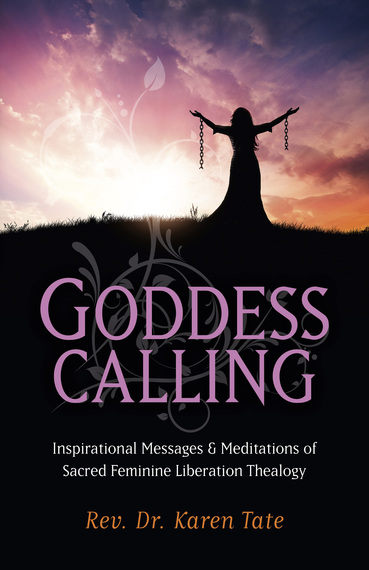 What's your sense of the planet as a whole as Mother Earth?

I see our whole cosmos as the Great Mother in her many forms. She's like a tree with many leaves or a diamond with many facets, or the many layers of an onion. Many of us call her Isis -- She of Ten Thousand Names -- or we say "Isis is all things and all things are Isis." Hindus have called Her the Sea of Being, I believe. She's more than just the planet or an archetype or ideal. She's cosmic and energetic forces. She's all the threads of our interconnection, like Grandmother Spider of the Native Americans who weaves her web of existence. And we are all a part of this Feminine Consciousness.

Even men begin their lives as "female" until their chromosomes change, and patriarchy beats out their instincts to embody traits or values we have labeled feminine, like nurturing, caring, sharing and partnership. Abrahamic religions robbed humanity of our sacred sexuality and the view that the natural world is sacred. Instead, we are taught to look to our heavenly reward. When we once again realize the wisdom of going back to the old ways of the Mother, before patriarchy ruled the day, when we saw the cosmos, the earth and everything on it as sacred, we would radically change the world forever in the most remarkable ways, not just tinker around the edges.

Rev. Dr. Karen Tate is a four-times published author, speaker, sacred tour leader and social justice activist. She is the host of the long-running radio show, Voices of the Sacred Feminine on Blog Talk Radio and can be seen in the documentary, Femme: Women Healing the World, produced by actress Sharon Stone and Wonderland Entertainment. Titles of her books include: Goddess Calling: Inspirational Messages and Meditations of Sacred Feminine Liberation Thealogy, Voices of the Sacred Feminine: Conversations to ReShape Our World, Sacred Places of Goddess: 108 Destinations and Walking an Ancient Path: Rebirthing Goddess on Planet Earth. Her website is www.karentate.com

Tim Ward is the author of Savage Breast, Arousing the Goddess, and the newly released Indestructible You: Building a Self that Can't be Broken