Hollywood doesn't have the greatest track records when it comes to lasting relationships or marriages, but that hasn't stopped plenty of celebrity couples from tattooing their undying love for each other on their bodies.

But when that love proves to be not-so-lasting, many celebs have to make a trip to the laser clinic, or back to the tattoo artist for an alteration.

Russell Brand was the most recent star to regret his impulsive and permanent declaration of love. The comedian reportedly made a trip to a Los Angeles tattoo parlor to cover up the matching tatto he got with ex-wife Katy Perry. Brand and Perry had the Sanskrit words "Anuugacchati Pravaha," which mean "go with the flow," inked on their right inner arms after they became engaged in 2010.

As far as tattoos go, Brand's is fairly innocuous; he's lucky he didn't tattoo his ex's name on his body, like a number of other celebs. Their marriage lasted only 14 months, but it appears as though Brand doesn't want any more reminders of what they once shared.

Check out more celebrities who regretted their ink: 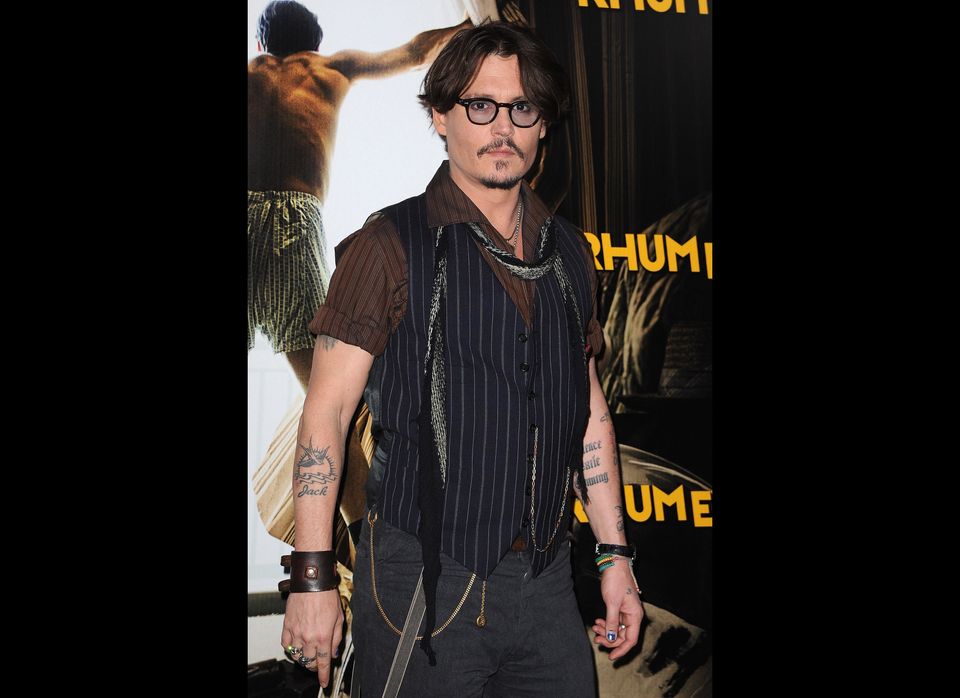 1 / 9
Johnny Depp
They were young, in love and engaged before they weren't. While Johnny Depp and Winona Ryder were dating, the actor famously tattooed the <a href="http://tatoos-tattos.com/tatoos/tatoos-wino.htm" target="_hplink">words "Winona Forever" to his right upper arm</a>. Sadly the relationship did not last forever and when they broke up in 1993, Depp changed the tattoo to read "Wino Forever."
Getty