Online security isn't something I usually write about, but it's National Cyber Security Awareness Month, so 'tis the season. And as the CEO of an online cause engagement platform that companies use to manage their employee volunteer and giving programs, including disaster relief efforts, security is an important issue I get asked about a lot.

The greatest scams accompany the times of greatest need, and natural disasters are a match made in heaven for fraudsters. Amidst the fog of chaos, when normal channels of communication are compromised, con artists take advantage of open hearts and wallets, steering well-intended donations to phony nonprofits. 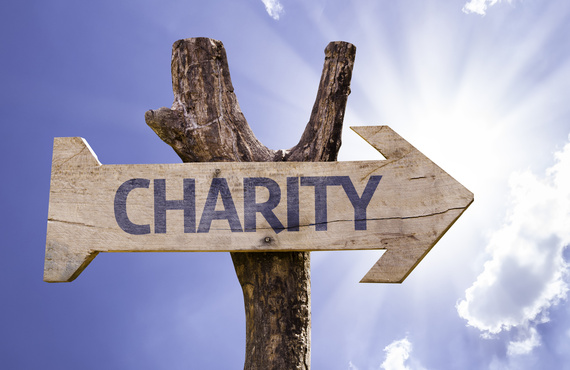 We see this story play out during every national and international human crisis. In the aftermath of Hurricane Katrina, the American Red Cross asked the FBI to investigate at least 15 fake websites that were designed to look like legitimate Red Cross appeals for donations. Even before Katrina hit, internet fraud experts saw scammers registering dozens of websites with Katrina in their names. After Hurricane Sandy, one charity calling itself the Hurricane Sandy Relief Effort raised $600k for storm victims, but it was all actually a ploy to help a couple of con artists with their own credit card relief.

Charity scams are often quite sophisticated fundraising ideas, sometimes expertly imitating real nonprofits in ways that are tough to detect. And when someone falls for a fake charity, social media-savvy fraudsters can magnify the mistake by making that person's friends aware of the donation, lulling them into trusting a nonprofit that their friend supports.

For companies that are encouraging their employees to donate to nonprofits and get involved in disaster relief efforts, either on their own or through company-sponsored campaigns, the question of security is critical. While company leaders are less likely to impulsively commit corporate dollars towards fly-by-night charities, individual employees are more vulnerable to predatory fraudsters who play on their emotions during tragedies.

No company wants to match donations to an employee's chosen nonprofit only to find that the charity is a scam. And no company wants to worry that financial transactions flowing from its employees' wallets are at risk, and that social media tools connected to their giving platform are unwittingly perpetuating a fraud.

As the next Hurricane Joaquin barrels up the coast, your company might find itself creating a disaster relief campaign to help with the aftermath. Whether you're encouraging donations through a company-sponsored campaign with vetted nonprofits or not, this is a time when people tend to donate more than usual and may well be lured into the web of a fake charity. So it's a good idea to disseminate the safety precautions advised by the Federal Trade Commission:

Avoid any charity or fundraiser that:

Refer to this charity checklist to suss out the real deals from the fakers:

If an employee thinks he's been the target of a scam, make sure to report it by filing a complaint with the Federal Trade Commission, which can help the agency detect patterns of wrongdoing and lead to investigations and prosecutions.

As you build and nourish a corporate culture of giving back, make sure you also cultivate company-wide education and awareness to keep your employees safe from charity scams.