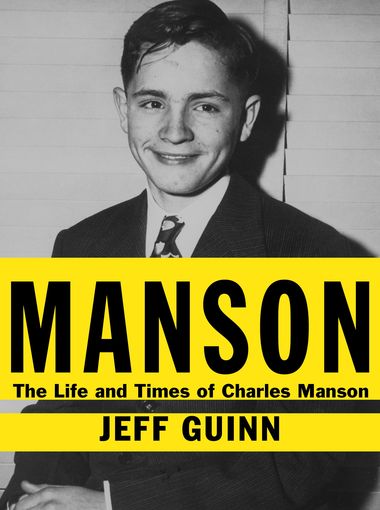 More than one friend, when told I was reading the "definitive" new biography of Charles Manson, said, "Why would anybody want to read that?"

It's a reasonable question. The Manson murders, almost 45 years ago, were gruesome, sordid, tragic and completely pointless. Manson himself was a seedy figure with huge delusions. His "family," who carried out the actual killing at his direction, were about as pathetic collection of young losers as could be found. But find them Manson did, in the ferment of mid-sixties Bay Area countercultural flowering. Most of them never quite figured out that he had spent most of his life up to 1967 in reform schools and other "correctional" institutions, where he was not "corrected" at all but learned even more about how to hustle people. One of the most striking facts in the new biography, in fact, is that his favored teachers and role models, besides imprisoned pimps, were L. Ron Hubbard, founder of the "Church" of Scientology, and the bestselling wholesome Dale Carnegie's handbook How to Win Friends and Influence People. In some things, at least, Charlie seemed to be a good student. He became a master of manipulation.

Biographer Jeff Guinn spent years on this book and it shows: He found Manson's relatives -- who understandably spoke to him under conditions of anonymity -- acquaintances, "family" members and others who had never spoken before in the numerous books about Manson; he recreates Manson's trashy, troubled youth and shows how his long residencies behind bars even before the "Summer of Love" seemed almost inevitable. While "little Charlie" had cute dimples and a nice smile, he had no father in his life and his mother -- 15 years old when he was born in 1934, in Cincinnati -- went to jail while he was very young. Charlie was troubled and trouble from the start, "obsessed with being the center of attention," and a cousin recalls "there was never anything happy about him." By the time he went -- briefly -- to regular school, he had "three interests -- he became fascinated by knives or anything that was sharp. He enjoyed handling guns... and above all, he fell in love with music."

Flash forward over episodes of armed robbery and car theft, stints in some rough institutions, where he was raped, did some raping, and learned to use knives in unwholesome ways, and in early 1967 Charlie was being released after a seven-year stint "inside" from Terminal Island prison in Southern California. Note that he was by then over 30, no flower child, and the hippies might have been well advised to follow the then-favored "Never trust anyone over 30" dictum, even it it was mostly a joke.

But Charlie could play some guitar and wrote some songs and, like millions of others, had big dreams of big rock-stardom. He headed for Berkeley, where he becomes a "stranger in a strange land' but quickly figured that the burgeoning hippie culture provided him with plenty of fresh naive fodder for his "Church of Charlie." He gathered unknowing young women from Berkeley and the Haight-Ashbury, where the clinicians at the landmark free clinic diagnosed him as an "ambulatory schizophrenic" with all manner of manipulative behaviors, not to mention a fondness for LSD, speed (Guinn focuses more on the ritual use of LSD, but amphetamines were more likely a bigger part of the picture) and marathon orgiastic sex directed by Charlie, and treated his "family" for sexually transmitted infections. But Manson said his gang were "slippies," not hippies, and thus they move south to chase his dreams of musical stardom.

That did not go well. He befriended some stars, used his pimping skills and girls to cultivate friendships with Beach Boy Dennis Wilson and charmed and impressed others like Neil Young to some degree. Wilson and Young called him "The Wizard." He wanted -- demanded -- auditions, but those didn't go well, not only due to his insufficient talent but also his smell and tendency to threaten, including with knives, those who disagree with him. Between bad deals of bad drugs and the constant need to hustle for food, automobiles, and rent, people started to die when they got too close to the Manson Family. The random violence arose from Manson's grandiose vision and absurd paranoid interpretation of Beatles' songs from their latest White Album, including "Helter Skelter," which Charlie just knows warns of an impending race war between whites and the blacks he has learned to hate from his long years in prison. "The Family was meant to rule the earth after Helter Skelter. It ordained by the Beatles and the Bible through Charlie. They would reign benevolently and the world would become a far better place."

That did not turn out so well either. When rejected by the music industry at every turn -- if somebody had just given him a recording contract, many lives might have been saved, and the record came out anyway -- Manson sent his minions to kill in a house where one of the producers who rejected him had lived, in order to bring about his vision a bit faster. The horrid story of the Tate-Labianca slaughters has been told too many times already, but Guinn has to do it again. The actual killers are all teenagers or not much older. They are so brainwashed that they run amok in blood for completely incoherent motivations and remain unrepentant through their brief fugitive period and trial, until years of prison show most how tragically deluded they'd been under Manson's spell. Guinn retells the search and capture of the dozen or so culprits, the long trials (where Manson once attacks a judge "In the name of Christian justice"), the media circus surrounding the whole affair, and the sad fates of those who encountered him. The loyal Lynette "Squeaky" Fromme, of course, tried to prove her loyalty by attempting to assassinate President Ford, but fortunately was as inept at that as in most everything else. She escaped from prison briefly some years after, but even perfect jailhouse records and fervent conversions to religious ministries have never freed a Manson follower, convicted killers who were saved from earlier execution by the banning of the death penalty in California after their sentencing. These are the kind of cases where even some who oppose the death penalty might have wished to make exceptions. In any event, nobody has bothered to calculate the sum total of tax dollars spent on the Manson family over the decades. It's probably best not to know.

One of the most striking things in this saga, though, is the strange durability and contagion of some of Manson's madness. He's been imprisoned this time since 1969, and was called "The Most Dangerous Man Alive" on the cover of Rolling Stone (a dubious claim given that Nixon was still president at that point). From his numerous public appearances, at doomed parole hearings, on in recordings, and in print, it would appear he has still not been "corrected" in any way and is still an uneducated, delusional, manipulative maniac. Yet he has remained an object of fascination to many, his songs covered by rockers both famed and obscure, films of his life made, his name and face popping all over on t-shirt and other images.

But perhaps most disturbingly and pathetically, he still has actual followers. One of them, who used to haunt Haight Street into the 1990s at least, recalled that the violence and manipulation was not to his liking but he did not want to give up access to the "girls" so he stuck around anyway. Another used to park an old van on the streets and try to sell Manson memorabilia. Some others, even those who did not know Manson during the brief couple of years he was on the "outside" and caused so much mayhem, have moved to the towns where he has been incarcerated, maintained websites in his support and honor, and at least one couple have recently carved up their faces as some of his women "family" did during his trial over 40 years ago. And of course, they, like Charlie, still maintain his innocence -- even his putative wisdom. Whether he killed with his own hands remains arguable, but that he was the cause of brutal murders is not. And as Truman Capote, no stranger to murderous tales and psyches since the years producing his classic study In Cold Blood, said about him, "I have seldom met a murderer who did not tell you he was innocent."

Capote, who met some of Manson's "family," also observed, in Rolling Stone in 1973, that Manson was just "an institutionalized thug" who used drugs and sex to take advantage of kids, in keeping with the Haight clinicians' suspicions years before. This in a nutshell is Guinn's conclusion as well -- his nearly 500-page book is a demythologizing of Manson, for anybody who still harbors any illusions about his real self. Manson was and probably still is a completely amoral, racist, misogynistic, antisemitic, physically abusive, megalomaniacal, failed little convict pimp. Guinn stretches a bit in trying to compare the Manson Family with The Weathermen, those failed violent radicals, but their motivation at least had some "political" leanings, however misjudged and distorted. How much Manson has ever truly believed his own ravings is somewhat mysterious, but Guinn builds a strong case that it was all part of Charlie's modus operandi since his childhood, and the stakes just grew higher and nastier. Guinn concludes that Manson "is a product of the 1960s -- and also of the 1930s, 1940s, and 1950s... By the time the 1960s arrived, Charlie was already a lifelong social predator" who "was always the wrong man in the right place at the right time."

The Manson murders have been seen as the end of "the sixties," ironically occurring in the same month as the Woodstock Festival -- a week before it, actually. But that's buying into the idea that there was anything of wider or deeper importance about the crimes. Guinn doesn't buy any of it. "There was nothing mystical or heroic about Charlie -- he was an opportunistic sociopath. The unsettling 1960s did not create Charlie, but they made it possible for him to bloom in full, malignant flower."

Manson: The Life and Times of Charles Manson will remain the definitive biography of this "true life criminal." It contains much history surrounding this case study of pathology. I hope somebody gives him a copy, and that he reads it if he is able. His own response or review might be something to read as well.