You see, many Chicagoans depend on street parking in neighborhoods where driveway and garage space is limited. And each winter, as the city is blessed with nearly 40 inches of snow, drivers break out the shovels to dig out their frozen cars. Now, shouldn't a person who makes the effort to shovel a public parking space be entitled that space for a little while? And shouldn't they be able to mark it somehow?

Therein lies the controversy of "parking dibs." Some feel the inconvenience of clearing a spot on the curb grants them a license to call dibs, holding the space open with chairs and assorted debris while they're not using it. Others feel this is downright selfish. This polarized debate is a fun yearly tradition. 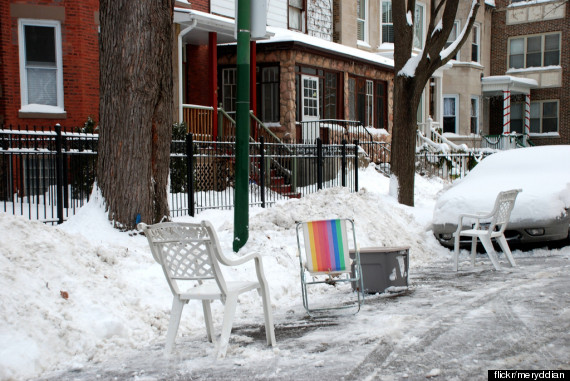 In his impassioned defense of dibs, columnist Mark Konkol argued that Chicagoans -- but particularly, for some reason, steel mill laborers and fathers who need more than two hands to count all their children -- believe in the rich rewards of hard work. Dibs are therefore an earthly prize for a virtuous existence -- with some caveats. For example, after the snow from one blizzard melts, all dibs are void. And the purest dibs are earned only through sweat and cathartic swearing.

On the complete other side of the fence is the guy who posted a Craigslist ad hawking dibs chairs, which he went around gathering from neatly shoveled streets. "I’m selling each chair for $5," the ad supposedly read, "regardless of condition or smell."

For its part, city government officials have been fairly neutral on dibs -- even voicing support -- so long as it doesn't drag on too long after a snowstorm.

So, are parking dibs principled or inconsiderate? The people of Boston seem to have joined the latter camp -- dibs were recently banned in the city's South End neighborhood.

Meanwhile in the Windy City, curbside debates occasionally turn ugly with vandalism and passive-aggressive notes. Regardless of which side you're on, we'd recommend against parking in someone else's pre-claimed spot.

Best of luck, Chicago. You've still got a long, cold, probably snowy winter ahead of you.

Take a look at some more dibs below: 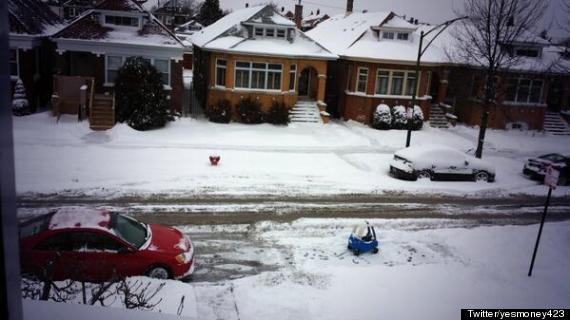 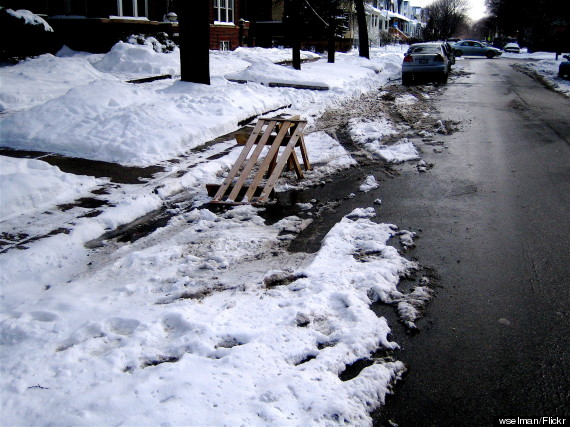 #Chicago residents are already calling dibs on their parking spots. pic.twitter.com/REV9EwB4J6” I love this town. #ChicagoHistory 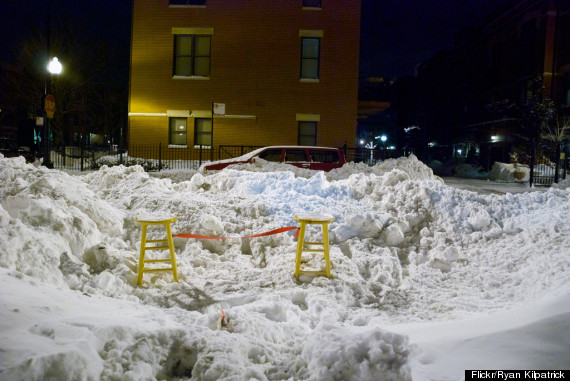 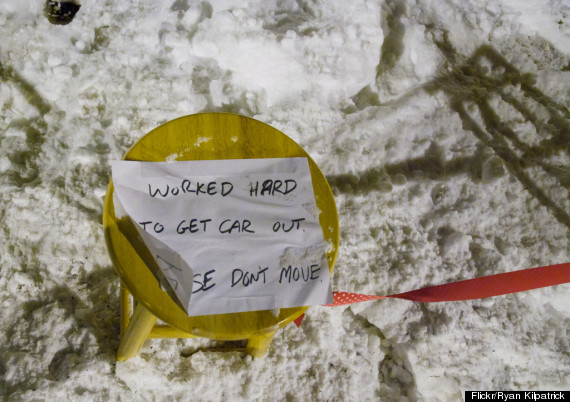