The McRib is a strange seasonal offering from McDonald's that's not, in fact, made from pork ribs. It's actually just a rib-shaped patty of ground pork that's slathered with barbecue sauce and served on a roll. Think that's a sham? Wait for it. In Malaysia, the McRib is made with chicken.

Much like its American counterpart, the Malaysian McRib features a rib-shaped patty. It's available now for a limited time, according to McDonald's Malaysian website. 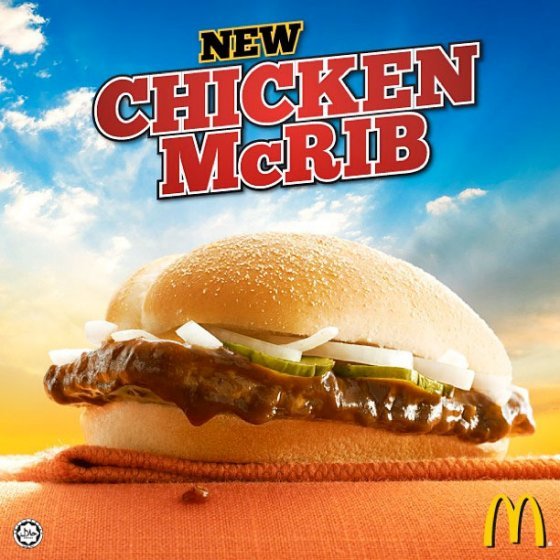 We're thinking the McRib's poultry makeover is an appeal to Muslim customers, who are forbidden from eating pork. About 61 percent of Malaysia's population is Muslim, according to the Washington Post.

As far as we can tell, however, religious practices are not one of the 101 reasons to try the McRib offered in McDonald's official ad campaign for the sandwich.