Despite the same blue eyes, subtle grin, and cheery disposition, the two sides of the image of Noah below tell very different stories.

At just 4 years old, Noah on the left is a cancer patient living with AML, a serious, rare form of leukemia. After years of chemotherapy, a bone marrow transplant, and seemingly endless hospitalization, Noah on the right is living cancer-free and happily — just like every 7-year-old should be.

Noah had been an actual patient of Children’s Cancer Center at the University of Mississippi Medical Center. The before and after images of him were highlighted in the hospital's recent "My Life is Proof" marketing campaign.

Noah's photos are a reminder that he is one of many inspiring kids whose brave spirit has helped them battle cancer.

Deryn Blackwell, a 14-year-old from Watton, England, was given just three days to live, after being diagnosed with both leukemia and Langerhans cell sarcoma. Even after being sent to end-of-life hospice care, Deryn fought back. On Feb. 25, he was officially deemed "off treatment," according to the inspiring blog he started with his parents, DoEverything.

PHOTO GALLERY
10 Facts About Cancer That May Surprise You
Robbie Couch
Associate Editor of Impact, The Huffington Post
Suggest a correction 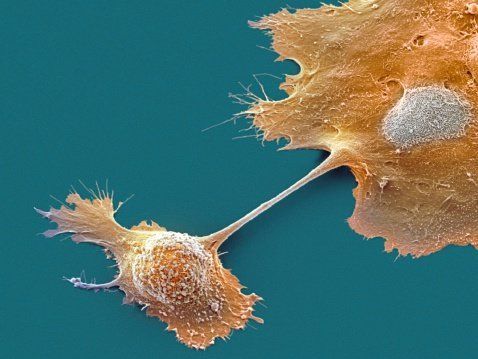 1 / 28
The Deadly Truth
Cancer causes about 30 per cent of all deaths in Canada: On average, 200 Canadians die of cancer each day, adding up to more than 75,000 deaths per year.