BEIJING -- When Ma Fahong approached the immigration desk at Los Angeles International Airport, the customs agent had only two questions for her.

“How much cash do you have on you?”

Ma is part of a growing wave of Chinese women who are flocking to the United States -- California, in particular -- to have children who will grow up as American citizens. The 14th Amendment to the U.S. Constitution guarantees citizenship to every person born on American soil, a fact that has long motivated foreigners from all over the world to give birth in the U.S.

The conversation about immigrant families in the U.S. is typically centered around people from Latin America seeking economic opportunities in the States. But as incomes in China rise and visa hurdles fall, women from China are making up a larger share of foreign births in the U.S, and they’re complicating many of the popular ideas about immigrant mothers.

Most of the Chinese mothers come with large sums of cash at their fingertips, money they often spend on houses and luxury goods. While many, like Ma, enter and give birth in the U.S. legally, others buy package plans from “birth tourism” agencies -- profit-seeking and sometimes illegal organizations that arrange accommodations and hospital visits for groups of Chinese women. These businesses have clustered in California, a top tourism destination that also boasts large Chinese-American communities that make many expectant mothers feel at home. 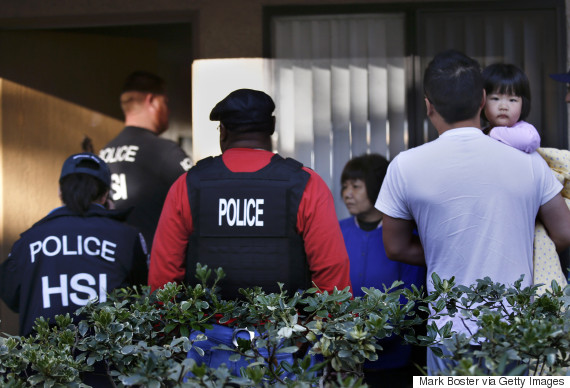 No reliable data exists on the number of Chinese births in the U.S, but estimates by industry publications projected a total of 60,000 for 2014, a sixfold increase over 2012. Awareness of the trend skyrocketed in China in 2013 when the popular romantic comedy “Finding Mr. Right” portrayed a Chinese woman, the mistress of a wealthy businessman, sneaking into Seattle on a tourist visa in order to buy Gucci bags and have an American child.

That film popularized and sensationalized the phenomenon, but Ma and her husband, Zhu Yuesheng, are much more low-key. Born near the dawn of Chinese economic reforms in the late 1970s, Ma and Zhu left behind the farms their parents tilled in order to attend college. Riding China’s economic boom, the couple sought work in the southern manufacturing powerhouse of Guangdong province, eventually starting their own factory that produces computer handbags.

When the couple had their first child a decade ago, legally giving birth in the U.S. was only an option for the wealthiest and most cosmopolitan Chinese couples. But over the past 10 years, visas to the U.S. have become easier to get for Chinese nationals, and the country's per capita GDP has more than doubled.

In the Chinese romantic comedy "Finding Mr. Right," a Chinese mistress (Tang Wei) has a baby in Seattle on a tourist visa.

In that same span of time, China has also been plagued by health scandals that have struck fear into expectant mothers. Food safety scares -- including tainted infant milk powder -- often dominate the news, and the public has woken up to the dangers of the toxic smog engulfing many Chinese cities. One recent study linked high levels of air pollution to lower birth weights that put babies at risk in their first month and later in life.

But foremost in many Chinese parents’ minds are the educational opportunities available in the U.S. Weary of their country’s test-obsessed education system, record numbers of Chinese parents have been sending their children to American kindergartens, Ph.D. programs and everything in between. An American passport makes many of these opportunities cheaper and more accessible.

Having a child in California is not cheap for Chinese parents: Package deals at maternity hotels often start at $20,000 and go much higher. Ma and Zhu chose to rent a room from a friend in Long Beach, but they still estimate that they spent around $30,000 in total.

But even those high outlays essentially pay for themselves in many cases. If Ma and Zhu had given birth to their second child in China, they likely would have faced fines equal to $40,000 for violation of the country’s “one-child policy.”

Zhu first traveled to the U.S. in 2008 for a trade show in Las Vegas. (His initial impressions of America: “Dry and lots of gambling.”) It was through the international sales of his factory’s handbags that he and his wife first met Cora Callanta and her husband, who would eventually host them during their stay in Los Angeles. 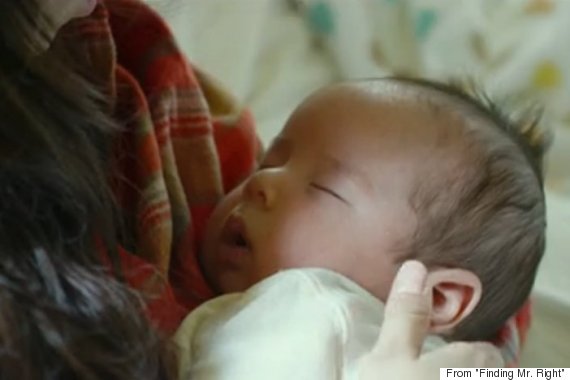 Callanta is an immigrant herself, having followed her mother to the U.S. from the Philippines as a teenager. Her mother worked hard to support nine children, and that experience shaped how Callanta views Ma and another Chinese woman who stayed with their family while giving birth.

“[My mother] instilled in our minds that you are not to go on welfare. You’ve got to work hard and support yourself, and you don’t depend on the government for anything,” Callanta told The WorldPost. “I see the two Chinese families that I’ve crossed paths with and they’re the same way. They’re not taking advantage of the system.”

But not all observers are so sanguine about the trend. Sen. David Vitter (R-La.), who has called the phenomenon “nuts,” is one of several senators to introduce legislation that would end birthright citizenship. Jon Feere of the Center for Immigration Studies has testified before Congress, arguing that “birth tourism” represents a major abuse of immigration law.

“One of the key problems with birth tourism is that that birth tourists are effectively taking control over U.S. immigration and citizenship policy by turning a grant of temporary admission into a permanent stay,” Feere told The WorldPost in an email. “And they're doing it through fraud, lying to our officials.”

Federal investigations in Los Angeles found that many of the maternity hotels didn’t pay taxes on millions of dollars in income, and that employees had coached expectant mothers on how to hide their true intentions from visa and immigration officials. 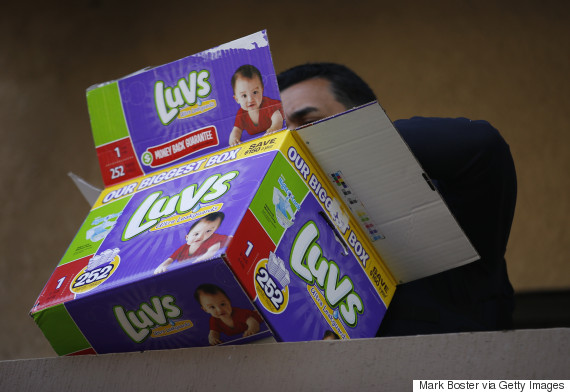 A federal agent examines a diaper box obtained during a raid at a maternity hotel in California.

Agents also discovered evidence of agencies or mothers defrauding hospitals, sometimes by relying on discounts for impoverished mothers. One family that paid just a small fraction of its $28,845 hospital bill was found to have purchases at Louis Vuitton and Rolex on its bank statement.

For the time being, the federal raids may have slowed the influx of Chinese visitors. One consultant who arranges birth tourism trips told The New York Times' Chinese edition that business has dropped 30 percent over the past month.

But in interviews, several Chinese parents remained optimistic about their children’s bicultural futures. Zhu and Ma hope to send both of their children to a private school in Los Angeles beginning in either elementary or middle school, and the couple wants to travel between China and California until they’re too old to make the trip.

Asked if their American-born son would grow up feeling Chinese or American, Zhu told The WorldPost, “I hope he can balance both.”