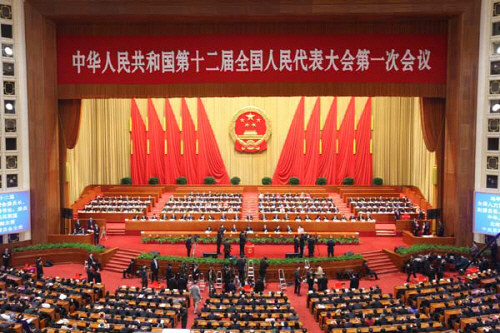 By Hong Soon-do, Beijing correspondent, AsiaToday - China will confirm new members of the Politburo Standing Committee, the top decision-making body of the Communist Party, at the 19th National Party Congress in the autumn of 2017. Then the members will be assigned as the party's top leadership at the 13th National People's Congress in March 2018. In other words, the new composition of power will be made before the country's new full-fledged administration begins.

Recently, a rough lineup of the members has been revealed. According to Beijing's informed political circles on Wednesday, it's certain that Xi Jinping will remain as the head of state. Premier Li Keqiang is also expected to remain in office. However, he could be replaced if there are voices of disappointment over economy for the last five years. If this is the case, Vice Premier Wang Yang will emerge as the strongest candidate. Another potential candidate is Liu He, director of China's Office of the Central Leading Group on Financial and Economic Affairs. Premier Li would have no choice but to move his position to either chairman of the Standing Committee of the National People's Congress or Chairman of the Chinese People's Political Consultative Conference.

If Premier Li remains, Wang Yang will likely to become Vice Premier. If he fails to hold the position, he could also become President of the Central Party School and the 5th-ranked member of Politburo Standing Committee. Li Zhanshu, Xi Jinping's Chief of Staff and the Director of the General Office, is expected to move his position to Chairman of the Standing Committee of the National People's Congress. Wang Huning, a policy adviser to Xi, is highly likely to become the 4th-ranked member of Politburo Standing Committee and Chairman of the Chinese People's Political Consultative Conference.