Well, I guess I am bad at keeping promises because I am going to compare my Christmases growing up in the 70s to today's Christmases.

I was a child of the 70s and anyone who has grown up in the 70s, or anyone who just loves that era, knows it was unique in just about everything: music, clothing, speech, style, and even with protests. The 70s definitely had an impact on the rest of the 20th century.

I thought I would take this opportunity to compile a list of how Christmases in the 70s were different, yet not so different.

1. A Life Before the VCR.
I grew up before the era of VCRs, YouTube, and Netflix. Because of this, the TV Guide was essential reading during the holiday season as it was used to schedule the family's time together. If you missed a Christmas special (and there were many) then you just missed out.

There were no VCRs to record Christmas specials with if you were too busy to watch them the one or two times they were shown. With the advent of cable television and satellite TV, these shows are now shown hundreds of times throughout the Christmas season. Nor was there Netflix or Amazon Prime, which shows the specials a 1,000 times (or so it seems).

If you missed it, well, you were out of luck.

2. Toys.
The toys were the best. They were classics. Some of the toys from the 70s are still coveted today like the Rock' Em Sock' Em Robots and Stretch Armstrong. I had these when I was growing up along with G.I. Joe, the little green army men by the hundreds, Etch A Sketch, and an air rifle . . . no political correctness in the 70s, for sure.

Today is ssooo different. Kids want -- and demand -- expensive gifts. They want cell phones, iPads, tablets, Xbox, and money (and lots of it). And the sad part about it is, today's parents cave in and go into debt just to please them.

3. Days Off.
In today's world of consumerism, a person would be lucky to get Christmas off. They would be even luckier to get Christmas Eve and Christmas Day off, seeing how corporations are trying to squeeze every minute out of their employees and every penny out of the consumers.

But when I was a child we got plenty of days off. Firstly, we got Thanksgiving and the weekend off . . . four days! Then we got off early on Christmas Eve and we were off through the weekend. The Christmas holiday ran into our winter break then we got New Year's Day off including the weekend . . . practically a month off.

That is the biggest thing I missed about being a child during the holiday season.

4. Sitting at the Kid's Table.
Sitting at the kid's table conjures up negative thoughts and is always the butt of comedian's jokes, but it wasn't really that bad. Well, the table wasn't the best. It was usually a beat-up card table with folding legs and mismatched chairs. There was always a leg shorter than the rest, which made the table rock. We usually had a piece of cardboard duct-taped to the leg in order to keep the table from rocking.

It usually had a tacky, cheap tablecloth (?) made of vinyl, which was always sticky . . . we didn't dare try to find out what caused the stickiness but it was probably cranberry sauce left over from last year.

The kid's table was like ringside seats to a high profile boxing match. Just imagine journalists and shady looking people in suits smoking cigars sitting around the ring. We got to see the fight of the year and be just out of range of any food being thrown, but just in earshot of the profanities.

This is what Christmas is about -- family.

5. Children Playing.
Christmas Day was the busiest day on our block. Every child was outside, regardless of the weather, showing off their gifts. All the boys and girls with bicycles could be seen huddled together ogling and eyeing each others bikes . . . never satisfied with their own.

There would be kids with their wagons pulling the smaller kids and there was always one who was trying to hitch their dog to the wagon. Kids playing catch with their footballs, girls showing off their dresses and dolls. Girls skating nervously down the sidewalk wearing their new roller skates while trying to keep their balance.

There would be kids with their air rifles and six shooters playing cops and robbers, cowboys and Indians; chasing the local stray cat trying to shoot at it. Snowball fights starting at the drop of a pin. Their imaginations running wild.

This was a busy time for the kids on our block. This is what kids lived for.

Today is different though. The streets are empty except for one lonely child on his bike. The kids are now sitting in front of one of many TVs in the house with their Xbox while their parents are watching football on another TV . . . all in separate rooms. It's this or they are glued to the four-inch screen on their cell phone or eight-inch screen on their tablet.

But the one thing the kids today and the kids of the 70s have in common is that, after a week or two, the gifts always lose their glimmer and the kids will be demanding something newer and more expensive.

What do you think? Did you love Christmases in the 1970s? 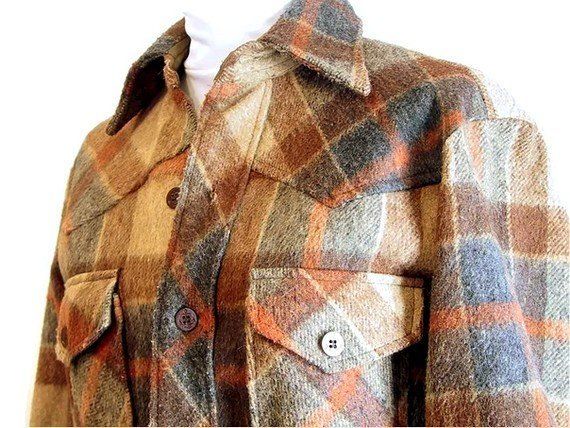