Although retailers seem determined to start the holiday shopping season as early as October these days, for many of us the hustle and bustle of the Christmas season does not start until after Thanksgiving. We bring boxes of holiday decorations out of storage, place candles in our windows, buy a tree, start baking cookies, and do whatever else our families have traditionally done over the years to celebrate the holiday. The Library Company's photographic collections confirm that Philadelphians of a hundred years ago celebrated the holiday in many of the same ways as we do now.
Some of the busiest public spaces in Philadelphia, like Independence Square, were decorated for the holiday season during the early 20th century. At 6PM on Christmas Eve 1913 in front of a crowd estimated at 20,000 people, the mayor's wife threw a light switch to illuminate a huge spruce tree behind Independence Hall. Decorated with 4,200 red, white, and blue lights and topped with a star of 56 lights representing each signer of the Declaration of Independence, the Philadelphia Inquirer described the spruce as the "first Christmas tree that ever was set up for all the people of the city." 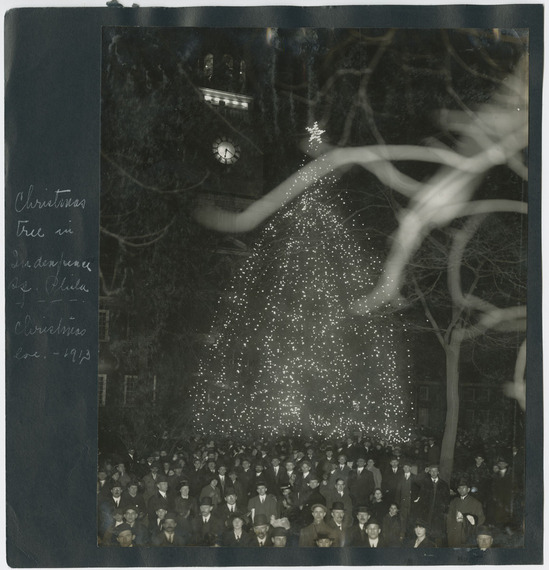 Trees on a much smaller scale were put up in Philadelphians' homes and also lovingly, if seemingly chaotically, decorated. Strands of beads, fans, dancing figures, and miniature parasols competed for attention with simpler ornaments. Additionally, elaborate model railroads and miniature village scenes adorned the spaces below many of the trees. 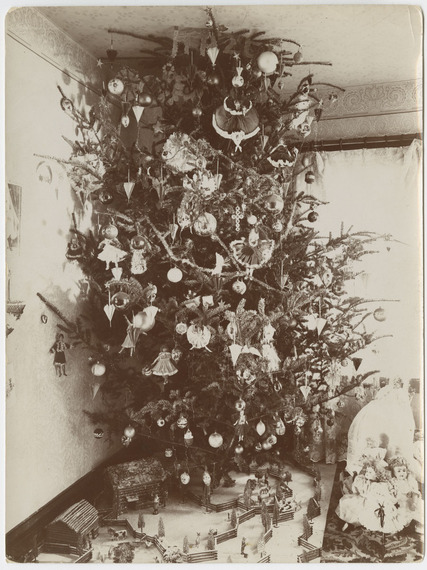 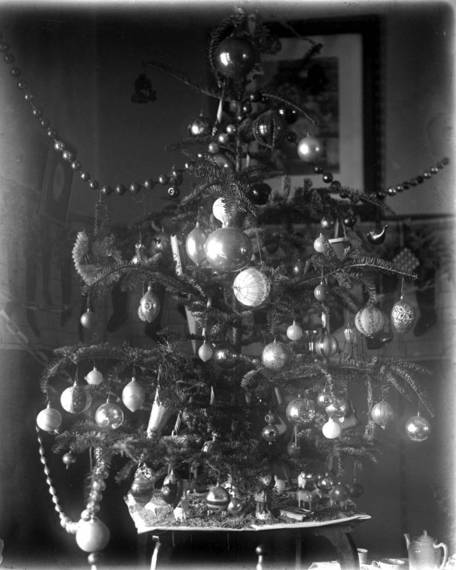 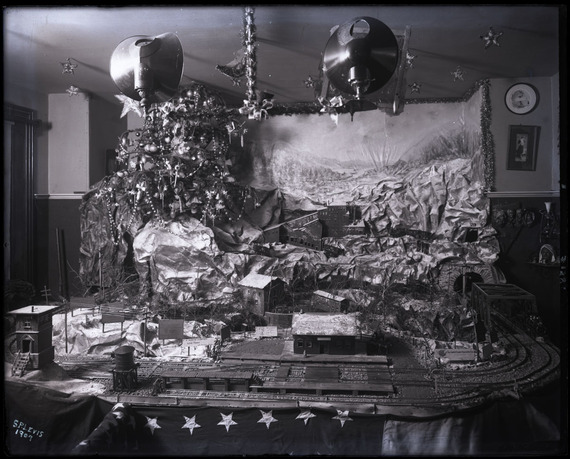 Without their decorations, the trees themselves were rather forlorn looking specimens, lacking the fullness and triangular shape coveted by consumers today. Unless we were channeling our inner Charlie Brown, most of these trees would not be a part of our Christmas celebrations today. The owners of these trees, however, did not attempt to hide their "bald spots," nor did they cut off the trunk bottoms to make sure their trees did not touch the ceilings. They decorated them as they were, and proudly took photographs showing the results of their labors. 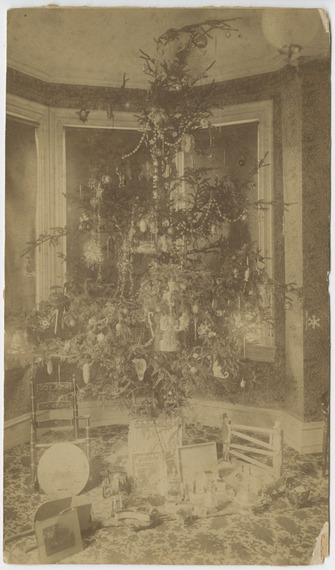 Underneath these trees, whether scrawny or full, short or tall, Santa, as he does today, left wondrous presents for children to discover on Christmas morning. Happy Holidays!