Throughout that glorious march of progress we never felt the need to change the words of our Constitution, because the truth was the Founders set down a much better document than they had any intention of living out. Granted, except for that whole three-fifths part, but now we cross that out so that no one will ever know.

Until, of course, Citizens United vs. Federal Elections Committee. Now corporations are citizens, and we all know they are much, much better citizens than mere people. Our new Corporate-American brethren have demanded a new Constitution by the end of the week, and Congress (ever responsive to the needs of their best citizens) turned it around in less than a day.

So here it is, ladies and gentlemen: A better Constitution for our new, better citizens. 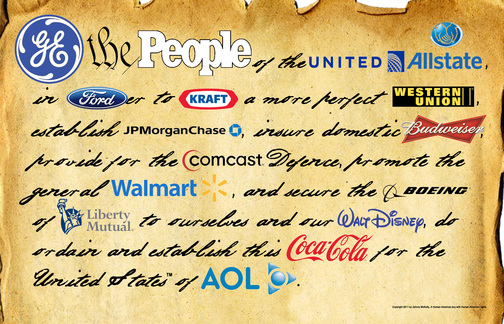