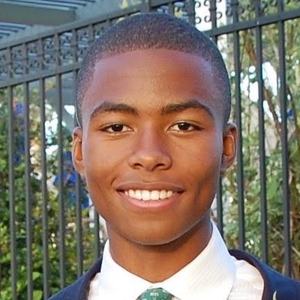 Incessantly egging on my friends and warming up my audience, I ask again, "Ready...? Here we go!" As I squat, I position myself to execute my next escapade. Today's task: exploding a juice box.

There was always something inexplicably attractive about receiving attention, so throughout my childhood, the sound of laughter was my muse. I had an appetite for approbation (clearly not from teachers, but from my peers), and nothing was more satisfying than earning the missing-tooth smiles of my immature friends.

Seated politely at their desks, my poor classmates were trying to enjoy lunch peacefully, but what is a meal without a show, I thought. And with that, I plopped onto my juice box. Unfortunately, my stunt failed; the juice simply poured out of the container without creating the mushroom cloud of beverage I had envisioned. Despite this disappointment, my friends reacted just as I had expected, jumping to evade the anticipated blast radius, screaming in disgust, and the odd few, giving me the drug I desired most: laughter. The high was incredible, but my ecstasy was short-lived. Searching for smiles, I turned to see a less-than-pleased teacher who, hearing the disruption, summoned me with a beckoning finger curl. After being reprimanded, my antics led to another level of attention I had not anticipated. She chronicled my behavior in an email to my parents. Needless to say, my juice box bomb awarded me an ill-flattering but well-fitting behavioral report reflecting the day's escapades.

In middle school, I could no longer get away with such blatant misbehavior. Instead, I disrupted class with lackluster jokes, only provoking laughter because of their inappropriate timing. But, I was soon struck by the gravity of being the class clown: my reputation was outweighing my innocence, defining my experience as a student, and compromising my academic life, despite my intelligence. The repercussions of my behavior were no longer worth the reward of a few chuckles. This recognition defined my maturation and freed me from my self-imposed shackles; I would no longer be a slave to laughter. It was time for the next chapter in my life, one defined by academic focus and exemplary school citizenship. This chapter (entitled "Self-Improvement"), was lengthy, but by the next chapter ("New Beginnings"), I emerged as a redefined character, one whose hunger for attention and laughter evolved into a thirst for knowledge and service. The more I focused on academics, the more I enjoyed learning; the more my peers and teachers believed in me, the more I wanted to give them a reason to keep their faith.

Ironically, being a class clown may be one of best things that ever happened to me. It shaped me into the person I have become, and helped me to develop my new muse: leadership. Leadership supported my maturation, as I began to realize I could positively influence my peers. My classroom antics gave me confidence and a voice to embrace public speaking -- even though at the time, it was in a negative light. Being the class clown gave me the foundation I needed to be elected class president three consecutive years, and ultimately, president of the student body. Now, I am confident enough to represent the student body as its spokesperson to school administrators and make recommendations to improve the experiences of all students at school.

The transformation from class clown to class president was not easy, but revealed my full potential: I learned that actions speak louder than words, and new actions speak louder than old ones. In truth, I still appreciate laughter. However, I now recognize there is a time and place for everything, because integrity and citizenship take precedence over laughter. So while I am more mature, I will remember my class clown episodes as a souvenir - and as a roadmap for the rest of my life.

Drew Crichlow will be a freshman at Yale in the fall and just graduated from Montclair Kimberley Academy.