Many Americans think hunger is an issue that affects "someone else." It does not touch their lives or their communities. And it does not affect anyone other than the homeless or the extremely poor.

The truth is over 50 million people in the United States quietly struggle with hunger. As a child, I was one of those people. I had a single mother who worked hard just to make ends meet. I still remember how important it was for me to receive lunch tickets every week so I could get a free, hot meal in the cafeteria as part of my school's free lunch program.

So when the Ad Council and Feeding America approached Cutwater, I knew I was immediately interested in getting the agency involved. Together, we released a series of English and Spanish Public Service Announcements (PSAs) that aimed to help more Americans understand the issue of hunger up close, and support the work of food banks and food assistance programs throughout the country.

Our first PSAs in 2010 highlighted the fact that 1 in 6 Americans do not always know where their next meal will come from -- and the campaign made a huge splash. Celebrities such as Matt Damon, Ben Affleck, Taye Diggs and Ana Ortiz, helped counter stereotypes and share little-known statistics about food insecurity in America. 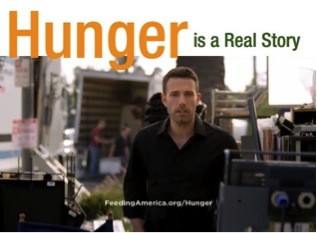 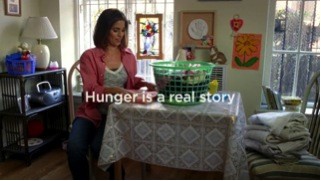 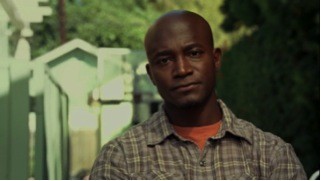 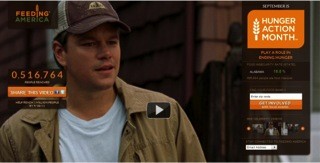 In 2012 we released another series of Feeding America PSAs, this time to raise awareness of the Summer Food Service Program, which helps provide nutritious meals during the summer months to millions of children who rely on free or discounted school lunches.

So far, the campaign has been extremely successful in raising awareness of hunger in America. We've received more than $200 million in donated media from 2008 through March 2013, which ranks among the Ad Council's most visible PSA campaigns. In 2012 alone, the PSAs garnered $57.5 million dollars in donated media, which is the highest sum the campaign has ever received over the course of a year. According to a July 2012 tracking study conducted by the Ad Council, those who were exposed to our PSAs were more than four times more likely to take action to address the issue of hunger or to say that they care passionately about it.

The true face of hunger has motivated me and the entire Cutwater team to want to do more. We've put a lot of heart and soul into each of our PSAs and even taken the time to volunteer at local food banks. Through our efforts, we've come to believe that everyone can pitch in to solve the problem of hunger in America. Can you imagine the impact we could have if everyone who saw our PSAs supported their local food bank or made a financial contribution at FeedingAmerica.org?

Hunger is closer than people think, but -- as someone who has come out on the other side -- I know that so is the solution.