Colorado's lawmakers are going back to work this morning to decide the fate of seven bills during a special legislative session that Gov. John Hickenlooper called last week after House Republican leadership killed more than 30 bills, including the same-sex civil unions bill.

House Speaker Frank McNulty has assigned the civil unions bill to the Veterans and Military Affairs committee -- what is being called a "kill committee" -- where it is expected to die. Read the full report here.

Although there are seven bills up for vote, Colorado's civil unions bill is the one in the spotlight. Last Tuesday, despite bipartisan support and the bill's successful passage through the state Senate and three House committees, Speaker of the House Frank McNulty (R-Highlands Ranch) refused to call up the civil unions bill and let it die as the regular legislative session ended last week. And now that the special session has been called, many speculate if McNulty--a practicing Catholic who refuses to even use the term "civil unions"--will give the bill a fair shake this second time around.

The civil unions bill is expected to be introduced in the House Monday, but it is Speaker McNulty's decision to have the full House vote on the bill, which is what supporters of the bill want to happen, or to have it go to a House committee first where it could be killed quickly.

The civil unions bill does not just has bipartisan support in the state legislature, it is also widely supported by Coloradans -- a recent poll by Public Policy Polling showed that 62 percent of Coloradans said they are in favor of the civil unions bill, while 53 percent said they would like to take it a step further and just legalize gay marriage. According to Fox31, political analysts say that McNulty will have to decide for himself whether he wants to allow a full and fair debate or "become the face of the anti-gay rights movement in Colorado."

But Hickenlooper is putting the pressure on lawmakers to take action and not avoid it by letting bills die without a fair debate, telling them in a letter he sent to the General Assembly, "Transparency, accountability and the virtues of good government are compromised when the legislative clock is used to avoid consideration of important legislation. We owe it to the people we serve to do better," 7News reported.

“Much of this legislation had significant bipartisan support and addressed subject matter crucial to the people of Colorado and the effective, efficient operation of state government,” Hickenlooper wrote in an executive order. “The ramifications of the General Assembly’s inability to take up the business of its people will negatively impact the State of Colorado and hamper its ability to serve its people. These extraordinary circumstances require a special session of the General Assembly.”

The seven bills to be considered by the special legislative session:

The special session does not come cheap -- it will cost $23,500 per day, but there are 15 days already budgeted for the current fiscal year without any additional cost taxpayers, according to a press release from the governor's office. However, it's possible that the session could run longer -- it's entirely up to the amount of time it takes the lawmakers to debate and vote on these issues.

However, as Hickenlooper said in his press conference announcing the special session, he can't force the lawmakers to vote. Meaning just calling the special session does not guarantee the same kind of stalling that took place on Tuesday wouldn't take place again. But, hopefully, given the scrutiny and price tag that comes with a special session, the House will at least give these bills the chance they deserve.

This will be the first special session called since 2006 when the General Assembly was called to readdress immigration bills.

Lawmakers will begin the special session at 10 a.m. Monday morning and gay rights advocates are expected to gather outside the Capitol at 9 a.m. 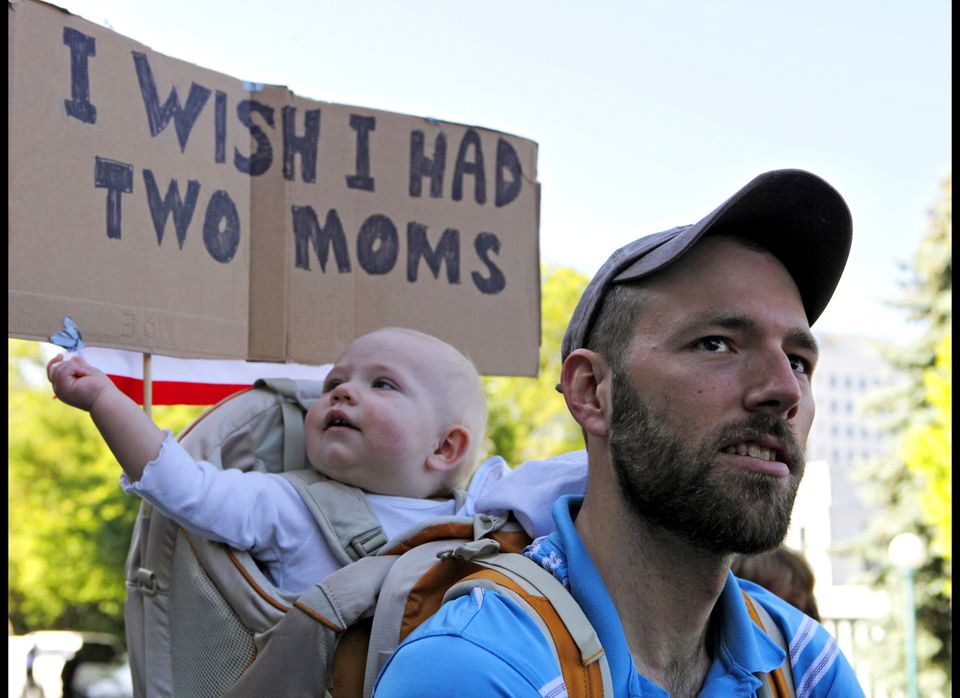 1 / 18
Andy Schmidt, Nora Schmidt
Andy Schmidt and his 10-month-old daughter Nora attend a rally supporting Civil Unions at the state Capitol in Denver on May 14, 2012. Colorado lawmakers were called back into a special session on Monday to vote on several bills including Civil Unions. (AP Photo/Ed Andrieski)
AP