There are a lot of guns out there. Despite the more radical gun owners believing that Obama wants to take guns away, the numbers prove just the opposite. Comedians Steve Hofstetter, Brent Mukai, and Collin Moulton went to a Las Vegas gun show to highlight just how easy it is for anyone to get their hands on a gun.

They then go on to try and buy a house, rent a car and obtain a fishing license, all of which not only take longer, but also require a lot more paperwork and processing.

Editor's note: Hofstetter responded to those who believed he might have acted illegally in the video's comments, saying ...

For those saying how Brent and I will get arrested for making a straw purchase, you are not lawyers, and you are very wrong. We were careful to not actually follow through with the straw purchase -- just to show that we could have. Brent legally owns (and has) the gun. He never bought it for me -- we just made it look to the dealer like that was a possibility.

PHOTO GALLERY
27 Ideas I Submitted To GunTV, The Home Shopping Network For Guns
Download
Calling all HuffPost superfans!
Sign up for membership to become a founding member and help shape HuffPost's next chapter
Join HuffPost

Comedian With Hidden Camera Gets A Gun Without ID In Under 5 Minutes
27 Ideas I Submitted To GunTV, The Home Shopping Network For Guns 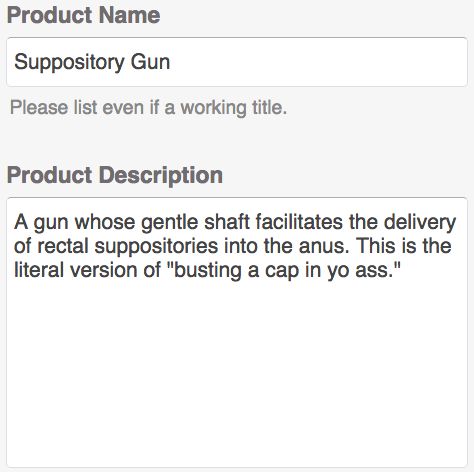