Comic Con is as much a showcase for science-fiction and fantasy as it is a four-day stage for cosplayers. Short for costume play, the activity has grown into a subculture for superfans of the genres, who create costumes — by hand — of their favorite fictional characters. For the most committed, this involves not only wearing the part, but also taking on the personalities of their characters.

Each year at San Diego Comic Con brings a mix of the familiar and the unimaginable — for every Batman, there’s a Sesame Street Stormtrooper around the corner. Ahead of the festivities at this year’s international event, we spoke to a group of cosplayers and cosplay experts to pinpoint which characters we can expect to see at the convention this weekend. The range — from comic books and manga to video games and TV shows — was overwhelming. But in sifting through, we emerged with five categories that every character could neatly fit into (with some crossover). Read on for some of the biggest costumes to watch for this year, from those who wear them best. 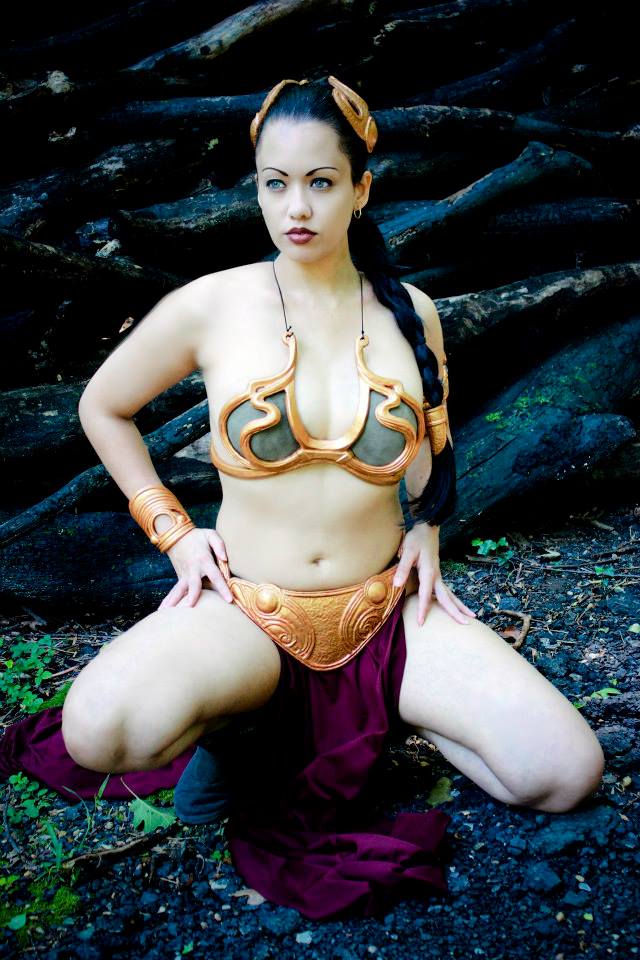 The most popular characters to frequent Comic Con tend to come from the Marvel and DC worlds, according to Ejen Chuang, author of Cosplay in America. However, the fandom universes are intersecting ones, and Chuang says you’ll see Iron Man at an anime convention just as you will bump into Naruto characters at a comic book convention. You’ll also find characters that cosplayers grew up with — “Princess Leia resonates with a lot fans because they grew up watching her be a really strong female character,” said Jill Pantozzi, cosplayer and associate editor at The Mary Sue. This year brings a new spin on a classic — Superman, Man of Steel edition. 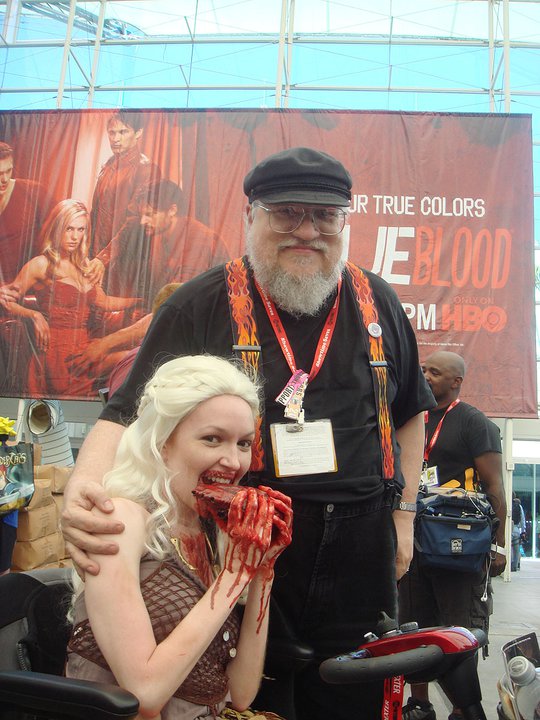 When an obsession surfaces in our culture — be it a buzzy new TV show, film, or comic book — chances are it will be reflected in the cosplay world for however long it’s in mode (usually a few years). According to Chuang, My Little Pony is dying down a bit this year, while Adventure Time is still going strong. Dr. Who is one of the greater success stories in recent years, though its had its own convention, Gallifrey One, since 1990 (according to Chuang, it’s already sold out for 2014). Cosplayer Hannah Black credits the rise to new showrunner Steven Moffat, who played a large role in bringing Dr. Who to a mainstream American audience — and to Comic Con itself. 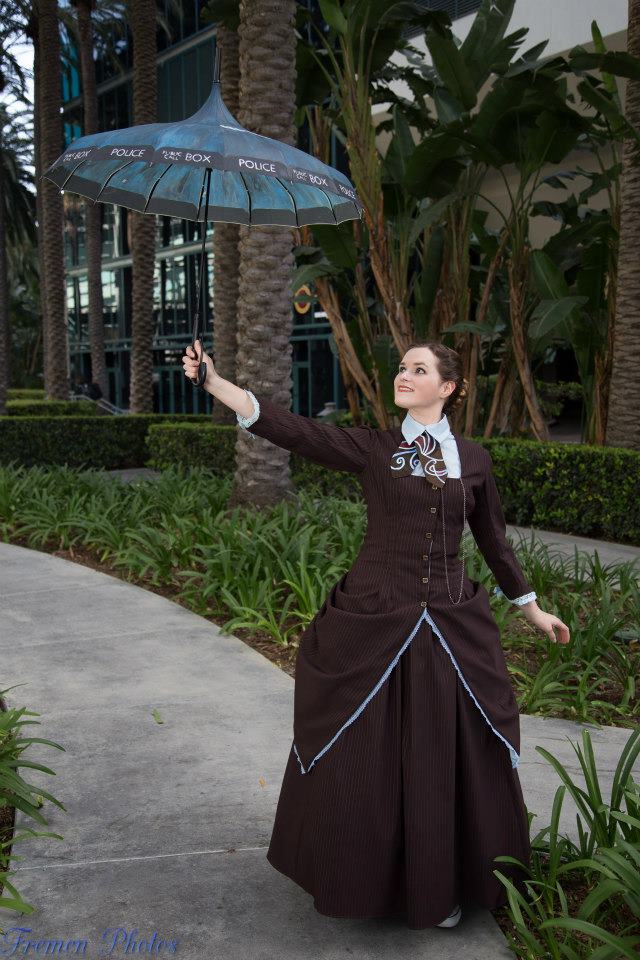 Why be one character when you could be two? Our cosplay panel tended to agree that mash-ups are some of the most fun costumes to witness — no matter the new trends, shows and comic books percolating, these are the unexpectedly clever ones, the ones that prompt passersby to ask, “Who are you supposed to be?” Take cosplayer Hannah Black, who has cleverly mixed Dr. Who’s time machine (known as TARDIS) with pairings from Captain America’s USO Girl to Sailor Moon’s Sailor Scout. Black is pictured here in a Victorian take on Dr. Who (with a TARDIS parasol) — while not intentional, it’s been mistaken for a Mary Poppins/Dr. Who mash-up enough times that Black’s embraced it, finding the pairing apt. “I’m completely cool with people thinking I mashed those two together because Mary Poppins definitely has Time Lord qualities,” Black told us. 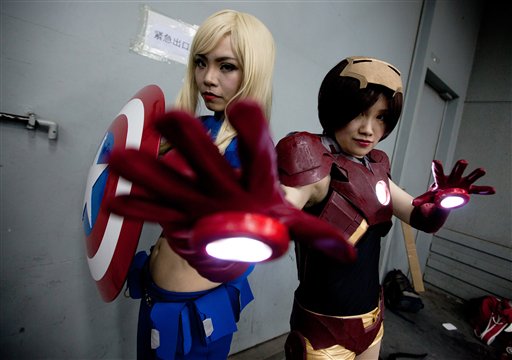 Female versions of Captain America and The Avengers/AP

Like any good subculture worth its salt, cosplayers will often make conscious decisions to reflect — or subvert — a cultural norm. Dressing as a character of a different gender, has been huge in the past few years, according to Pantozzi. Referred to as Rule 63 (an internet rule establishing that, for any given male character, there is a female version of that character), female versions of male characters are far more common, mainly because there’s more social stigma attached to the reverse. Writer and feminist Dr. Who blogger Courtney Stoker told io9, “Women passing as men are destabilizing gender by illustrating how easy it is to perform the opposite gender, by showing that all gender performance is performance, since cosplay is fundamentally performative.” 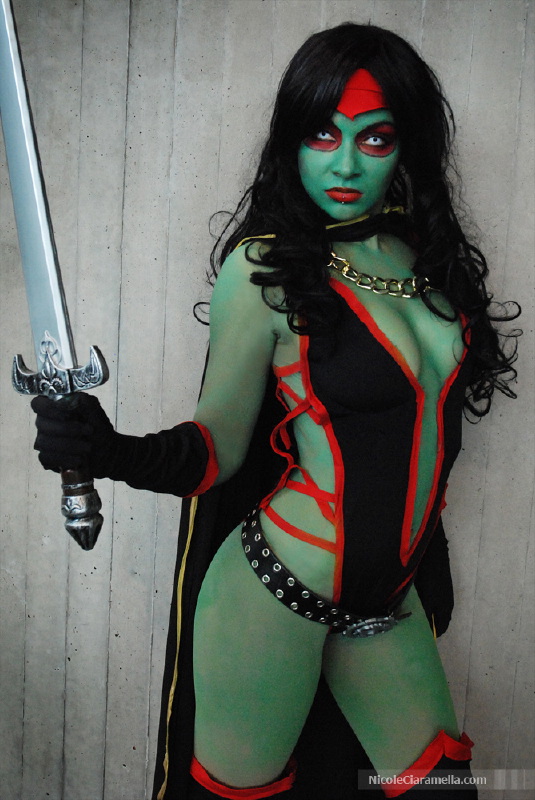 Every year brings with it a new slew of comic book films to the big screen and video games to consoles, giving cosplayers renewed interested in a particular series. This year is ripe for the picking — Elysium, After Earth, Oblivion and Pacific Rim all hit theaters in 2013. As for this year’s Superman reboot, cosplayers can’t just pull out old costumes to truly inhabit the Man of Steel. According to Victoria Cosplay, the differences include no yellow belt, red briefs or yellow “S” on the back of the cape; add in bracers on the wrists and a Kryptonian design in the center of the suit and along the leg. “The hair is different too,” she added. “He no longer has the curl in the front.”

Most diehard cosplayers — many of whom dress for upwards of 10 conventions a year — make their own costumes, or pay a skilled fellow cosplayer to do it. Here are a few words from the wise on how it’s done...

“In the past I made my costumes a lot slower because materials weren’t so available. Back six-plus years ago, there were very little wig selections. People would hand dye wigs with markers!” — Soni Aralynn, cosplayer and model (pictured above)

“We love crafting and making our own costumes and accessories. If there’s something we can’t create or if we’re not the best at sewing, there are plenty of talented people within the community who you can hire to make something for you. My Black Canary was easy to put together because the pieces were easy to find and it was affordable; a little over $100. Something like Wonder Woman or Huntress is more complicated and takes weeks to create, as well as a larger budget. My Slave Leia and Wonder Woman are worth over $300 each.” — model Victoria Cosplay (pictured above)

“Many of the more intricate armor type builds can take upwards of 100-150 hours of work. The cost depends largely on the materials used. Costumes that made mostly from foam sheets can be as little as $100 and more complex, fiberglass costumes can reach into the thousands.” — Bill Doran, propmaker and cosplayer

“For my next book, I’ve been following cosplayers behind the scenes in 12 cities around the country and I’ve noticed more than a few, when they go fabric shopping, they would use their phone to take a picture with and without a flash. This way they can determine how the fabric reacts to the camera and chose the fabric accordingly.” — cosplay photographer Ejen Chuang, author of Cosplay in America (and now funding a second installment on Kickstarter)

This story appears in Issue 58 of our weekly iPad magazine, Huffington, in the iTunes App store, available Friday, July 19.