Sixty-two years ago, Don and Maxine Simpson made a promise to love each other forever -- and they kept that promise right up until the end of their lives, dying a mere four hours apart.

It's a love story for the ages: Don and Maxine met in a bowling alley in Bakersfield, Calif., fell in love and tied the knot a few years later. Their marriage lasted over six decades, KERO news reported. 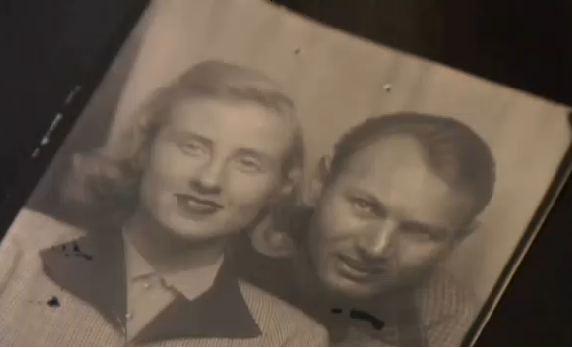 "All Don wanted was to be with his beautiful wife. He adored my grandmother, loved her to the end of the earth,” said Melissa Sloan, the couple's granddaughter.

But two weeks ago, tragedy struck. Don fell and broke his hip. His family took him to the hospital but his health was rapidly deteriorating. At the same time, Maxine -- who had been battling cancer -- saw the disease progress again.

Assessing the situation and knowing the strong bond between the pair, their family stepped in. “I told my sister on the phone, we got one shot to get them together,” Sloan said. That's when she decided to move her grandparents into a spare bedroom in her home.

“We kept them together, and had their beds side-by-side,” she said. “Gram woke up and saw him, and they held hands and they knew that they were next to each other."

Maxine and Don Simpson together, in the spare room. Credit: KERO

Maxine died first. Sloan described what happened after her body was taken out of the room.

"I walked them out with her body," Sloan explained. "Walked back in to check on grandpa and he quit breathing as soon as her body left the room. He left with her, and they passed four hours apart from each other."