Fed up with self-proclaimed “Instagram influencers” trying to snag free ice cream in exchange for a social media post, a Los Angeles small business owner has instituted a new rule: Influencers have to pay double.

Joe Nicchi, owner of CVT Soft Serve in Los Angeles, had no qualms about sharing exactly how he felt about people trying to scheme their way out of paying $4 for his ice cream.

“We couldn’t care less about how many followers you have, and we’re super embarrassed for you when you tell us,” the company wrote in an Instagram post on June 28 announcing the new rates for influencers.

CVT Soft Serve’s tirade against influencers continued on June 30, with the company declaring on Instagram, “We will never give you a free ice cream in exchange for a post on your social media page. It’s literally a $4 item...well now it’s $8 for you. #InfluencersAreGross.”

It’s not uncommon for influencers and businesses to strike a deal for a paid partnership ― with the businesses offering money or products in exchange for a social media post. But the phenomenon has reached a saturation point, experts say, with many people claiming the title of influencer, and hotels and restaurants getting flooded with requests for special treatment. It’s also relatively easy for small businesses to be scammed by people claiming to be influencers.

Nicchi started CVT Soft Serve in 2014 to supplement his income as an actor, The Guardian reports. He sells his ice cream from a vintage 1960s Mister Softee truck, and his flavor options are simple ― chocolate, vanilla or a twist (hence the name CVT).

He said he gets requests from people at least once a week for free ice cream in exchange for a social media post with his products.

Nicchi occasionally posts images showing his rejections of sponsorship offers to his Instagram.

“They love using the word ‘exposure.’ It’s so ridiculous,” he said.

When he received a request last week to do a party for 300 in exchange for “exposure,” Nicchi hit his breaking point. He printed out a sign proclaiming that “influencers pay double.”

Nicchi’s stance on influencers struck a chord with many online and his sign soon went viral on Reddit ― eventually attracting news coverage from around the world, thousands of new followers on Instagram, and an uptick in customers at his truck.

“I hope it inspires small businesses to hold their own and tell people to fuck off,” Nicchi told The Guardian about his newfound fame. 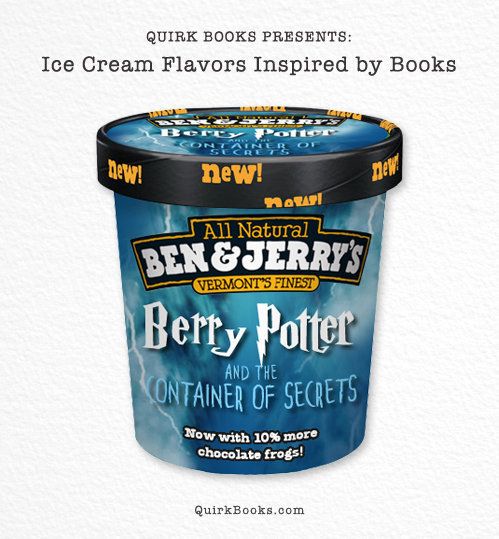 1 / 6
Berry Potter and the Container of Secrets
Muggles rejoice! Inside this container you'll find a magical blend of butter beer, Bertie Bott's Strawberry Flavour Beans and chocolate frogs. No need to employ the Dark Arts.