The Dalai Lama and Archbishop Desmond Tutu are joining forces to bring more joy to the world by co-authoring a book on the emotion.

On Saturday, the Dalai Lama met Tutu as the archbishop arrived at Kangra Airport in Dharamsala, India to begin work on the book. The pair traveled to the Dalai Lama's residence to hold the first of several conversations, shown in the video above, which will take place over the course of five days, according to The Guardian. Publisher Doug Abrams will format these talks into The Book of Joy: Finding Enduring Happiness in an Uncertain World, which does not yet have a release date.

“The ultimate source of happiness is within us,” said the Dalai Lama in an announcement about the book partnership. “Not money, not power, not status, which fail to bring inner peace. Outward attainment will not bring real inner joyfulness. We must look inside.”

Walkting together on the grounds of the compound. (photo– Tenzin Choejor)

In addition to their conversations, the two leaders will leverage Facebook during the week to invite readers around the world to pose questions about joy, tagged with #bookofjoy and #askforjjoy. According to Publishers Weekly, the Dalai Lama and Tutu will answer the best of these questions in the book. 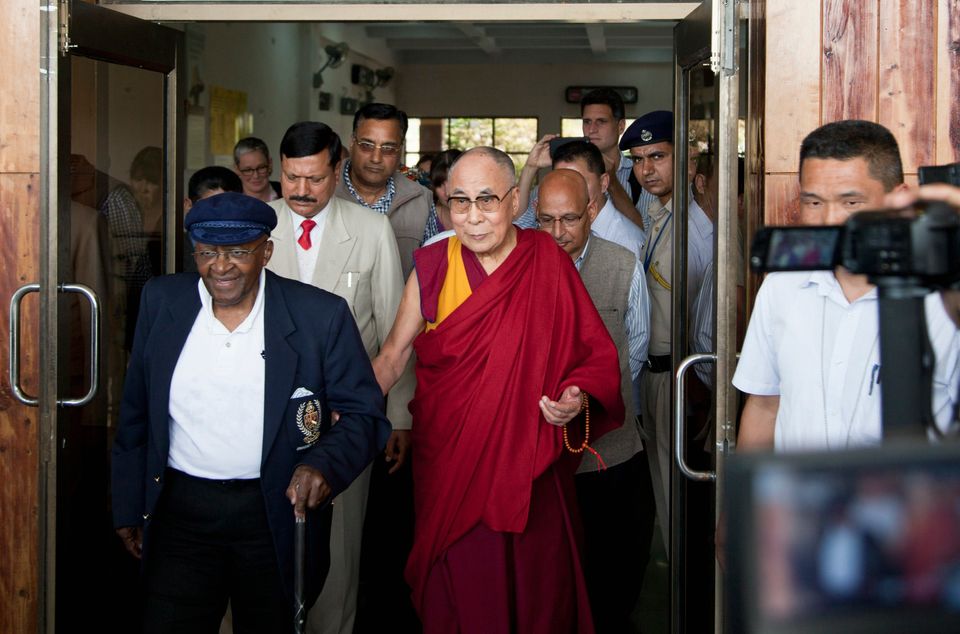 Kindness and a good heart are the underlying foundation for success in this life and making progress on the spiritual path.