The moon just might be one of the most familiar sights of all -- but you've never seen quite it like this before.

NASA has just released a new look at the moon's far side, once known as the "dark side" of the moon, along with Earth looming in the background. Using mapping data from the Lunar Reconnaissance Orbiter, the video shows the phases of the moon as seen from the other side.

"Just like the near side, the far side goes through a complete cycle of phases," NASA explains. "But the terrain of the far side is quite different. It lacks the large dark spots, called maria, that make up the familiar Man in the Moon on the near side."

The far side contains craters of all sizes, as well as what NASA says is "one of the largest and oldest impact features in the solar system," the South Pole-Aitken basin, which covers the bottom third of the moon.

Science Moon Far Side Of The Moon Lunar Reconnaissance Orbiter 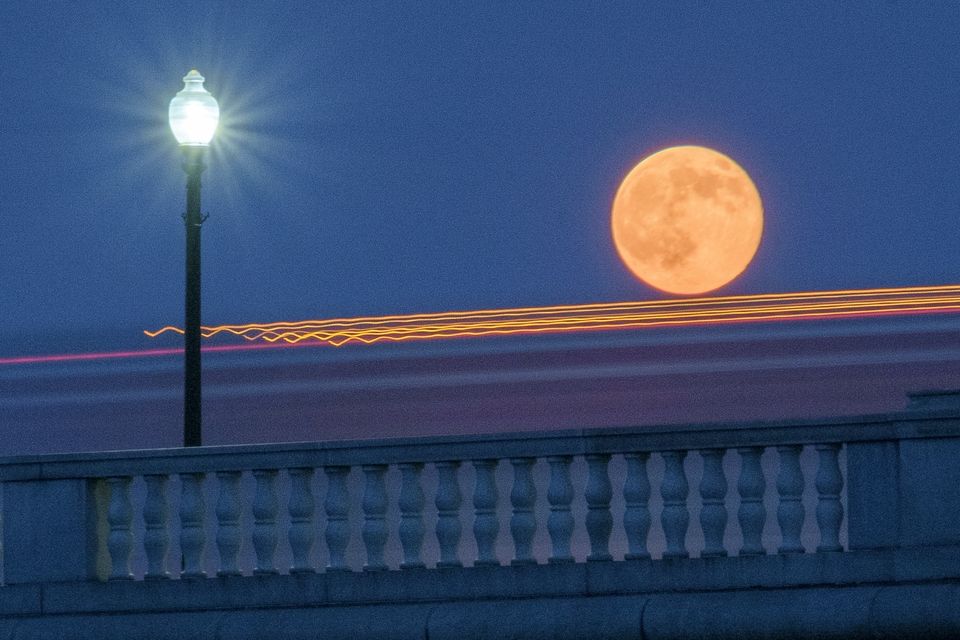 1 / 109
Washington Supermoon
Traffic streaks by the supermoon as it rises behind the Memorial Bridge in Washington, Saturday, July 12, 2014. The full moon Saturday may seem huge, but it's just an illusion caused by its position in the sky. (AP Photo/J. David Ake)
ASSOCIATED PRESS