Fifty thousand people is a considerable crowd at a ballpark, but a graveside service is pretty remarkable -- particularly in a thunderstorm. 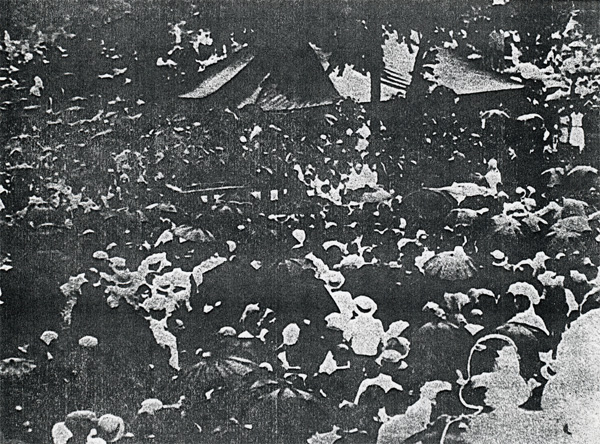 Two recent news events have merged for me to remember the 1930 Detroit gangland assassination of a man with a questionable past that was compared to half of Mount Rushmore's occupants: "A man in the third row jumped to his fee, waved a soiled soft hat and led the acclaim when the Rev. L.T. Scott of the Ebenezer A.M.E. Church declared there were three great Americans" ("Abraham Lincoln, George Washington and Jerry Buckley," Detroit News).

Quite a quote from the one-year anniversary memorial service on Belle Isle honoring a martyred radio announcer -- even elaborated upon by none other than Fr. Caughlin, the controversial radio priest who would soon be baiting FDR after his New Deal proposals started taking root when President Hoover did not win reelection in another 18 months.

For Detroit, it was not the first in a long series of black eyes celebrated most recently in Time, which made our city the "Or Else" for even Chinese concerns. We're the ugly star of the poor PR playlist of Places-You-May-Not-Visit with such scary portrayals in Robocop and our only World Series win in 45 years with its flipping police-car celebrations. Detroit Tigers and Pistons actually made two of the top-nine fan riots on a 2011 list.

Now with Edward Snowden trying to find a home and presenting the ethical dilemma of the whistleblower as hero or traitor (see Time editorial), I am reminded of Jerry Buckley. 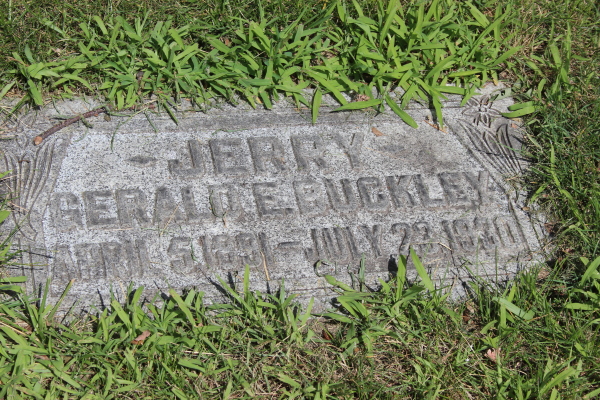 Pretty insignificant grave for a man whose funeral had 150,000 attendees -- 50,000 stood under these trees 80 years ago in the pouring rain to pay their respects. 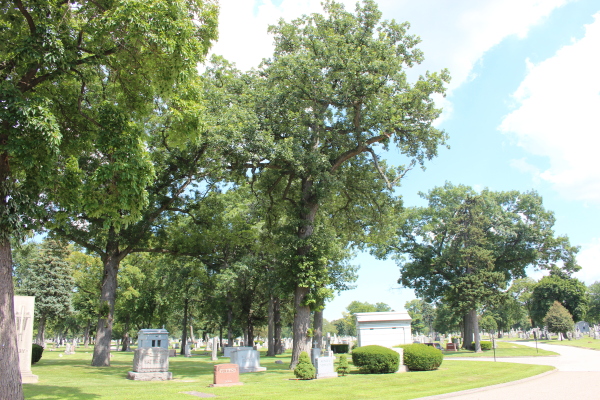 And probably more odd is that his alleged assassin is buried just 100 yards west. 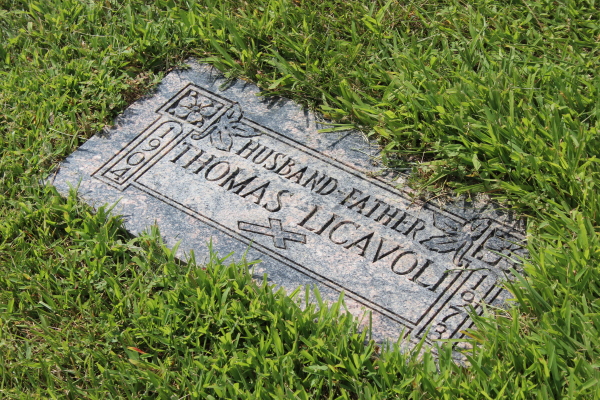 My grandmother was always proud of her oldest brother, Harry. He was always, "my brother, Harry, the governor..." The spring of 1917, when Harry graduated, he and his classmates went directly into the army and into World War I that fall. Harry lost his leg and returned a decorated war hero. 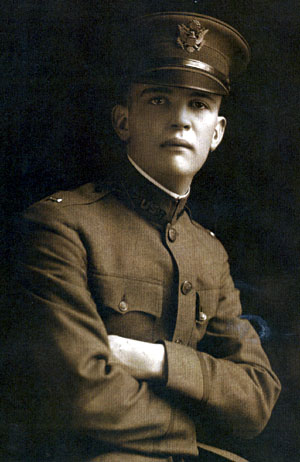 Photo courtesy of the Kelly family.

He continued to practice law in Illinois until his father moved the family north to Detroit to represent General Motors in 1923, just after my grandmother's senior year of high school. 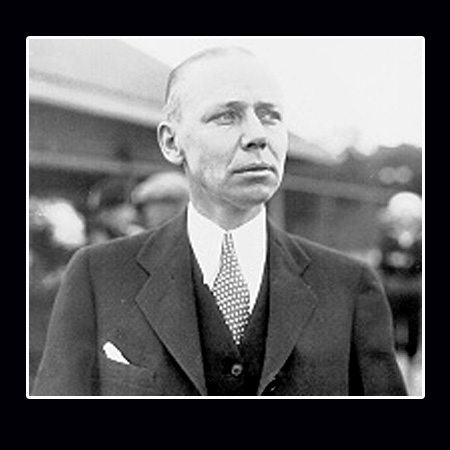 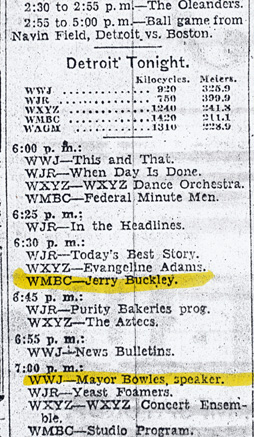 By the time Jerry Buckley's radio program was the most popular show in Detroit on WMBC and he was crying for the recall of corrupt Mayor Bowles in 1930, Harry was an assistant prosecutor for the city, under Prosecutor Harry Toy.

I had never heard of Jerry Buckley until I started researching my great-uncle. He went on to become secretary of state, then governor during the war years of 1942 to 1946, then was appointed to the state Supreme Court. Pretty big deal for a relative of mine -- not to mention that his son was Brian Kelly, the star of Flipper.

One biography of Harry mentioned that he "made his bones" running the Buckley Grand Jury -- trying to pin down exactly who shot Jerry Buckley in cold blood in the LaSalle Hotel lobby the night of the corrupt mayor's recall. Buckley had just finished his evening broadcast, sharing the good news with his fans, his "common herd." (The history of the ill-fated hotel, that was completed just two years before Buckley's death and was razed in 1996 can be found at this great link at HistoricDetroit.org.) 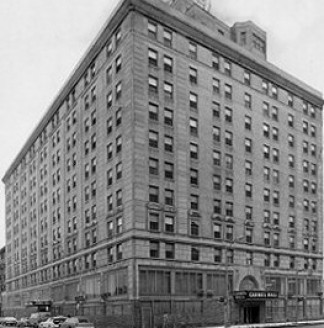 In 1998, I visited the corner of Adelaide and Woodward, where the LaSalle hotel, converted into a senior housing complex, had been razed two years earlier. A year later, condominiums were put on the location, just a few blocks north of the new home for the Tigers, Comerica Park. 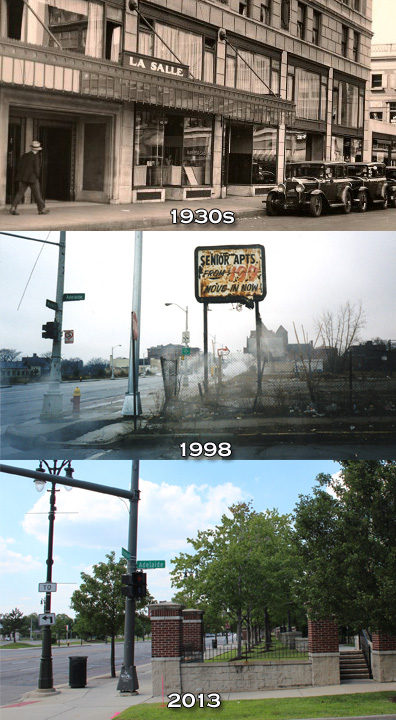 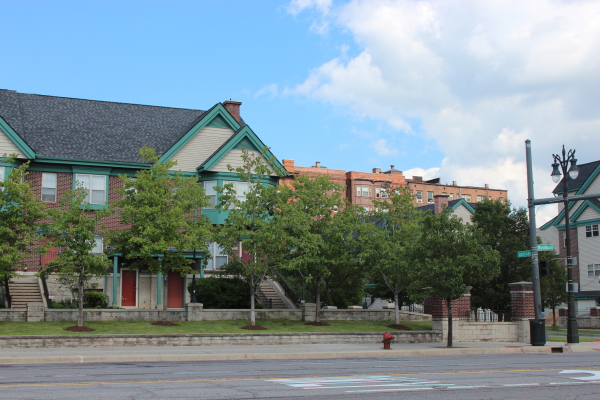 I doubt the folks in that corner condominium realize the history that was made at their intersection in a story that was covered even in the New York Times. 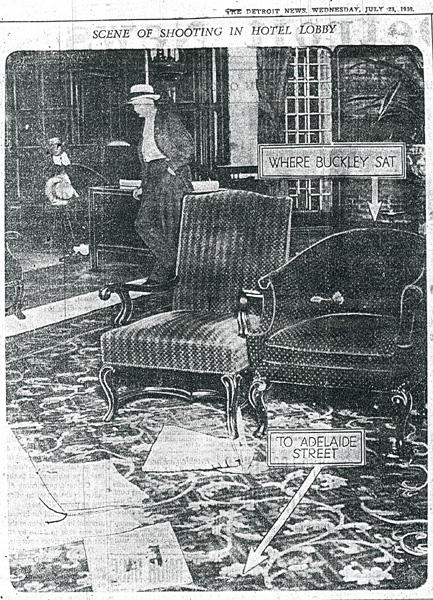 I mentioned the case to my 90-year-old grandmother on my mom's side and she just nodded: "Oh, yes, Jerry Buckley. We all listened to him. So sad."

Detroit was, in essence, Al Capone's funnel of liquor -- just a quick boat ride to Windsor, Ontario. Between the rise of the auto industry and the bootleg liquor business, Detroit was growing faster than its infrastructure could handle. Both sides of my children's family trees arrived to Detroit for the jobs with the auto giants. But St. Louis and Chicago also sent their emigrants who were soon at odds with the residents over control of the booze -- most notably the Jewish mafia, the Purple Gang featured in Warren Berger's novel, The Purples. It features Joe Bernstein as the story's protagonist as he encounters both Buckley and my great-uncle in prohibition Detroit.

Even now, if you click on Wikipedia, you'll find Jerry Buckley sketchily outlined -- they even name his gunmen (not supported by any real documentation -- in true Wikipedia fogginess).

But at the time of the Buckley Grand Jury, the gunmen were identified as members of the Italian mob, including Thomas Licavoli, who was not prosecuted due to lack of evidence and died 43 years later, marked by grave much more stately than the grave of the man compared to our top two presidents. 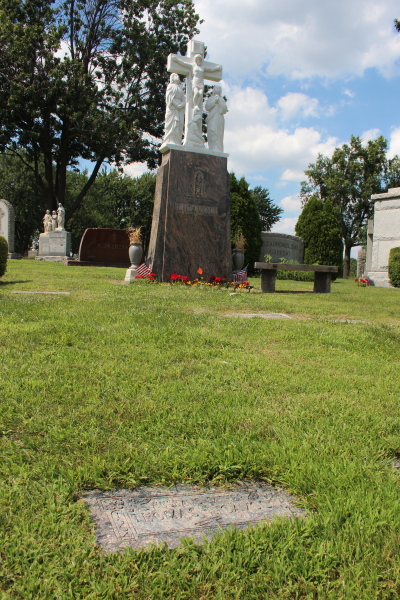 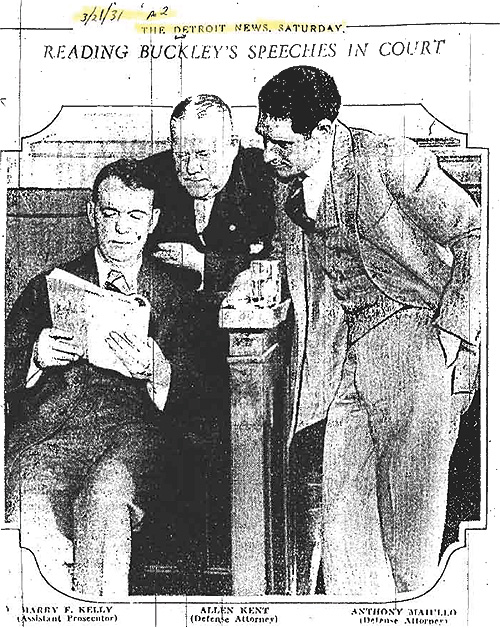 And while Harry lost the case, it created a benchmark in Detroit's history where it turned a corner on its corrupt reputation. A few years later, prohibition would be repealed and Buckley fades into obscure newspaper articles -- sometimes featured in "Remember When" articles. 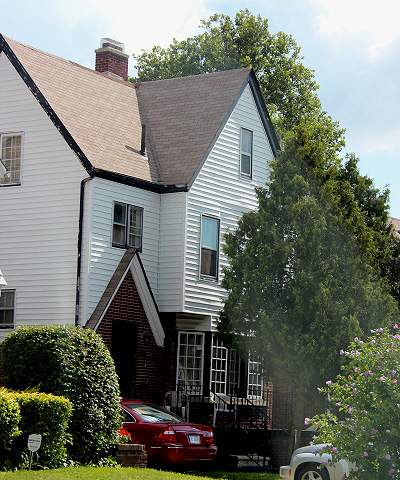 There's certainly no plaque in front of Buckely's home on Pasadena and the residents probably are as unaware as the condo-dwellers a few miles south.