Huge meat-eating dinosaurs that stalked a vast floodplain some 150 million years ago in what is now Portugal left behind traces of their progeny: eggshells.

Some of the eggshells, which belonged to two Jurassic-Era theropods, or a group of carnivorous dinosaurs, once harbored embryos of Torvosaurus, the largest predator of its day.

"It was the equivalent of the T. rex in the Cretaceous," said study co-author Vasco Ribeiro, a paleontologist at the Universidade Nova de Lisboa in Portugal.

Ribeiro and his colleagues aren’t sure how the eggs came to be abandoned.

Because they are so delicate, dinosaur eggs are a relatively rare find. Paleontologists unearthed some of the most primitive Torovosaurus embryos ever found earlier this year, and there have been occasional dinosaur nursery finds, including a clutch of hundreds of dinosaur egg fragments found in Spain. [Image Gallery: Dinosaur Daycare] 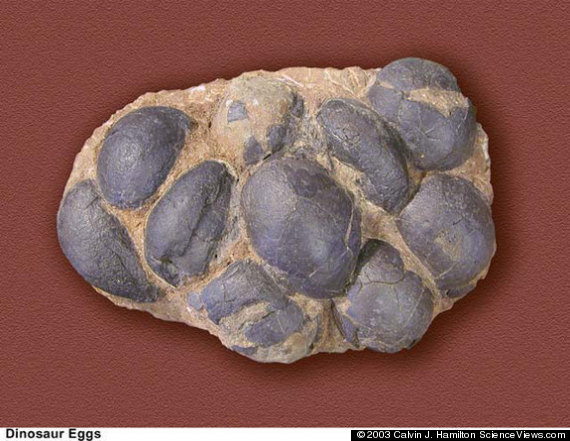 Many fossilized dinosaur eggs have been found, at more than 200 sites around the world. Very rarely do the eggs have the preserved parts of embryos in them, so it is often difficult to determine the species of the dinosaur.

Ribeiro and his colleagues found the eggshell fragments at two separate sites, both of which were part of the Lourinhã Formation, a geological formation known for its rich Jurassic dinosaur nest sites. During that time period, the area was a floodplain that cycled through dry seasons and monsoon rains.

The eggshells were shattered and there was no trace of the dinosaur embryos that once coiled inside. But by analyzing the size, shape and texture of the eggshells, the team was able to deduce which animals left those eggs so long ago.

The shells found at one site came from spherical eggs that were about 6 inches (15 centimeters) in diameter. They likely belonged to a Torvosaurus, a massive, bipedal dinosaur that grew up to 36 feet (11 meters) tall.

The eggs at the other site were harder to identify. But the researchers believe the eggs may have contained embryos of Lourinhanosaurus antunesi, a theropod that was about 15 feet (4.5 m) long when full-grown. When intact, the eggs from that site would have been about 5 inches (13 cm) along the long axis and 3.5 inches (9 cm) along the short axis.

The researchers don't know exactly how the eggs came to be abandoned.

One possibility is that the ancient carnivores laid many eggs and simply left those eggs to their own fates. Other researchers argue that these dinosaurs, like crocodiles, were attentive parents during embryonic development, guarding their clutches from predators.

Either way, once the hatchlings emerged, they were probably on their own, Ribeiro said.

"We have no evidence that mother dinosaur took food to the nest or protected the nest," Ribeiro told LiveScience.

Advertisement
Copyright 2013 LiveScience, a TechMediaNetwork company. All rights reserved. This material may not be published, broadcast, rewritten or redistributed. ]]>
Download
Calling all HuffPost superfans!
Sign up for membership to become a founding member and help shape HuffPost's next chapter
Join HuffPost 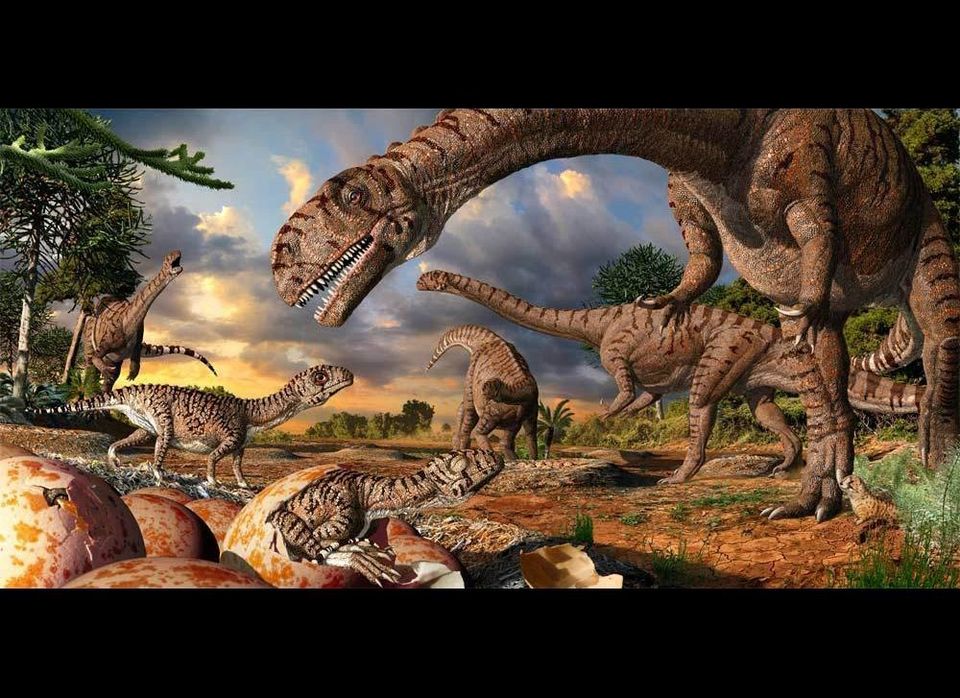