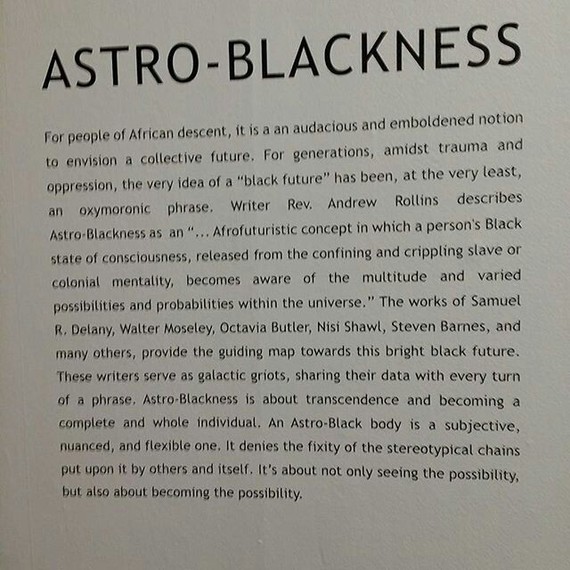 The 4th Annual Black Comic Book Festival at the Schomburg Center of Black Research in Harlem had an overwhelming amount of attendees and comic books enthusiasts come out to support black comic book publishers, writers and illustrators. Roughly 5,700 attendees were present this yeas as opposed to last year when about 2,500 attendees came out. In one year, the Black Comic Book Festival doubled its patron traffic and there were a lot of vendors that sold a lot of goods before the festival was even over. Why is the black "geek" and "nerd" culture becoming so popular now? Not that is has ever been unpopular but it seems it's becoming more mainstream and almost expected amongst certain black creative types.

I've never seen the library so crowed full of people, adults and children alike that were ecstatic to buy books. There's a comfort in seeing children pick up a novel or comic book and try to get a sense of the material before they decide to emerge themselves into it. Seeing children being excited to read is a wonderful sight to see and be part of. Plus, who doesn't love comics? Where did the inspiration come from to create a platform for a black comic book fest when outlets like Comic-Con seem to be such a mainstream success?

"My inspiration came from the youth of the Schomburg Junior Scholars Program. I was using graphic novels and comics to teach historical fiction and biography. We were reading Congressman John Lewis' biographical graphic novels MARCH Book 1 and Book 2, whom we invited to the Schomburg in 2012 to meet with the youth. I thought it would be great to have the youth meet other comic creators - writers, illustrators, publishers, colorists, etc. - to inspire them to tell their own stories. Within a few weeks of having that thought, I met John Jennings and Jerry Craft, our co-founders and they were definitely supportive and able to galvanize the black independent comic community. Our fourth co-founder, Dr. Jonathan Gayles was also on board to screen his film, White Scripts and Black Supermen: Black Masculinities in Comic Books, as well as to assemble scholarly panel discussions. A festival format made the most sense to fit all of these components and to have space for youth workshops and author talks." explains Deirdre Lynn Hollman, Director of Education and Exhibitions at the Schomburg Center for Research in Black Culture, a branch of The New York Public Library.

The first person I talked to was Eric Battle, illustrator with more than 20 years of experience that includes credits from DC Comics and Aspen comics and has worked with popular authors such as George R.R. Martin (Game of Thrones). "There's a huge difference and the main difference, the audience here is looking for imagery and products that focuses on faces like ours. This is the audience we are looking for and they are looking for us", Battle replies when asked the differences between the Black Comic Book Festival and Comic-Con. 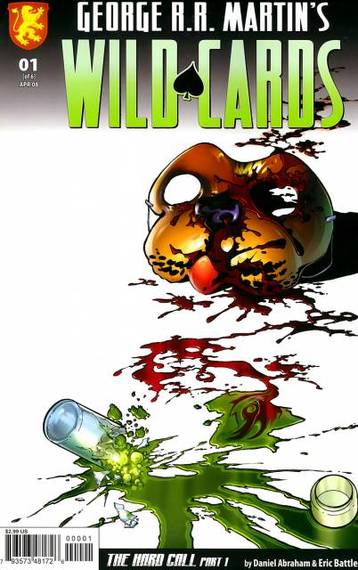 "I'm happy that it is happening but I am a bit weary on how it's happens and who the players are that are behind what's happening", replies to my question on how he feels about the diversity change with the inclusion of more ethnic characters in mainstream comic book platforms. Battle also states there need to be more editors and writers that will be able write our narratives without a filter. 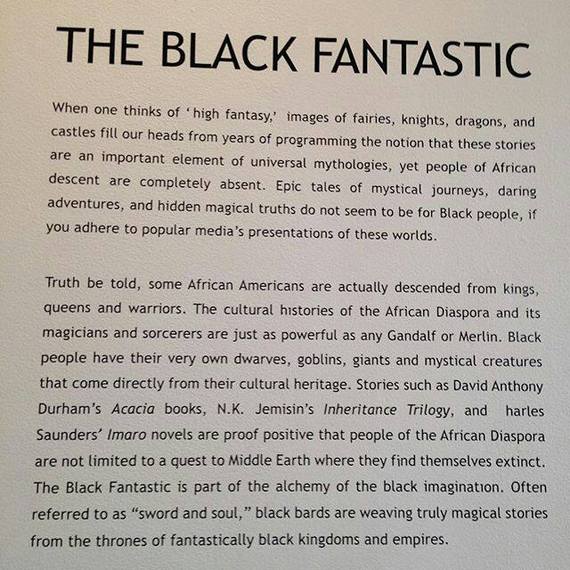 The amount of educators that are also accomplished illustrators, writers, publishers and colorists at the Black Comic Book Festival was very unexpected but comforting to know that there are black active educators that are passionate about education. These educators are taking their own personal love for comics and incorporating pivotal subjects like history and science into fictional concepts that also encourages reading.

I also had the opportunity to meet Naseed Gifted, science teacher by day and the creator and writer for P.B. Soldier by night. Gifted notes that his comics are very tech-based in it's comic book series that's available. Gifted is also the creative director of PBS media which is the publishing house of P.B. Soldier.

"Black Comic Book Festival is necessary because we need to be able to unlock the inner hero within us. I work with students and children and I ask the who are their heroes they need to be able to reflect upon someone who looks like them and that was the whole part of this movement; about controlling our image because everyone is telling our story but us", Gifted explains to me.

Alex Simmons creator of Black Jack, was inspired by the lack of historic black heroes he was exposed in his youth. Simmons created Black Jack which is a fictional character based on a black solider based in the 1930s. He incorporates history and philosophy and challenges what people assume black comic book characters should be. Simmons expressed his disdain that stereotypical black characters have as far as their background story; coming from broken homes, being a social worker or having some type of violent background. 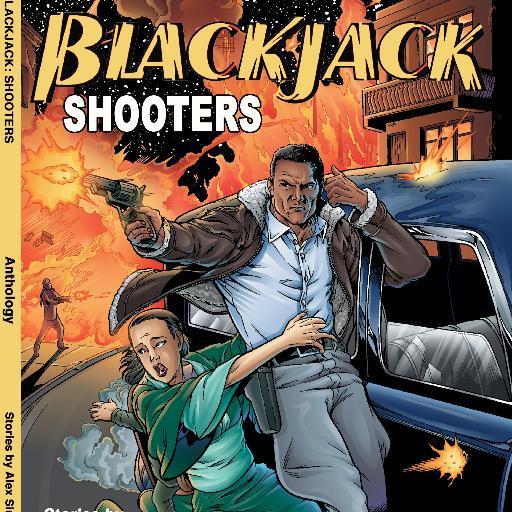 "Yes, I think comic books should be incorporated in education, not every comic book but yes. Books like MARCH that speaks to a heavy social issue and life experiences that kids can learn about [and] I think that short stories about being a decent human being, about being fair and discovering adventures. I think black kids need to not be locked in to the belief that all we have is the block."

Back in 2005 I was the penciller on the series "Firestorm" for DC Comics, with writer Stuart More, a book we inherited from the original creative team of Dan Jolley and Chriscross. The book was a reimagined take on Firestorm, originally a white character with a long history in the DC Universe as a member of the Justice League of America. When the book was launched with a new black lead character by the name of Jason Rusch, longtime fans of the original version (Ronnie Raymond) kept asking the question "Where is Ronnie?. That would be answered six months afterward in a crossover called "Identity Crisis" by Brad Metzler and Rags Morales. Ronnie, while fighting a villain called the Shadow Thief was stabbed through the chest with an enchanted sword. As can only happen in comics, Ronnie, sensing his demise flew off and would ultimately merge with Jason, creating the new Firestorm.

This, for lack of a better phrase didn't sit well with a very vocal portion of the online Firestorm/ Ronnie fan base. Now I used frequent DC Comics message board to stay engaged with the fans. One day there was a thread title "Ditch the black dude", where a few of the posters where writing in protest of the fate of Ronnie, how Jason was an exercise in faux diversity. It quickly degraded in to some of the most vile, racist, angry vitriol I'd ever seen outside of Stormfront.org. The thread it self went on for months,with thousands of posts going back and forth both pro and against.That seemed to spur other threads on other boards involving all sorts of vile comment on some other characters genders, races and ethnicities outside of Firestorm had been changed by the company recently. It got so bad that DC was forced to shut down the server for several weeks to get rid of the problematic thereads, then reopen them for a time under heavy moderation, where it would sometime take up to a day for a post to be seen. 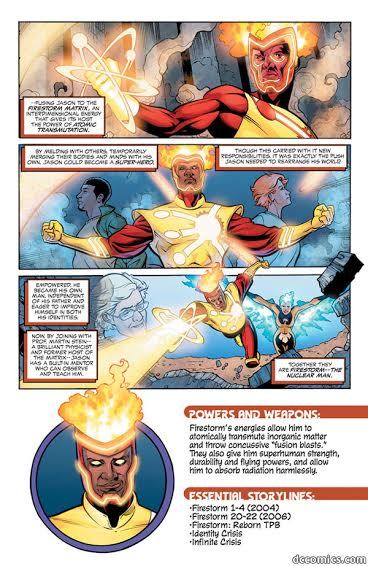 David Walker, who started as a pop culture journalist that transitioned to comic book writing has credits with Marvel Comics and his works includes, Super Justice Force and Fury: S.H.I.E.L.D. 50th Anniversary issue talked to me about black "nerd" culture and diversity.

When it comes to what most people define as mainstream comics, there are only two black men working in the industry, myself and Ta-Nehisi Coates. At this point in my career, I have only worked in mainstream comics on titles with a black character in the lead. I have been in discussions for other titles, but those haven't worked out. From my perspective, at times it can feel like the only reason I'm on a title is because I'm black. But that is not true, or at least not completely true. I'm on titles because I'm a good writer. Does being black factor in to it? Maybe. Maybe not. But it doesn't matter to me for two reasons. One, I love writing characters of color and the opportunity it provides to create better representation. Two, I am a professional, and this is my job.

Remember when I posted about Ariell R. Johnson and her comic book store in Philly? She was also in attendance and I had the opportunity to also meet Regine Sawyer who also heads Women in Comics and she talked to me about the good, the bad and the ugly about being a black woman in the comic book industry. 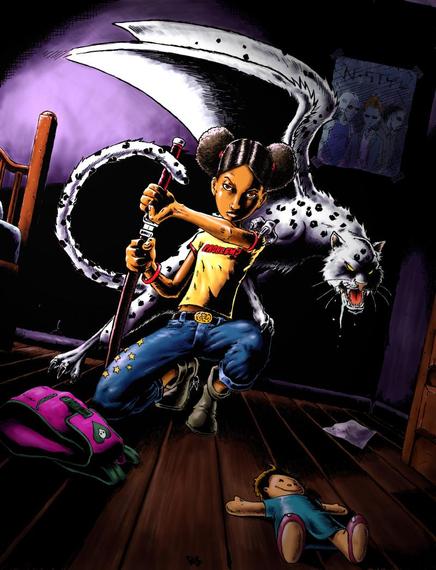 Please note this is a shorten version of the event's recap. For the complete conversations and interviews please visit Fabulize magazine for updates. 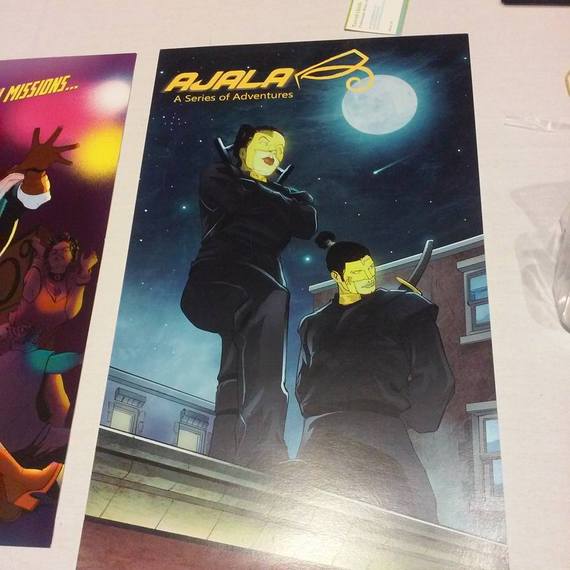 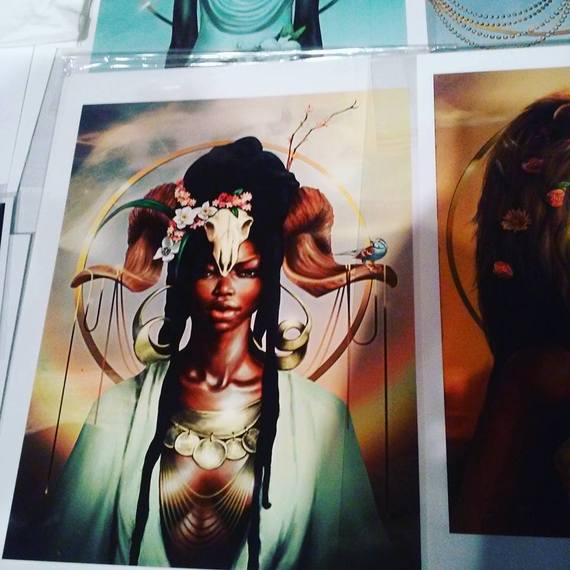 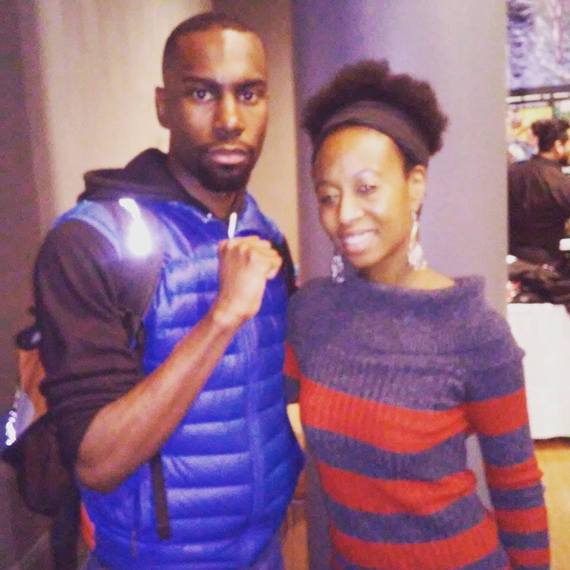