"Django Unchained" is due in theaters on Christmas Day, but that hasn't prevented the film from going through some eleventh casting fluctuations.

Quentin Tarantino's latest has apparently lost both Sacha Baron Cohen and Kurt Russell from its impressive roster, which includes Leonardo DiCaprio, Jamie Foxx, Christoph Waltz, Samuel L. Jackson and Don Johnson. Their departures come on the heels of news that Joseph Gordon-Levitt couldn't make an appearance in "Django Unchained" work out either.

Cohen revealed he wasn't a part of "Django" during an interview with Howard Stern; the actor -- who had been set for a cameo role -- was unable to make the film work out due to his press commitments for "The Dictator."

As for Russell, it's unclear as to why he's no longer participating in the film. His exit was confirmed by Variety reporter Jeff Sneider.

EXCLUSIVE: First KEVIN COSTNER, and now KURT RUSSELL has EXITED the cast of QT's DJANGO UNCHAINED. No reason given or replacement named...

Meanwhile, Gordon-Levitt had to bow out because of his busy schedule.

"I've been in touch with Quentin about it, and it was so cool to trust me to do this little part in his movie," JoGo told MTV News. "I would have loved, loved to have done it. He's one of my very favorite filmmakers, and he was really supportive of me directing and that meant the world to me." Gordon-Levitt will make his directorial debut this year.

So, what does this all mean for the film? Probably nothing much! "Django Unchained" has been filming since the beginning of the year, and Cohen and Gordon-Levitt had small roles that can be easily replaced or cut altogether. Russell, on the other hand, had a big enough part to get mentioned in the official plot synopsis. Who will replace him should be known in the near future.

UPDATE: According to Ain't It Cool News writer "Mr. Beaks," Russell will not get replaced in "Django Unchained"; his role will get "absorbed" by Walton Goggins, who was already cast in the film as a man named "Billy Crash."

[via The Film Stage] 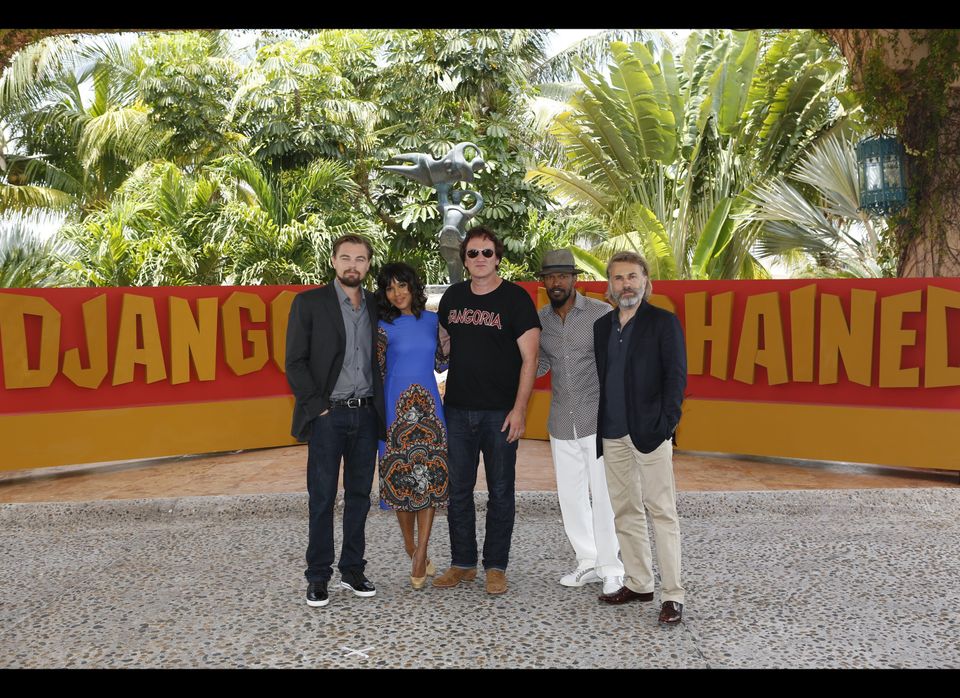