When Deb first learned that lung cancer was the number-one cancer killer of both women and men, she was shocked. "It blew me away, but as it began to sink in, it made a lot of sense." Because in 2009, Deb had lost both her father Duane and mother-in-law Mary to lung cancer within just a few months.

"Both of them, to the bitter end, were tough cookies," she said. Neither of them had symptoms to suggest that they were sick, let alone advanced-stage lung cancer, and she often wonders what might have happened if they would have been screened for lung cancer earlier on.

While tragic, Deb's story is unfortunately far too common. What most people don't realize is that anyone can get lung cancer. And while lung cancer is the number-one cancer killer of both women and men, this statistic remains relatively unknown. In fact, only 1% of women cite lung cancer as a top-of-mind cancer concern. Greater awareness about lung cancer and screening options is necessary to save lives.

The startling truth is that on average, less than half of all women diagnosed with lung cancer will be alive one year after diagnosis. It doesn't have to be this way. Everyone needs to know their risks, and if concerned talk to their doctors because early detection and treatment can save lives, and screening is critical to detect the disease in the early stages, when more treatment options are available. 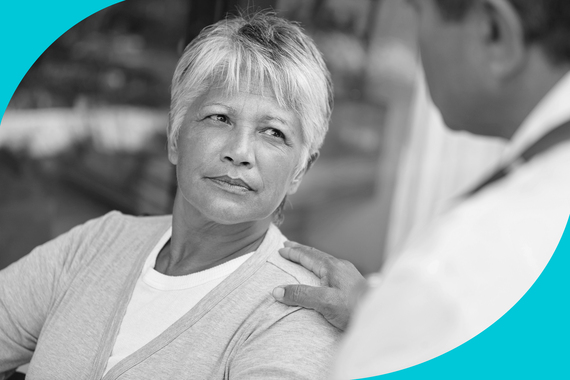 While the five-year survival rate for lung cancer is still among the lowest of all cancers, it has actually increased by 46 % since 1975. This huge success is due to advancements in treatment, but early diagnosis can also save lives. If just half of everyone at high risk for lung cancer was screened for the disease, it is estimated that we could save over 13,000 lives each year! Lung cancer screening is now largely covered for those considered high risk for most private insurance plans, and just this year through Medicare. This message of hope drives us to be bold in pushing for greater awareness about lung cancer and screening options.

And so the American Lung Association launched LUNG FORCE, a new movement to rally everyone to raise their voices and make lung cancer a public health priority. And we focus on women, because while lung cancer diagnosis have fallen 28 % among men in the past 37 years, diagnoses in women have close to doubled. Through highlighting women's stories, we hope to take lung cancer out of the shadows, and make it a cause people care about.

Women all over the nation are raising their voices. Through sharing her story, Deb encourages everyone at high-risk, and especially women, to seek out lung cancer screening.

"Mothers are the glue of families, they keep us all together," she said. "The ones who keep us together, our caregivers, also need to care for themselves, because what are we going to do when they're gone? I wish we could have known about screening because when we found out, it was too late."

Like me, Deb believes awareness about lung cancer and screening will go a long way to saving lives. That's why we're sharing information about screening during Lung Cancer Awareness Month, but we're not stopping there. The American Lung Association is fighting for the more than 100,000 women who will be diagnosed with lung cancer this year alone, and we will be bold in driving policy change and calling for increased research funding.

Screening will certainly save lives, but to truly turn the tide against lung cancer, better early detection options and treatments are needed. That's why we're increasing our funding for promising lung cancer research - more than doubling our lung cancer research investment in two years. And we have also created the new LUNG FORCE Research Innovation Project: Lung Cancer in Women Award.

We are at the precipice of change in the fight against lung cancer and our determination to win this fight has never been stronger, or more urgent. LUNG FORCE will help advance this cause and show that the collective strength of many sharing their voice can make a measurable difference in this lifesaving fight.

Learn more about lung cancer, screening options and how you can #ShareYourVoice at LUNGFORCE.org.