According to the recent 2014 Building a GradNation report from America's Promise, the United States has reached an 80 percent high school graduation rate for the first time in history. Truly an accomplishment we need to celebrate!

What about the 20 percent that aren't part of the celebration? They aren't simply a shrinking statistic but, more importantly, members of our society who are disenfranchised and should be embraced, encouraged, and advanced. We can't give up on them, especially not now as America scrambles to fill workforce gaps. Unfortunately, they are often stigmatized and misperceived as quitters or losers. It's important we realize that the reasons for dropping out are often very complicated....

As an example, one former student who didn't graduate was very creative and his mind reportedly wandered a lot in class. Another quit school to work for his father and support his family. A third young man was forced to drop out because his father was sent to prison and he had to get a job and become a man way too early. A more rebellious youth left school at 15 because he was "disgusted by rote learning and martinet teachers" but ended up going back and graduating at the urging of those around him and, finally, a young woman who had been sexually abused when she was younger left high school to work, got pregnant, and returned in time for her senior year and finally graduated.

And now, please allow me to reveal the names of the "drop outs" I referred to in respective order ... Thomas Edison, Ben Franklin, Charles Dickens, Albert Einstein, and the indefatigable Maya Angelou who recently passed. What if we gave up on them? What if they gave up themselves? What would the world look like today? These "drop outs" actually shaped the world through their minds and spirits.

So, let's get back to the 20 percent today ... to start, please let's stop with pejoratives like "dropouts." No one should sit in judgment of the challenging choices many Americans have to make and the circumstances that lead them to leave school. Yes, I know, many of us have overcome many of the obstacles that caused others to not finish high school but I'm not qualified to judge the plight of another or how that person reacts to hardship. Moreover, as graduates, we need to leverage our experiences overcoming obstacles to mentor, support, and encourage the young people to either go back and finish, get their GED like my mother did, or explore other options to be productive players in our communities and workforce. But please don't call them "dropouts."

In keeping with that theme, as a Trustee of America's Promise Alliance, I applaud a new campaign that is actually called "Don't Call Them Dropouts" we are launching through the Center for Promise with the retail giant, which is also a leader in education, Target to gain a deeper understanding of the reasons youth leave school. And there are many reasons ... 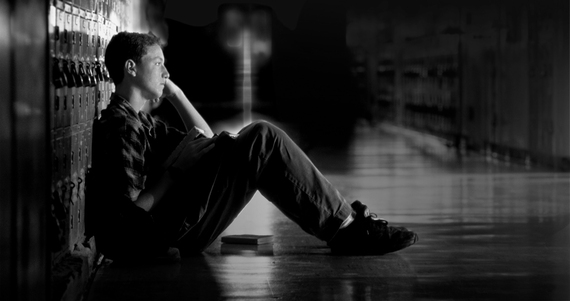 According to the Don't Call Them Dropouts Report by Center for Promise at Tufts University (and Spanish-language executive summary) a group of young people currently not attending school were surveyed and found that those experiencing homelessness were 87 percent more likely to leave school; those with an incarcerated parent 79 percent more likely to leave prematurely and 50 percent of youth who did not graduate on time reported moving homes frequently, 50 percent reported changing schools frequently, and 11 percent lived in foster care - more than five times the rate of on-time graduates). And according to the Center for School, Health and Education at the American Public Health Association, the main reason girls don't graduate from high school is pregnancy.

Participants of the Don't Call Them Dropouts Report also said they consistently seek supportive connections with others, which can either lead them toward or away from school. For the most part, young people who did not graduate on time felt they were without anyone to set them on a path to success. As you can see, mentoring or simply paying attention to these young people can make a difference.

The Report also states that the participants "repeatedly said they did not drop out, but instead stopped going to school to cope with their immediate circumstances, such as going to work to support their family, helping a sick family member, or finding a safe and secure home. Of those surveyed who were back completing their education, connecting with a supportive adult and re-engagement program often provided that path to success."

So don't call them dropouts. But what do we call them?

I propose the term "op-ins," which is the anathema to drop-out. "Op" stands for opportunities still available to them and "in" stands for getting these young people involved in those opportunities which will provide value for our society and our country as the iconic list of other "op-ins" ended up impacting the course of history.