Imagine being new in town but everyone seems to know your name. That's exactly what happened to Neil Richardson when he moved to Braintree, Essex -- except he kept being greeted as "John" by perfect strangers.

"On one occasion someone actually came up to my table and said, 'You are John Jemison, aren't you?' the 69-year-old retired Anglican priest told Cascade News. "The manager was quite sure I was John."

Puzzled, Richardson had a word with the manager and discovered he has a local doppelganger. "It made me very interested to meet this man, who I thought must be rather good-looking!" he said.

The "twins" finally crossed paths for the first time last week when they happened to board the same coach as they headed to London for an exhibition.

Richardson approached Jemison, 74, who said he didn't notice the striking resemblance at first glance. The pair got to chatting over lunch and realized they have much more in common than just looks. 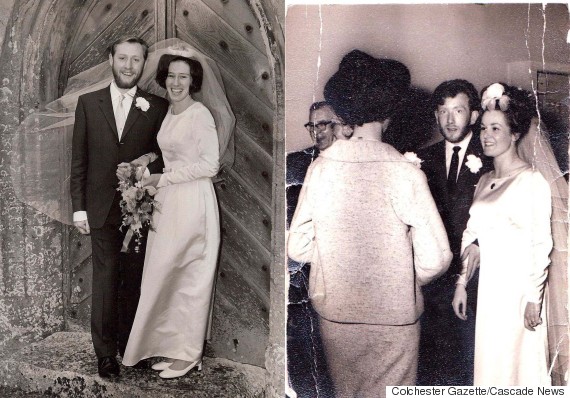 Both men attended the same college and proposed to their wives within a week of knowing them. Both also write poetry, use the same bank and used to be religion education teachers. Spooky. 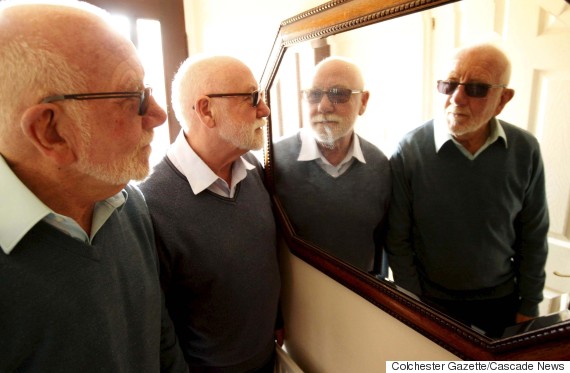 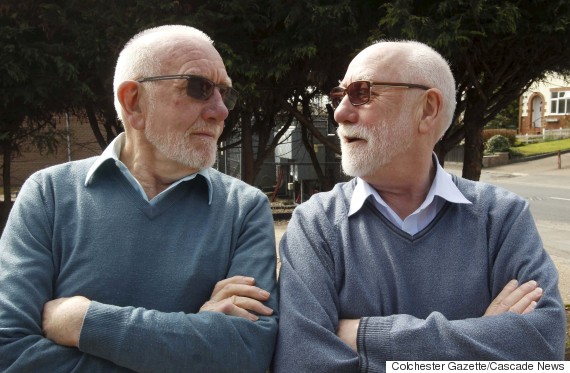