When we see perfectly smooth, impossibly slim models staring back at us from magazine pages, it's hard not to get a little insecure about our own looks. But it might help to know that the models themselves realize their impact. Doutzen Kroes reportedly told the New York Post:

"Sometimes it makes me feel guilty now that I am in this profession that makes certain girls insecure... I always say, I don't look like the picture."

She added, "If you put me in bad light with no hair and makeup, it's not good... I wake up sometimes like, this is not what I see when I look at the magazine, who is this visitor in the bathroom?"

It's a thankfully refreshing sentiment that Doutzen, a Victoria's Secret regular, has expressed before. "Girls think they have to be that picture," she told the Telegraph in September, "And even boys, they think that that picture exists."

Other models, including Victoria's Secret Angels, have been equally forthcoming with their displeasure over being Photoshopped. Model Erin Heatherton said of her airbrushed photos, "I feel like it looks like someone else. I guess it's not fair... You look better, but it's a lie." Cindy Crawford has made similar comments, famously quipping, "Even I don't wake up looking like Cindy Crawford!"

But all the models' openness and candor on the subject hasn't seemed to force much change. Kroes and Heatherton might not like being airbrushed, but their photos are being digitally retouched anyway. Only a few models have taken strong stands against being Photoshopped, such as Coco Rocha, who objected to her clothes being digitally removed (less so the way her body, skin or general appearance may have been altered).

Thus far, it's the publications that have taken the no-Photoshop stands, with Seventeen vowing to publish one unretouched photo spread per issue and a newer magazine called Verily that committing to a strict no-Photoshop policy for all its fashion spreads.

But progress is inching along slowly. Perhaps if the models themselves refused to work with photographers or editors who might airbrush them (and subsequently contribute to girls' insecurities), we might see less Photoshop in our magazines and ads.

PHOTO GALLERY
Celebs With No Photoshop 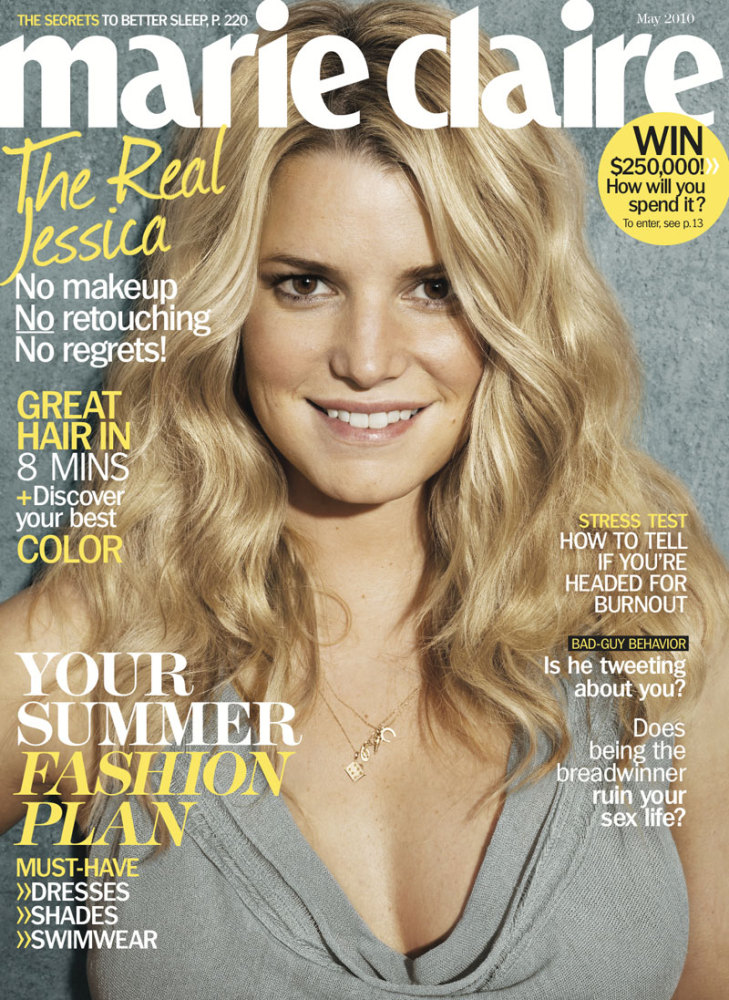