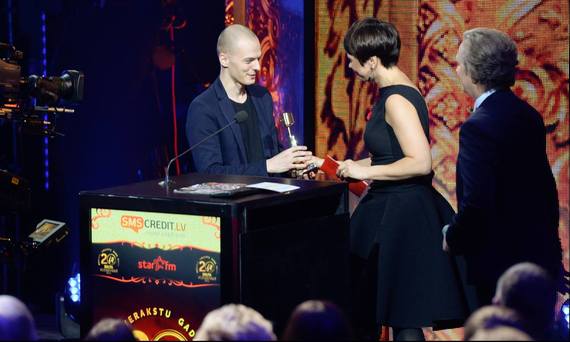 I recently had an album come across my desk that was a bit different than anything I'd covered before. It was simple, elegant, cinematic, and epic. After a few listens at work and on my daily commute, I began to find myself using the music to inspire imagination throughout my day-to-day routine. The album in question is Kashuks' Fiction, a stunning piece of ambient composition that is beautifully arranged and orchestrated to create a mesmerizing experience. Not only is the work garnering thousands of listens on SoundCloud, but it recently won the Best Electronic Album Award at the Zelta Mikrofons (Golden Microphones) Awards in Latvia.

The piece was almost entirely made up of live instruments and field recordings, and you can hear that in the mix. Despite clearly having its roots in electronica, you can hear the textures of each instrument as much as you can imagine the oscillation on the airy and atmospheric synths. As a whole, the collection reeks of cinema; a soundtrack to a film that doesn't exist, but you can almost watch in your head while you listen. There's moments where it's dark and eerie at points, while hopeful and bright at others.

It all begins with "Entering The Village (Introduction)," a calm and spooky prologue that gives us all of the elements involved with the rest of the album. Beautiful piano notes cut through the ambient fog of swells, footsteps, grass in the wind, and this expansive feeling of nostalgia that envelops the listener in a sense of knowing. There's just enough softness to ease you into the track, with an instantly apparent feeling of uncertainty.

From here the album chugs along with absolute confidence. By the time you reach the third track, "Slowly," it has come into its own. The bluesy guitar (with just the right amount of dirty overdrive) coming in around the one-minute mark is perfectly accompanied by the chopped and crescendoing synth leads. There's a very Ratatat-esque vibe that Kashuks harnesses in a way that pays tribute rather than plagiarizes. The tones, the drive, and the flawless transitions from calm to intense are enthralling. Hinting at the electronica vibes that will soon follow, "Slowly" is one of my favorite tracks on the album.

As you delve deeper into the tracklist, you come across stand-out tracks like "Awake" and "Falling." The pure build paired with the eventual rawness of the former exemplifies the dynamic ability of Kashuks, while keeping his limited, minimalistic elegance intact. The latter, depicts exactly what the name implies: a sense of serenity, falling, calmness through repetition. Layered tracks of rim hits, hi-hat cadences, and stirring chords weave a dreamy shroud of heavenly melodies, while just the right amount of white noise grounds the atmospheric symphony with a touch of imperfection.

From start to finish Fiction is an exploration in sound, taking noise from a multitude of environments and crafting it into a masterpiece of auditory construction. Kashuks' ability to translate the world around us into something that encapsulates his listeners is profound, and unique (to say the least) -- a breath of fresh air in an increasingly stale genre. I'm excited to see what else we have in store from Kashuks, from where I'm standing, the sky's the limit. 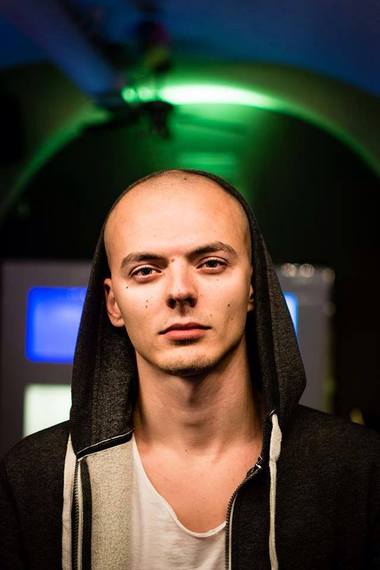