"Does she have a husband, or wife? Any family members or friends?" I asked the nurse.

Judith Cummings was the ultimate power broker. An investment banker who ran triathlons and savored running past other contestants--man or woman--in the grueling competitions she flew to on weekends. Judith had decided early on in life to always be in control of her time and space, so she made a choice never to marry, relishing her solitude amidst the daily hyper-connected business environment that she lived in. 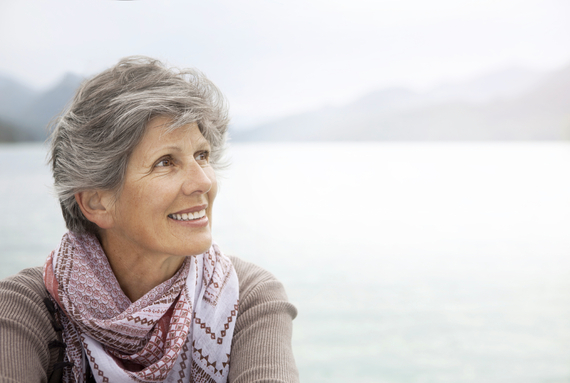 But all that was in the past. When I met Judith, she was a 69-year-old single female with advanced dementia who lived in a nursing home and was being admitted to my hospital service for a raging infection in her lungs. She could no longer swallow her pureed food properly so an attendant at the nursing home inadvertently shoved a tablespoon more of food into her mouth than she could handle. The applesauce had gone down the wrong pipe.

"Any documents about what she would have wanted for medical care? Any guardians?" I asked the nurse.

I quickly scanned the medical records finding a note indicating that the nursing home had recently started the process of having the courts designate a guardian. But for Judith, that was all too little and too late. Her breathing was worsening and despite our best efforts, I quickly paged the anesthesiologist to put a tube down Judith's throat and connect her to a breathing machine. Without any documents indicating otherwise, my default was to do everything I could to make sure she remained alive.

Once upon a time in American medicine, you could usually rely on the presence of a spouse, family member, or friend to help make decisions for patients suffering from Alzheimer's disease. That is likely no longer going to be the case. The Bureau of Labor Statistics recently released a startling fact of a changing America: for the first time in its history of tracking these sorts of things, there are more single Americans than people who are married, 50.2 percent of Americans or about 125 million American adults no longer tie the knot. To put that in perspective, in 1950 that number was 22 percent.

Add to the mix the frightening statistic that every 67 seconds someone in America develops Alzheimer's disease and 500,000 people die with the disease each year, and you soon realize that patients like Judith are far more common than one imagines. Unfortunately, the movie image of a loving family by the patient's side making medical decisions in advanced dementia (Still Alice, Iris, or The Notebook) is less frequent than it used to be.

Some states have created guardianship programs to meet this need, often referred to as programs for the "unbefriended elderly." These programs are generally underfunded, expensive, time-consuming, and overly cumbersome. Some hospitals have taken to internal decision-making protocols in which ethics committees collaborate with providers to make decisions. But often these mechanisms are not readily available to make a decision when one is needed.

April 16 is National Healthcare Decisions Day. Many of my patients--often single females, in their fifties or sixties, and without immediate family members--will ask me what they can do to avoid being in a situation like Judith's. I will tell them that the first thing they should do is reflect upon four questions:

What kinds of things are important to you in your life?

If you were not able to do the activities you enjoy, are there any medical treatments that would be too much?

What fears do you have about getting sick or medical care?

Do you have any beliefs that guide you when you make medical decisions?

And then I will tell them to start that conversation with their doctors. I also tell them to complete any legal paperwork that preserves their wishes and preferences. I even encourage them to use their mobile device or tablet to memorialize their wishes on a video, and to e-mail it to their doctor, in hopes that perhaps the video might become embedded in their electronic medical record. Seeing a person detailing his or her wishes is much more informative and immediate for doctors than a written document.

But even that may not be enough since most doctors in hospitals have never met their patients before their admission and often do not have access to patients' medical records. Many doctors, including myself, have wondered if our default for treating patients with advanced Alzheimer's disease should be reversed: instead of performing invasive interventions that are painful and of marginal benefit, doctors should opt for more comfort-oriented care aggressively focusing on the alleviation of suffering. A startling fact is that although most people feel that a more comfort-oriented path is a more appropriate form of treatment for patients with advanced dementia, health care services research suggests that most patients with advanced dementia in our health care system today do not receive such desired care focused on comfort and quality of life. 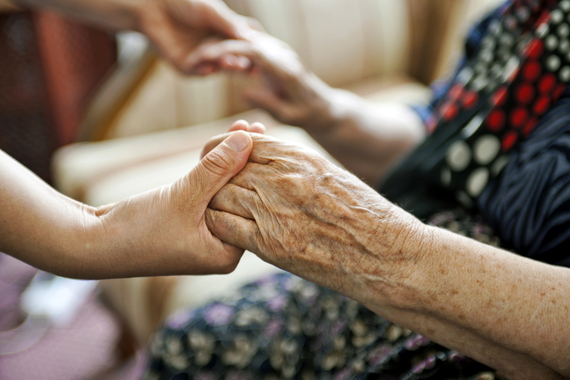 After a week in the ICU, the doctors decided to place a hole in Judith Cumming's throat so that a tube could be placed through her throat and connected to a breathing machine. They also surgically placed a feeding tube in her stomach so that the attendants did not have to spoon feed her and wreak havoc with her lungs. Within a few days of the procedures, she was back in her nursing home. Although she desired to be in control of every aspect of her life and to enjoy the tranquility of her solitary existence, when it came to health care and her final chapter, we as doctors would not let her be in control or left alone.

Angelo E. Volandes, MD, MPH is on faculty at Harvard Medical School and Massachusetts General Hospital. His first book, The Conversation: A Revolutionary Plan for End-of-Life Care, was just released by Bloomsbury Press.

Physician on faculty at Harvard and Massachusetts General Hospital. Author of "The Conversation: A Revolutionary Plan for End-of-Life Care."