Legions of tourists are unable to resist snapping ‘nose-pick’ selfies with the gigantic statues on Rapa Nui – or Easter Island.

Now an archaeologist has warned that tourists are “disrespecting” the statues, by climbing on them, sitting on graves and trampling preserved spaces.

You know the heads of the Easter Island figures, but often overlooked is the fact that they also have bodies.

Archaeologists at the University of California, Los Angeles have developed the Easter Island Statue Project to dig deeper into these Pacific Island icons and explore what’s below the surface.

The answer? Full-bodies statues measuring as much as 33 feet high.

She says that the influx of visitors is having a troubling impact on the island’s delicate ecosystem and its archaeology.

Van Tilburg said that the number of visitors is small – relative to the people who visit the Pyramids for instance – but their impact is large.

Van Tilburg said, “By Rapa Nui standards, on an island where electricity is provided by a generator, water is precious and depleted, and all the infrastructure is stressed, 150,000 is a mob.”

The ancient Easter Island people carved and transported the island’s 900-plus large statues by hand – and fitted stone “hats” weighing several tons on each one.

One of the enduring mysteries is how the Polynesian Rapa Nui society transported the so-called “pukao,” stones six feet in diameter and weighing 12 tons 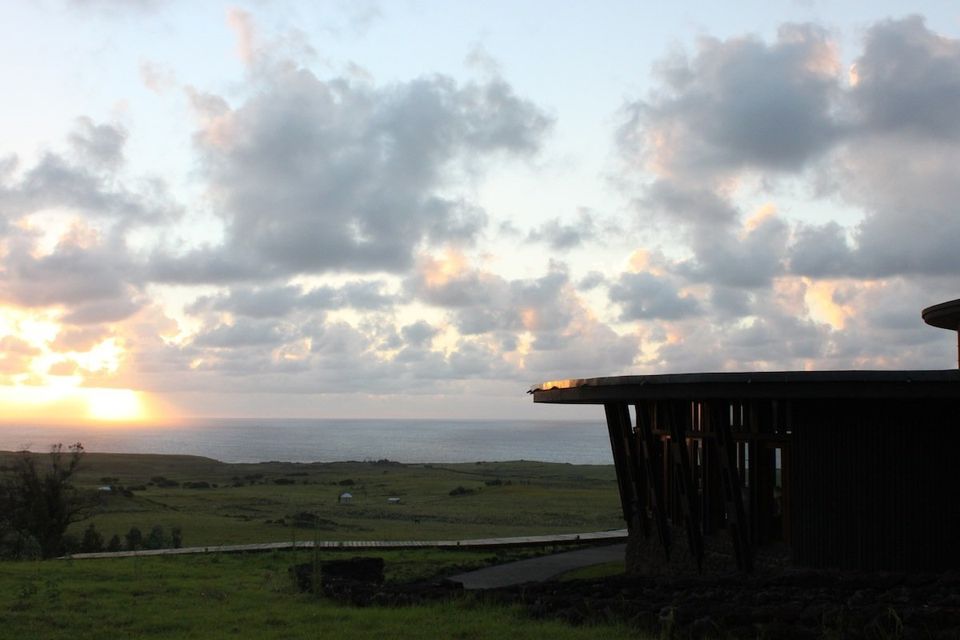 1 / 17
Sunrise over the southeastern coast of Easter Island.