CAIRO, March 7 (Reuters) - Egypt executed an Islamist on Saturday for a murder committed during riots in mid-2013, the first death sentence carried out against a supporter of the banned Muslim Brotherhood under President Abdel Fattah al-Sisi.

The interior ministry said in a statement on its Facebook page that Mahmoud Hassan Ramadan had been hanged for an incident where children were thrown from a building during protests in 2013 against the ouster of Islamist President Mohamed Mursi.

Security sources have described Ramadan as a radical Islamist who is not officially a Brotherhood member.

Former army chief Sisi oversaw the army's removal of the Brotherhood's Mursi, elected president following the 2011 uprising, in July 2013 following mass protests against his rule. He has since implemented a harsh crackdown on Islamists as well as secular political opponents.

Egyptian courts have sentenced hundreds of alleged Brotherhood supporters to death in recent months, many in mass trials condemned by foreign governments and rights groups as violating international law.

Saturday's execution came a month after Egypt's high court upheld the death sentence against Ramadan. Most of the other death sentences are still under review in a complex system of legal appeals.

In one of the most dramatic scenes of the upheaval following Mursi's fall captured on video, Ramadan threw someone off a rooftop during clashes in the northern Mediterranean city's Sidi Gaber district. An al Qaeda flag was seen tucked into the back of Ramadan's trousers.

Fifty-seven others were sentenced to 15-25 years in the case.

The Brotherhood, which says it is committed to peaceful activism, has accused the military of staging a coup and curbing freedoms won in the 2011 uprising that toppled Hosni Mubarak. 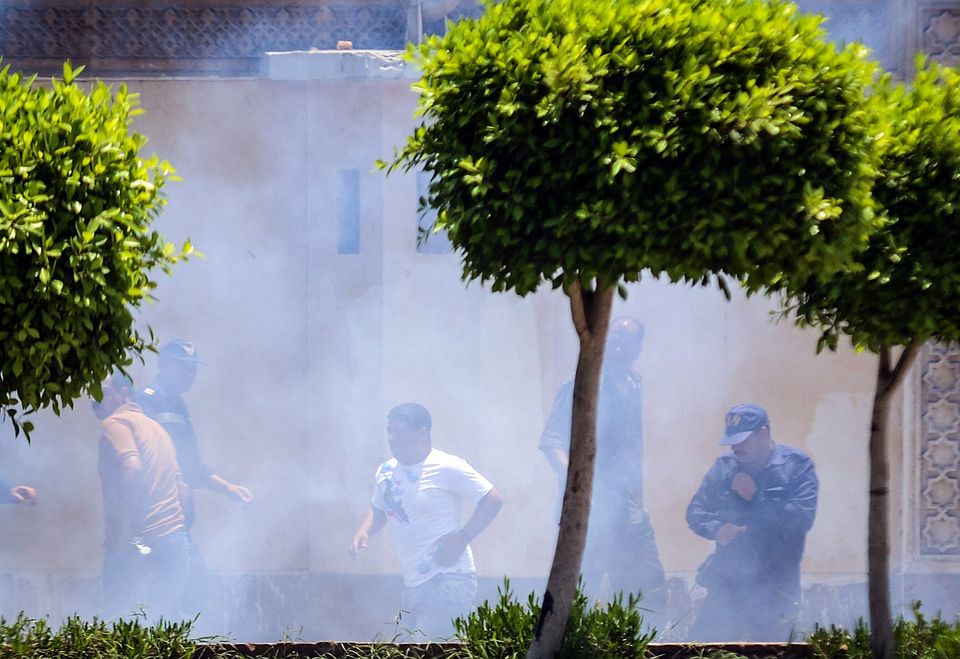 1 / 8
Smoke billows moments after a bomb blast in the vicinity of the Ittihadiya palace in Cairo on June 30, 2014. (MOHAMED EL-SHAHED/AFP/Getty Images)
Getty Images