Jasper Johns described art as taking an object, changing it, then changing it again. Robert Rauschenberg spoke of all his best materials being found on a walk around the block. Combining found objects, sculpted materials (plaster, papier-mâché, sculpey, wire), and paint, Elisa Lendvay, now exhibiting at Jason McCoy, seems to be fusing these two creative principles as her starting point. The resultant ephemeral sculptures bear, however, little or no visual semblance to the aforementioned artists; though closer to the latter they are in particular more sweet and introspective than Rauschenberg. Of the 15 pieces on view only two measure larger than eight inches in any dimension and thus read a bit like sculptural doodles. Yet they consistently surprise the viewer with bursts of associative imagination like a manuscript illuminator, freed in the marginalia from the rules of iconic restraint. The tone they impart ends up feeling like a cross between runes, ruins and renewals.

In a handful of the pieces, made from a range of materials, a wobbly or skewed infinity loop is implied, (Shadow Mark, Bend-Green Spot, Bend -- Grey & White, Stone Mark and Loops) perhaps in connection to the way that the found objects have been recycled, reinvented and reincarnated. The infinity loop invokes both the timelessness of and time-boundedness of the source material. Things once usable and functional, whether man-made or natural, become something much more allusive and elusive. In most cases the artist generally sculpts from material not destined by nature for last-ability. The found objects on the other hand are with notable exceptions, often enduring materials such as plastic, carpet, rubber and wire, inviting a meditation on our own impermanence and the paradoxical long-term consequences of our time on this planet. The more these works are considered the more they shift from poetic resonance to an implied narrative. "3 of Clubs" is a piece named for the playing card (found at Montauk Beach) rising up from between two small blocks of plaster and bound together by wire and dragging behind it an ocean battered snail shell. The playing card stands like a figure, more caught within than perched on its pedestal, and burdened by the busted shell, again eliciting thoughts of corpus. From there, the story keeps returning me to a vision of the artist walking, eyes to the ground, attuned to the beauty of the cast off. There is a tenderness and love implied in the way an object which would appear to be rubbish to most eyes, or maybe not even be noticed, is elevated, lifted up, examined, and found to be valuable, worthy and to have something to say. Humor and playfulness are part of the game as well. "Cannon" appears to have been titled for its resemblance to a half submerged cannon; but the 'wheels' also suggest two pieces of green bread sandwiched around a purple swollen and mute tongue like shape.

The problem of working on a small scale with materials that are marginal by nature, is that the work can almost be overlooked; as if it wasn't made to last or as if it still belongs to the streets and beaches from which the found elements were culled. And yet the artist's keen eye and invention gently redirect our story to the time in the studio, where objects are played with, moved, placed together, drawn on and transformed. Lendvay's talent is the way she pulls the voice from that which would otherwise remain silent, reminding us that this is how the eye listens and this is how the eye speaks. 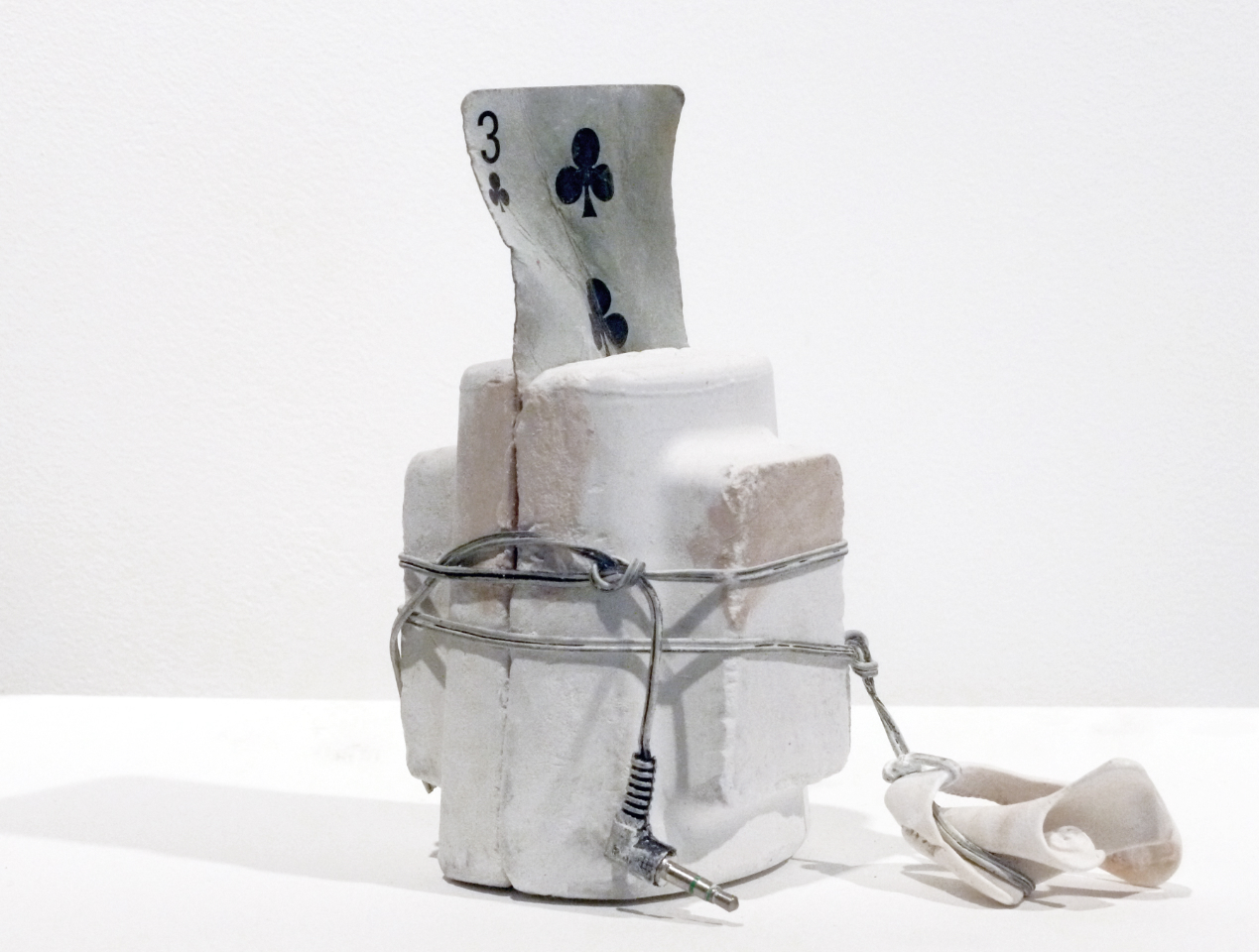 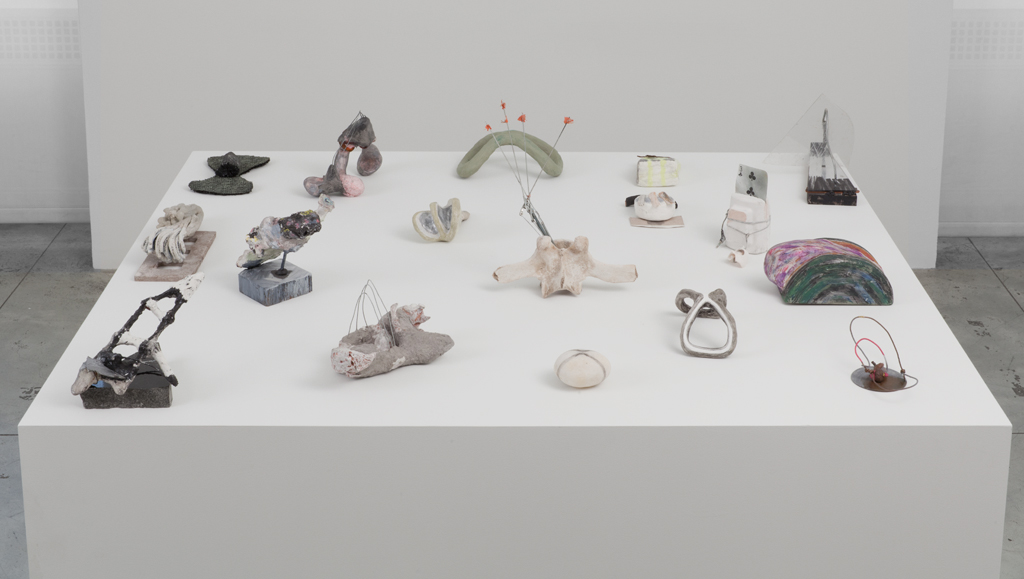