A startup is not a part-time activity. Trying to do a startup while keeping your day job may doom you to failure. So will failing to understand your customers.

Successful founders have a laser-like focus and commitment; a keen understanding of customers' needs; and a tenacious spirit, said the latest guests on Entrepreneurs are Everywhere, my radio show on Sirius XM Channel 111. 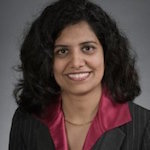 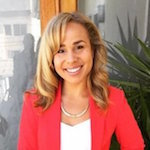 Clips from their interviews are below, but first a word about the show:
Entrepreneurs are Everywhere airs Thursdays at 1 p.m. Pacific, 4 p.m. Eastern on Sirius XM Channel 111. It follows the entrepreneurial journeys of founders sharing their experiences of what it takes to build a startup - from restaurants to rocket scientists, to online gifts to online groceries to entrepreneurial education and more.

The program examines the DNA of entrepreneurs: what makes them tick, how they came up with their ideas; and explores the habits that make them successful, and the highs, lows and pivots that pushed them forward.

Before starting CirkledIn, Reetu Gupta spent 20 years in corporate America doing internal startups as well as marketing and engineering work at Fortune 50 companies including AT&T Wireless and Honeywell. In between, she started a wearable startup in her spare time, but failed. Here's what happened:
Timing the market is a critical piece of any successful startup. We were early to the market. Even though there was a real need in the market it wasn't right (the right time) for a wearable (product). Today, everybody is wearing an Apple watch, five years ago, not so much.

... another reason (we failed was that it was a) side project. ...The thing is, when you do it as a side project, one, you don't have enough fire under your feet. ... You have consistent paycheck coming in. There's no reason for you to freak out and you're not running out of money and you're not trying your best (and) your resources are diffused. ...

Named to Forbes 30 Under 30 in Education list in 2014, Mandela Schumacher-Hodge is a former high school teacher who later served as global director of Education Entrepreneurs, a Gates Foundation initiative operated within UP Global, now Techstars. Her first startup was Tioki, known as the LinkedIn for educators.

While building Tioki, Mandela fell under the spell of her own reality distortion field:
One of the biggest lessons I learned was really understanding the problem... of your user. .... You think they want your product ... or you think because you are one of those users everyone would want what you want. I think that I gave myself a little bit too much power in the sense of, well, I'm a teacher; I know what all teachers would want, instead of getting out of the building and really practicing those early skills I learned at Startup Weekend. Get out of the building and really talk to people. Really understand their pain points. ...

... I (also) wish I would have just understood how this industry works a little bit better," before jumping in, just so my expectations would be equal to what the circumstances would require of me, like constantly learning and iterating and being super agile. I don't think I had ever had to be that way in my other career paths. That is a for sure requirement of entrepreneurship that I wasn't aware that I would ... I thought, "Oh, we're getting funded. We made it." But that's just the beginning.

Playing sports helped prepare her to be an entrepreneur:
The elements I learned from being an athlete, as well as a captain (are) first and foremost ... being a teammate. I think that you can be an individual and build a great product, but in order to really turn it in to a fantastic sustainable company, you really have to understand team dynamics, and you really have to understand complementary roles and skill-sets, and how to position people in the right seats, at the right time, depending on where you are at, in a season, or in a game and, of course, (in) your startup life...

Steve: ... Team captain is a lot like the founder and CEO of a startup. We talk a lot about (how) startups need teams with complementary skills. ... When you get a monoculture, you sometimes have a less successful startup. ...

Mandela: ... The teamwork aspect is huge. ... Aside from teamwork, I would say a huge thing I learned was perseverance by being an athlete. When you want to give up, and you're tired physically, mentally, and the effort it takes to just keep going, get up one more day, I have oftentimes found that's when I score that last-minute goal. It's the same thing in my entrepreneurial career: If I just stick with it and I put myself in uncomfortable situations, that's oftentimes ... where success is found.

Mandela gave up a Ph.D program to become an entrepreneur:
...I was on my way to the Ph.D... that I had worked my behind off to get into. It was a really big conundrum for me.

... I tend to feel like sometimes I am Super Woman. Like I can do everything. ... (so) I was going to do both -- naivete, right? So I started my PhD program. I did that for several months, and I started building the Tioki ... with my co-founder.

...and I got quickly pushed on my behind -- humbled you can call it -- and I realized that I'm being good at two things but I'm not being great at either. I understood the importance of making a decision and having a laser-like focus to really hone in my energy, my time, everything on one thing. So I made the decision to drop out of the Ph.D program and take the plunge full time.

Today she is applying the lessons she learned from her Tioki experience to The Startup Couch:
I tried to learn lessons from my previous startup failure and this time around I didn't launch anything for three months. I just solely tested and rather than go out and build a site I just utilized Medium to test the content. ... Medium is a blogging platform and you can start a blog in a matter of seconds rather than investing time in WordPress which I did later. It was just an easy, light lift and I started blogging about these private struggles I had gone through with anxiety and depression and insecurity and financial strains, being broke -- my cofounder got his car repo'd at one point. It got bad. And I was honest about it and people reacted. In that first month I got 20,000 hits and all this engagement, and I started doing surveys to see what are people doing to solve this solving that they say they, too, have.

To hear the clip, click here.
--
For Reetu, coming to America from India marked a watershed moment:
I always felt I was a misfit in India . ... I don't have any brothers and India is still a very male-dominated society. When I was growing up, it was really bad. Everybody used to feel sorry for my parents. I remember one particular incident when a next-door neighbor came with his three sons. It was a dispute. He said that my dad didn't have any son to protect him. It used to boil my blood. I was very frustrated. I always used to tell my parents, "I'm going to be that son that you don't have."

... Women (in India) were not safe. Girls ...couldn't do this ... couldn't do that. I was very frustrated. In fact, I used to think, "I should write a book on how to raise a rebel in society." It made me that rebel.

When I came to Maryland for the first time, I was like, "Oh my God, this is where I should have been born. This is where I fit. I can go to the store at night and not be afraid of getting killed."
Just basic necessities are met. Infrastructure is there. There's no corruption. You can really focus on things that you really care about. There's running water in the sink and there are no potholes in the road. There's no electricity card. I can focus on my career, my job, my business idea if I have one.

Reetu's current startup idea came out of her experience of documenting her daughter's achievements for a school application. Here's how she validated it:
After we went through that process, I said there's got to be a better way. I started Google-ing "kids' profile," "resume building," and all of that, and I did not come up with anything. ... The first thing I did was I made a lookalike of our website, what it would look like, and I went and started interviewing people. ...

I had a Kindle and I took that to the mall. ...I started in my neighborhood, everybody I met with, I said, introduce me to two other moms, two other parents, two other whatever. I interviewed a hundred people over two and a half months. At that time, we had three different offering ideas and I asked them to prioritize those three. Everybody asked for a profile. The words we heard were, "It's a godsend, when can I have it? I wish I had it when I was growing up. This is a great idea."

Here's Reetu's advice for other founders:
One thing I will say is know what you are getting into. Entrepreneurship is very glamorized. You hear about 20-year-old billionaires, you hear about success stories. What you do not hear about, all the antidepressant consumption that's going up. You do not hear all the failures of the startups that did not go anywhere, didn't get any funding and died. It's like, I say, it's like child(birth): you do not know what you are getting into until you go through it.

... Just know that it's harder than anything you have ever done.

Listen to my full interviews with Reetu and Mandela by downloading them from SoundCloud here and here. (And download any of the past shows here.)

Next on Entrepreneurs are Everywhere: Elin Elkehag, founder of Vinna Ventures; and Hillary Hartley, deputy executive director and co-founder of 18F; in the first of three episodes recorded at the Lean Startup Conference.