What if you were told that diseases--even life threatening ones--can be a good thing, at least for some people

Is it possible that some of the maladies that plague us have helped humans survive and even thrive through evolutionary history?

Could it be that mutant genes may actually make endogamous populations 'smarter'? 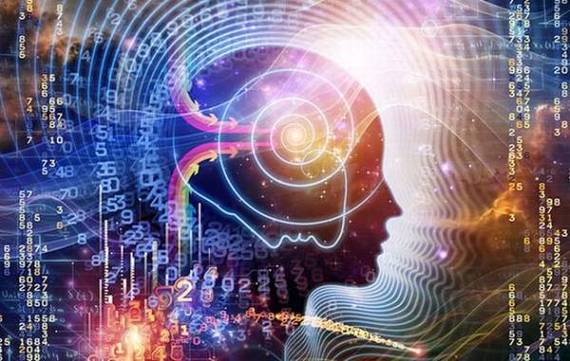 Consider sickle cell anemia, a genetic disease common to many American blacks and persons of West and Central African ancestry. It is characterized by severe anemia with symptoms of pallor, muscle cramps, weakness, and susceptibility to fatigue. Additional symptoms include heart enlargement, brain cell atrophy, and severe pain in the abdomen, back, head, and extremities (see diagram below). Many victims of sickle-cell anemia die before the age of twenty, though some survive past fifty. It's an ugly list of maladies. Usually genetic disorders with such horrific consequences lead to the extinction of the 'bad' mutation-it ends up literally killing off all its carriers, so the faulty gene is not passed on to future generations.

So why is sickle cell still with us? Because like the mutations that cause a range of other disorders such as inflammatory bowel disease, psoriasis, Tay-Sachs disease and certain breast cancers, there are beneficial dimensions to these mutations. In the case of sickle cell, the gene has a beneficial aspect: it provides protection against malaria.

Evolution can be weird that way. The genes for some afflictions may actually have been preserved through Darwinian selection. The reason has to do with the specifics of each disease, but often is easily figured out, based on associations between various genes, the disease, and factors affecting aspects of biology not directly connected with the disease.

Immune system can be helpful or harmful

Autoimmune diseases represent a large category of conditions resulting from the immune system wrongfully identifying a person's own tissue as foreign. Depending on which type of tissue, and where in the body this happens, the disease can autoimmune disease can manifest in very different ways. Psoriasis, for instance, results from an autoimmune attack in skin. Often, it occurs together with rheumatoid arthritis, which also is an autoimmune conditions, but in connective tissue of the joints. Inflammatory bowel disease (IBD), Crohn disease for example, also develops through an autoimmune mechanism, and many of these diseases feature autoimmune attacks in multiple systems.

According to research by Omer Gokcumen and colleagues at the University at Buffalo, such autoimmune diseases were present in certain prehistoric humans, such as Neanderthals and Denisovans, who are thought to have mixed with our ancestors. Additionally, the presence of such diseases was probably protective, even protective enough to offset the disadvantages of carrying the disease. In fact, in the environment in which the ancient humans live, the disease effects may not have been as bad as they are in modern humans. Gokcumen:

Our findings suggest that there may be some unknown factor -now or in the past- that counteracts the danger when you carry genetic features that may increase susceptibility for [Crohn disease and psoriasis]. One can imagine that in a pathogen-rich environment, a highly active immune system may actually be a good thing, even if it increases the chances of an auto-immune response.

Specifically, the affected red blood cells take on a crescent or sickle shape, which actually keeps out the parasites that cause malaria. For this reason, in malaria infested regions, individuals with the sickle cell trait -one gene for sickle cell anemia- actually are better off than people with two normal hemoglobin genes. Thus, survival of the the sickle cell gene is promoted by environments in which malaria parasites thrive, just as survival of Tay-Sachs genes may have been promoted in areas where tuberculosis was common.

In the cases of recessive genetic conditions-diseases that manifest usually only if an individual receives a defective gene for some important enzyme from both parents-evolutionary biology suggests protective benefits are conferred on some carriers (people with one defective (disease-causing) gene who don't have the condition itself). For instance, while Tay-Sachs disease is deadly, usually within three years of birth, It's thought that having one Tay-Sachs gene (being a Tay-Sachs carrier) might have been protective against tuberculosis, particularly among ancestors of Ashkenazi Jews, who carry a couple of the most well-known and notorious Tay-Sachs gene mutations.

It's also theorized that a host of diseases that afflict Ashkenazim may persist because they provide some evolutionary benefits. Henry Harpending, an evolutionary anthropologist at the University of Utah, and Gregory Cochran, a physicist turned genetic theorist, have riveted the attention of the chattering classes by addressing the scientific mystery of why an odd cluster of brain, nervous system, and DNA "repair" disorders, including Tay Sachs and breast cancer, stubbornly persist among Jews of European descent.

Why weren't these deadly disease genes filtered out of the gene pool, eradicated by natural selection, as regularly happens in evolution? Cochran and Harpending--along with numerous other scientists--postulated that centuries of endogamy within the Ashkenazi Jewish community preserved Jewish culture but at a cost. It turns out that people who suffer from these genetically related diseases share another similarity besides their Ashkenazi ancestry--they are often of unusually high intelligence as measured by standardized IQ tests.

This subgroup of world Jewry may have inherited extra brain power, but the same genetic factors that helped increase IQ may have led to nervous system and brain disorders linked to the very same mutations. In other words, these genetic mistakes may offer real but costly survivor benefits.

How could this be? Harmful mutations usually disappear because people who carry mutant genes often die at an early age or have difficulty in finding mates. But there are exceptions to the grinding work of nature: when a mutation offers some survival benefit. As I outlined in my book Abraham's Children: Race, Identity and the DNA of The Chosen People, Cochran, who developed the theory, theorized that these DNA disorders are genetically linked to dendrite development. Those who have these mutations have more neural connections--but also more opportunities for 'breakdowns' in the neural pathways. He dubbed it "overclocking"--computerspeak for eking out extra performance.

The problem with overclocking, Cochran has said, is that "Sometimes you get away with it, sometimes you don't"-some geeks run their hard drives faster than they were designed to, which can cause crashes or breakdowns. Could the mutations work the same way? Perhaps two copies can leave the brain wasted; one copy and you're smart?

Because Ashkenazi Jews maintained and followed restrictions on intermarriage, certain gene frequencies, including a proclivity to these diseases, have remained common among sub-populations of Jews that did not marry outside their group--they were not "bred out." And because of cultural factors honed over many centuries, Jews may have historically chosen mates with higher intelligence, risking the possibility of having children with debilitating diseases. By some mysterious, evolution-driven psychic calibration, some Jews may have historically valued brains over health-and that proclivity became embedded in their genes.

(Note: Genetic studies suggest that Sephardic Jews--descendants of Jews whose ancestry traces to North Africa and Spain--did not have children as exclusively 'within the tribe,' and hence the Sephardic gene pool is not as insular. IQ tests of Sephardic Jews suggest that on average, their scores are not markedly different than the global average of 100).

The Cochran-Harpening theory--genes that stimulate the extra growth and branching that connect nerve cells together might promote intelligence--has not been definitively embraced. But it has not been dismissed, and there is at least some studies that lend credence to it. Consider a 1995 study on rats afflicted with Gaucher. If there were two copies of the gene-recessive mutations donated by the mother and father-a chemical in the brain built up and the branching of the neurons grew wildly, leading to a debilitating brain disease. However, if there was only a single copy of these "IQ genes" the chemical build-up led to more intense but relatively controlled growth in the brain. That's what appeared to happen to the rats with a single copy of the Gaucher mutation. Is it working that way in humans?

Gaucher is the most common disease found disproportionately in Jews, with the mutation showing up in 6 percent of Ashkenazim. There is at least circumstantial evidence linking Gaucher to high IQ. At Cochran's request, the Gaucher Clinic at Jerusalem's Shaare Zedek Medical Centre furnished him with a list of occupations of more than 250 adult patients, essentially all the adult Gaucher sufferers in the country. "Many of my patients are well known intellectuals," said Ari Zimran, director of the clinic. Fifteen percent of the patients were engineers or scientists versus an estimated 2.25 percent of the Israeli Ashkenazi working age population and there were 20 times as many physicists as might otherwise be expected. That's not slam dunk science, but it's intriguing.

It's a controversial and speculative theory but not without precedent. In 1994, UCLA scientist Jared Diamond promoted a similar but more simplistic version of this theory, writing that the operant mutations might have been positively selected "in Jews for the intelligence putatively required to survive recurrent persecution, and also to make a living by commerce, because Jews were barred from the agricultural jobs available to the non-Jewish people."

In private conversations with dozens of geneticists, almost no one was willing to categorically rule out the theory that Ashkenazi Jews may have received a genetic gift of intelligence as recompense for the extraordinary number of brain diseases. "Yes, selection for intelligence is credible," Hebrew University's Joel Zlotogora, one of the few scientists willing to be quoted, told me. "For me everything is credible. I think the founder effect is true for only some disorders, but not for all of them, and there must be something else. There could very well be positive selection."

At least for now most scientists are reluctant to embrace positive selection as an explanation of Jewish intelligence, although it remains a respected theory. David Goldstein, a geneticist at Duke University and author of the book Jacob's Legacy: A Genetic View of Jewish History, called the theory "tantalizing, circumstantial, politically incorrect in the extreme... [but] cannot be ruled out."