“Come, strip, win." The slogan reverberated on Paris' streets on Tuesday as a group of feminist activists paraded topless through the French capital.

20Minutes.fr reports that the Ukrainian feminist organization FEMEN, famous for its bare-chested protests, celebrated the set-up of its new training camp in Paris on Tuesday. The training camp will become the group's new European headquarter, BFM TV writes.

Inna Schevchenko, the activist who made headlines last month for chainsawing an Orthodox cross in support of the Russian punk band Pussy Riot, told BFMTV that "no one really pays attention to women's issues, but we saw changes when we started protesting naked, especially because we are sexy and pretty. It became our fighting strategy," according to a HuffPost translation.

FEMEN was founded in 2008 to protest gender discrimination in post-Soviet society, Radio Free Europe/Radio Liberty reports. The group has since earned a reputation worldwide for its demonstrations during the London Olympics and the Euro 2012 soccer tournament in Poland.

During a protest last year outside the Paris apartment of former IMF chief Dominique Strauss-Kahn, three FEMEN activists provocatively dressed up as hotel chamber maids -- an allusion to DSK's arrest in New York on accusations of attempted rape.

According to its website, FEMEN will train activists in its new Parisian base and will prepare them to work in high-risk environments. The organization says it plans to open offices in New York, Montreal and Sao Paulo. 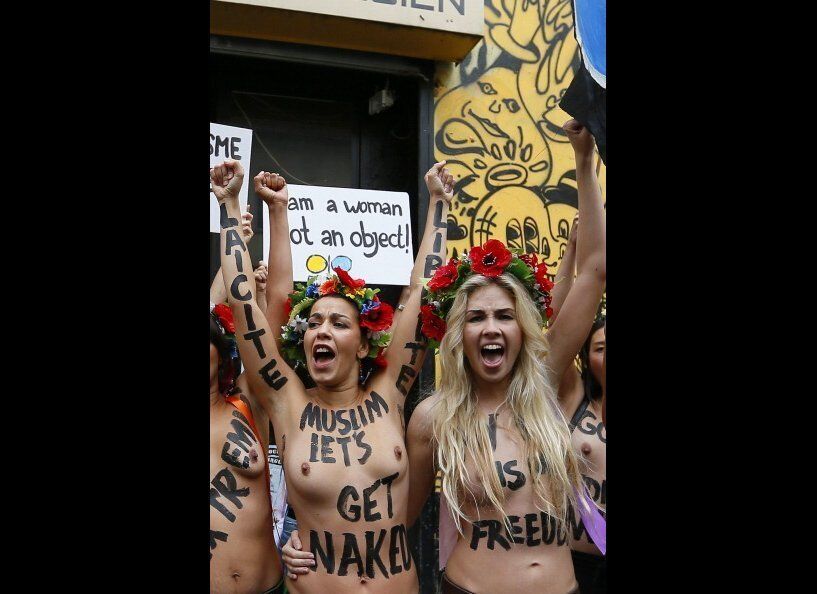 1 / 6
Topless activists of the Ukrainian movement FEMEN protest in front of their official Centre in Paris. (Kenzo Tribouillard/Getty Images)
Getty