It was awfully cold in Lovund, Norway, last weekend. So cold, in fact, that a school of herring that strayed too close to shore apparently froze in place.

Ingolf Kristiansen captured a picture of bizarre phenomenon Sunday. The image was then provided to the Norwegian Broadcasting Corporation (NRK). 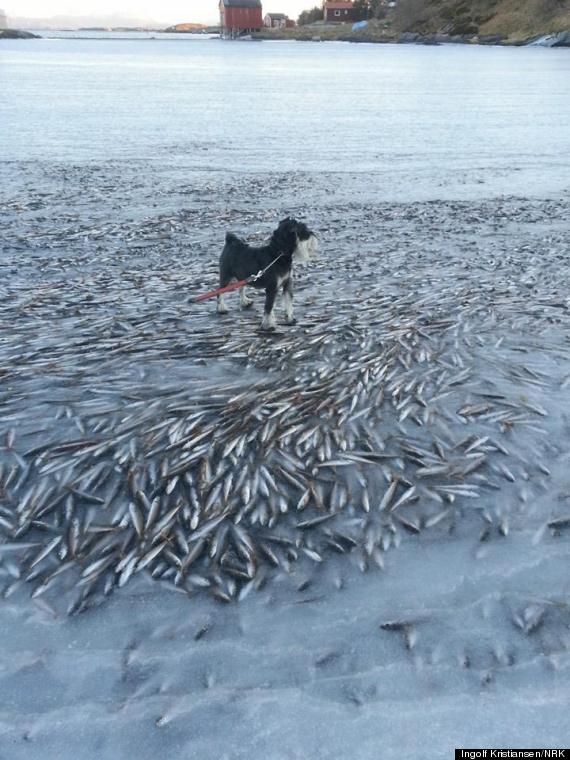 Aril Slotte, a pelagic fish expert at Norway's Institute of Marine Research, speculated the herring had been herded into the shallows by cormorants, a natural predator, and were unable to flee to deeper water that was less likely to freeze.

In January of 2012, 20 tons of herring mysteriously washed onto a beach in northern Norway, baffling scientists as to their cause of death. Theories included oxygen deprivation, disease, or particularly stormy weather, all of which feasibly could have killed the animals at sea, where they later drifted in to shore.

Whatever the specific cause, reports Reuters, mass animal deaths in the ocean are generally linked to some broader environmental instability, such as sudden temperature shifts or human actions.