How do you draw attention to the scourge of plastics polluting our oceans? If you're an artist at the U.N. Conference on Sustainable Development, being held in Rio through June 22nd, you use plastic bottles to build a trio of gigantic fish, then illuminate them on the beach.

This year's conference highlights plastic as one of the most problematic ocean pollutants. The conference marks the 20th anniversary of the 1992 United Nations Conference on Environment and Development (UNCED), better known as "The Earth Summit."

PHOTOS of the impressive works of art: 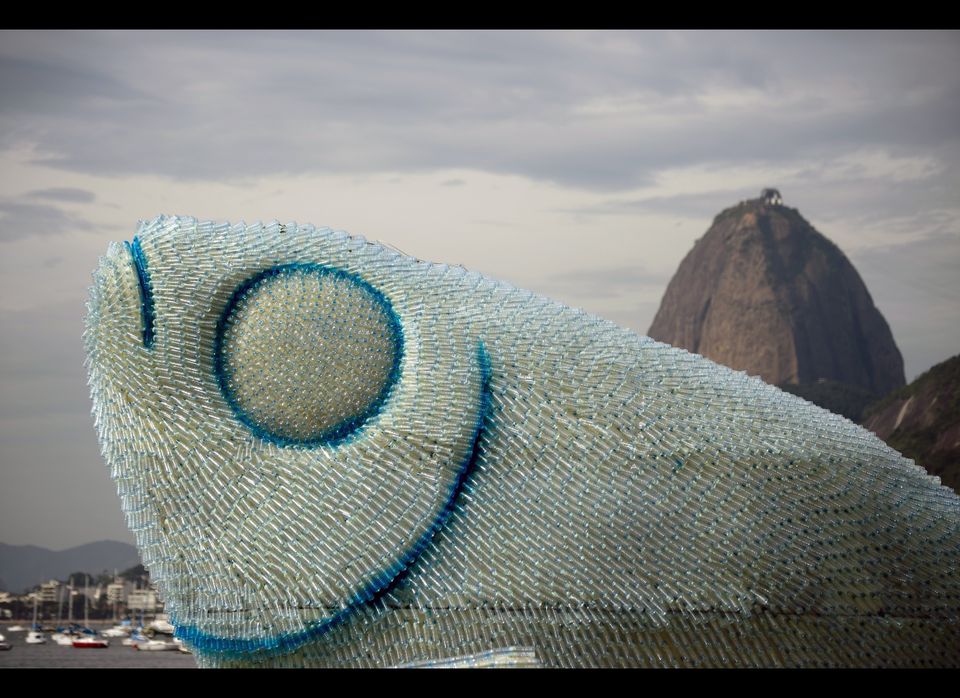 1 / 8
Partial view of an installation made of
Partial view of an installation made of recycled plastic bottles representing fishes, in Botafogo beach, in Rio de Janeiro, on June 19, 2012, in the sidelines of the UN Conference on Sustainable Development, Rio+20. The UN conference, which marks the 20th anniversary of the Earth Summit -- a landmark 1992 gathering that opened the debate on the future of the planet and its resources -- is the largest ever organized, with 50,000 delegates. AFP PHOTO / Christophe Simon (Photo credit should read CHRISTOPHE SIMON/AFP/GettyImages)
Getty