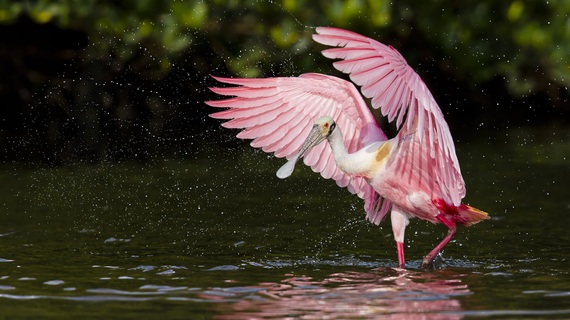 A roseate spoonbill, a species native to the Gulf of Mexico, flaps its wings. (© Steven Blandin, Getty Images)

By Mark Tercek and Robert Bendick

Last week marked both the fifth anniversary of the Deepwater Horizon oil spill in the Gulf of Mexico and the 45th Earth Day. Earth Day began in 1970, arising out of Americans' frustrations with the degraded and declining state of the U.S. environment. Since then, there has been much environmental progress, but one need look no further than the Gulf of Mexico and the BP oil spill to see how much more must be done to pass along a safe and healthy world to our children.

How can we accomplish lasting change? Over the past 45 years, the environmental movement has been organized and institutionalized. While that may have been necessary, we have lost part of the spirit of individual and collective responsibility for our environment that Earth Day was intended to celebrate. The response to the Gulf oil spill, however, is restoring that sense of ownership and setting an example for the rest of the country.

When BP's Deepwater Horizon drilling platform exploded in the Gulf of Mexico five years ago, 11 workers died, and crude oil poured into the Gulf for 87 days. Citizens rallied, setting up booms to catch the oil and protect shorelines wherever they could. But as the oil reached the surface, spread into Gulf coast marshes and coated birds and marine life, they felt unable to affect the outcome. 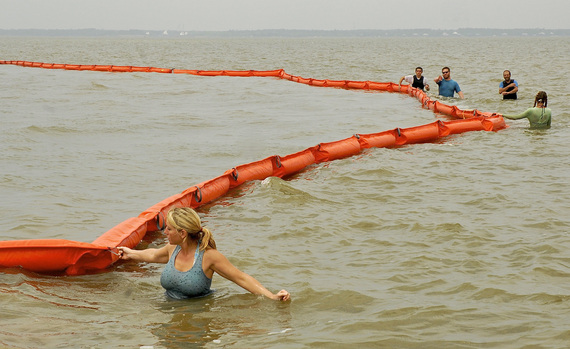 TNC staff and volunteers prepare a string of containment booms to protect an oyster-reef restoration project from the spread of oil on Alabama's Gulf Coast. (© Bill Finch)

Today, more people in the Gulf region feel empowered because money resulting from the spill is being put into the hands of Gulf Coast communities. Those communities are embracing the opportunity to create a stronger Gulf by restoring the natural systems that support their livelihoods, fuel their economies and make their coastlines more resilient to rising seas, storms and other future disasters.

One source of funding is BP's penalty payments from the now-settled criminal case against the company and other responsible parties. This money has gone to the National Fish and Wildlife Foundation (NFWF), which is distributing the funds to Gulf states for coastal habitat restoration.

Other funding is through the RESTORE Act, which Congress passed and the president signed into law in the wake of the spill. Under the RESTORE Act, 80 percent of potential penalties from the Clean Water Act will go to Gulf states and counties, and to on-the-ground federal agencies for post-spill restoration activities.

RESTORE Act funds have come slowly because the Clean Water Act federal litigation remains unresolved. However, based on the success of the NFWF grants and the many good proposals submitted for RESTORE funding, putting Gulf restoration money into the hands of the people of the Gulf region -- who are acting through their government agencies -- appears to be a right strategy. 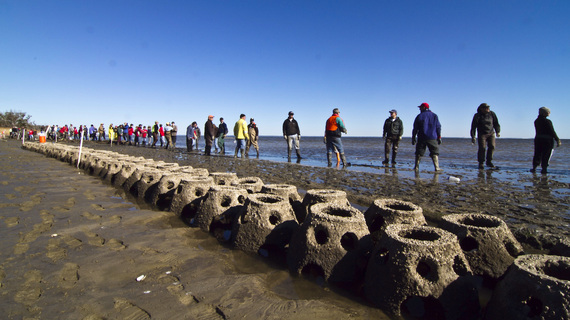 A recently released report by the Nature Conservancy (TNC) reveals that most of the funds already allocated for Gulf recovery are being spent to restore the Gulf's natural systems. And all five Gulf states are creating their own localized restoration plans tailored to the character of their coastlines.

The majority of the state and federal agency projects emphasize restoration of the Gulf's estuaries and their tributaries, reflecting the science that the health of the Gulf as a whole depends on the health of the places where freshwater and saltwater mix. This estuary approach also breaks Gulf restoration into smaller pieces where individuals and local groups can have long-term influence on the direction of restoration activities in their home waters.

Today, the people of the Gulf of Mexico region -- and those who represent them in government -- are not only repairing damage from the spill but taking on the responsibility to care for and create a stronger Gulf for the long term. Their actions serve as a model for how restoring nature can help strengthen coastal communities all over the world. This can be a renewed cause for celebration on Earth Days to come. 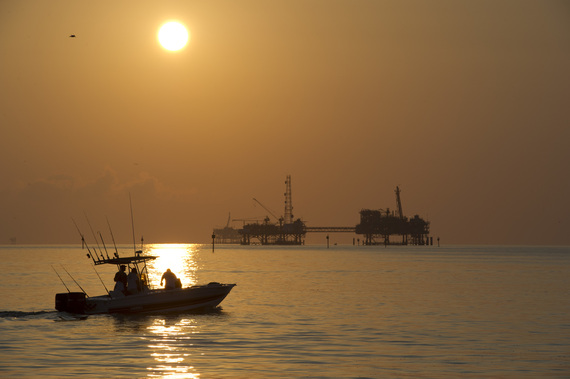 A fishing boat and oil platform can be seen along Alabama's Gulf Coast. (© Ami Vitale)

Mark Tercek is the president and CEO of the Nature Conservancy and the author of Nature's Fortune: How Business and Society Thrive by Investing in Nature. You can follow Mark on Twitter @MarkTercek.

Robert Bendick is the Nature Conservancy's Gulf of Mexico Program director. You can follow TNC's Gulf restoration efforts on Facebook.