At the end of every art class, Rita Owens sang a little ditty to her high school students. While it was just three words -- "Clean up, please" -- a lot was packed into her delivery.

Her tone was that of a loving mother and, in a sense, she was. Owens cared for these students so much that she ran an after-school program that helped steer kids in the right direction in life.

By making a joyful request instead of barking out an order, Owens showed clever leadership. Her sweet approach proved an effective way of getting the class to put away their colors, papers and other materials.

So her daughter, entertainer Queen Latifah, knew something was wrong when she called Owens' classroom one afternoon and heard her mom deliver that trademark tune with "a little less of a song to it -- not the same brightness."

"I could hear her being more short-tempered with her students," Latifah said. "She had a lot of patience, so if she was short, it was very noticeable. I also noticed she was more fatigued. I could tell she wasn't feeling well."

Owens was an energetic woman who didn't smoke or drink, and was never overweight. To her loved ones, this change in her personality was more of a curiosity than a major concern.

Until the day she passed out at school.

Latifah was in the hospital when the doctor delivered Owens' diagnosis: Heart failure.

It's a frightful phrase for anyone. For Latifah, it was magnified because about a year before her grandmother died from it. As this doctor discussed which medicines Owens should take, Latifah recognized several as being the same ones her grandmother had taken.

Although no one could say so on that day, today we can. It's been 11 years and Owens is still going strong. So strong that she and Latifah are working with my organization, the American Heart Association, to spread the word that patients can "Rise Above Heart Failure," and to help teach them how. 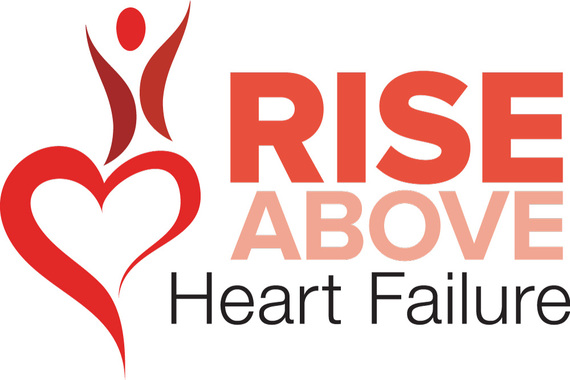 "Heart failure" may not be what you think it is.

Many believe the term is synonymous with a heart attack. Or that it means a heart is about to stop -- as in, fail to beat anymore.

Actually, the failure is that the heart is unable to do its usual job (pumping blood to the rest of the body) at its usual rate. An inefficient heart can lead to problems elsewhere in the body.

Nearly 6 million Americans -- about equal to the combined populations of Los Angeles and Houston -- live with it; another roughly 870,000 new cases are reported each year. This makes heart failure one of the most common types of heart disease, which is itself the most common killer of Americans.

While I don't like dwelling on those details, it's important to understand the severity of this condition. It also adds to our resolve as we talk about reversing these trends. 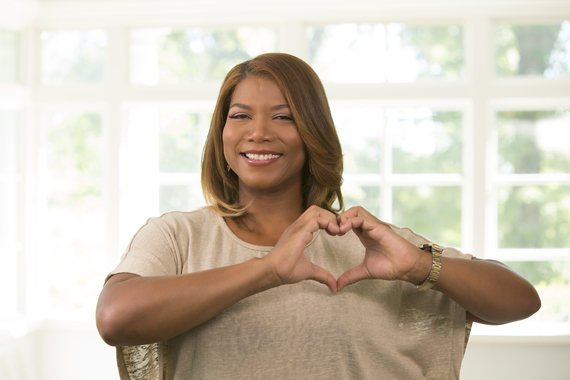 Last week, the American Heart Association announced a goal of reducing hospitalizations from heart failure by 10 percent in 2020.

We aim to do this, in part, through "Rise Above Heart Failure," a campaign that seeks to make a difference through awareness, education and support. It is supported nationally by Novartis Pharmaceuticals Corporation.

The goal is empowering Americans to better understand heart failure so they can take steps to prevent it, or to detect it early. And if they or a loved one is diagnosed with heart failure, or is already dealing with it, this knowledge can help manage and treat it.

Heart failure is triggered by conditions that either directly damage a heart or cause damage indirectly by making it work too hard. Indirect causes include the usual lifestyle factors that increase your risk of heart attack and stroke: smoking; being overweight; eating foods high in fat, sodium and cholesterol; and physical inactivity. Also at higher risk of developing heart failure are people with diabetes, high blood pressure, hardening of the arteries, obesity and metabolic syndrome.

What are the symptoms?

The most common are shortness of breath, persistent coughing or wheezing, swelling of the feet and ankles, fatigue, lack of appetite or nausea, confusion or increased heart rate.

What can be done about it?

A physician can set an individualized treatment plan. The basics involve medicines and lifestyle changes, such as exercise and following a low-sodium diet. There are also support networks for patients and caregivers.

There are good reasons to be optimistic that we can make a difference. The best reasons are the success stories -- the people like Owens. 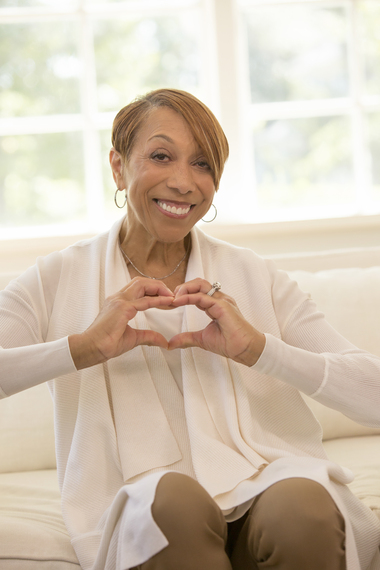 Owens has been a model patient, from taking medication to making lifestyle changes, such as following a low-sodium diet.

She received an implantable defibrillator to protect her heart from going into cardiac arrest. She also uses oxygen to help with a lung problem, one she believes stems from her heart condition. (She also has sleep apnea; a sleep study following her heart failure diagnosis showed that she stopped breathing more than 100 times in a night. Think of the added strain that put on her heart.)

Latifah and her siblings dote on Owens, providing all the personal attention they can. They also realize that they, too, are at risk.

A key component of Rise Above Heart Failure is encouraging people to make small changes that can make a big difference. More than just a spokeswoman, Latifah is leading by example.

"We as a family have all started eating better," Latifah said. "We eat less fat, especially less saturated fats, less sugar and less sodium. I very rarely add salt to my food. I was already heading in that direction, but I've become more cognizant of what I eat.

"I'm also trying to maintain a healthier lifestyle in general -- exercise more, rest more, sleep better, just taking care of myself and keeping my stress down. I'm trying to avoid all the things that contribute to heart problems."

Those changes make sense. Anyone can make them ... anyone who is serious about rising above heart failure.

"We're sharing our story to get these messages out, to help people prevent heart failure and avoid being hospitalized as frequently," Latifah said. "We want people to live longer, healthier lives." 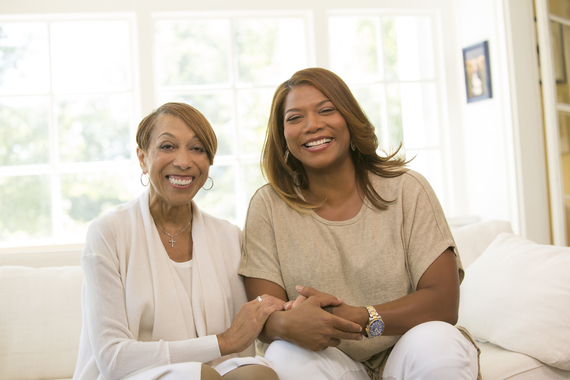