I had the once-(actually twice)-in-a-lifetime experience of attending the Presidential Inauguration Day Prayer Service at St. John's Church across from the White House on Monday. Built in 1815, it is a stunning Episcopalian Church that has been attended by every President who has served our country since James Madison. It is beautiful, and the history is breath-taking. 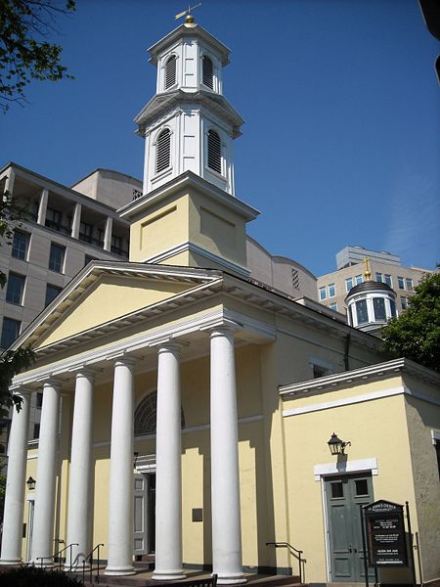 But, what really took my breath away happened at the very beginning of the service. It was very early morning in what was to be a very long day, and I'd not had my second cup of coffee yet. But, I was jolted into a fully awake state by the Reverend's very first remarks.

He welcomed us, and said that the day before he had been visiting a parishioner-a young girl named Lauren. Twelve years old, she was having multiple seizures every single day and was about to undergo a 15-hour hemispherectomy. For those of you who may not know what that means, they were about to remove half of her brain. He had been with her to pray, and mentioned to her that he would be presiding over this important service the very next day. When he left her hospital room, she said to him, "Please tell President Obama I am praying for him."

I thought maybe I was still asleep and dreaming, but it was clear I had heard him correctly. I was stunned into tears. We hear so many heartbreaking stories about courageous children--so often about kids who are battling cancer or other horrendous illnesses--but rarely do the stories revolve around epilepsy. And, the fact that she was also a "Lauren," like my own daughter, blew me away.

Even more than that, though, it got me thinking about my Lauren, the Lauren whose story the Reverend had just shared, and all the children struggling with epilepsy that I've come to know over the years. They've been robbed of so much, and endured far too much suffering, pain and sadness in their young lives. But, they inspire me with their resilience, and their amazing capacity to think beyond their own struggles and hardships.

The young Lauren the Reverend described exemplifies the heart-wrenching struggles so many of our kids have faced. Her story also reinforces the obligation that those of us who know and love them face-to ensure that we are doing all we can to improve their lives, and to ensure the health and safety of generations to come. This is why we believe in the power of research---the power to truly change lives.

If young Lauren can be thinking of the President and others as she lies in a hospital bed awaiting the removal of a half of her brain, then it is the very least we can do to fight as hard as we possibly can for her and so many others.

Thank you for your support of this cause. It is deeply appreciated.

to funding research in epilepsy. Nearly 90 cents of every dollar goes toward research. Since its inception in 1998, CURE has raised more than $20 million.