When can you get the Estonian President, Prime Minister, Vice President of the EU, innumerable foreign ministers, ambassadors, and top think tankers all in the same place? At the annual Lennart Meri Conference, of course! At the event one can find large panels covering the most pertinent foreign policy issues and intimate conversations between the most influential people on the planet. This is a veritable who's who in foreign policy. This year's theme of "Shaping the New Normal" has wide sweeping implications not only for Europe, but globally. International instability has created a myriad of global threats, but also provides numerous opportunities to address the "new normal."

Annexation of Crimea has increased the fears of Russian border states and bordering cities, like Narva, Estonia. On 12 May, the day before the main conference started, discussions at the Narva College of the University of Tartu outlined many of the fears of small, former soviet states with an ethnic Russian population and also highlighted paths for keeping the Russian aspirations at bay. Panelists agreed that President Putin is an opportunist who will exploit instability in states, so the Baltics as well as other former soviet states should seek to address their internal issues and the grievances of their populations. 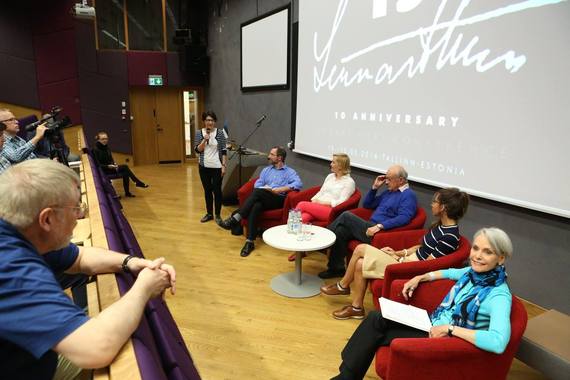 Leading off the main conference on 13 May was Estonian President Toomas Hendrik Ilves, the First Vice President of the EU Commission, Frans Timmermans, General Wesley Clark (ret.), and Constanze Stelzenmüller of The Brookings Institution who discussed what is the new normal. With the sea of changes in regards to EU cohesion, economic uncertainty, migration issues, and conflicts worldwide, states must increase their political will to implement strategies that will carry Europe and the Western world forward in a positive manner. Avoiding taking leadership in Europe and the West will inevitably lead to an increase in problems for a more fractious continent with weakened bargaining power.
Video of the opening session "New Normal. The End of The West as We Know It?" 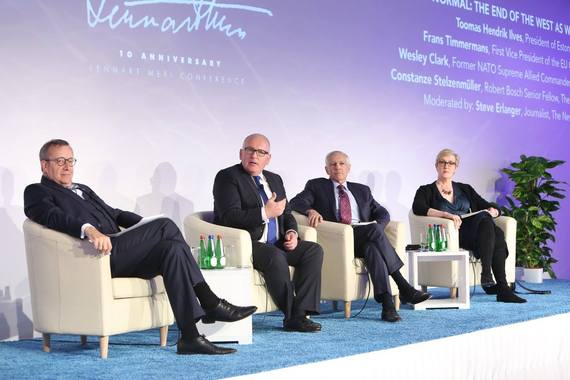 An excited group of participants attended the night owl session that addressed Europe's refugee crisis with an illustrious panel to include Estonia's Foreign Minister, Marina Kaljurand, Frans Timmermans, Ruprecht Polenz, President of the German Association for East European Studies, Artis Pabriks the European Parliament's Rapporteur for the European Border and Coast Guard, and Harlem Désir, the Minister of State for European Affairs of the Republic of France. Consensus on the issue of refugees remains complicated and must be addressed in terms of not only the burden on the states and local population, logistics, and fear, but also in terms of human rights and the values of the EU alliance. Europe must act collectively as dealing with the refugee crisis is going to be a test of the credibility, solidarity, and values of the EU. Forging a relationship with Turkey is imperative if the EU wants to effectively manage the current migration issues and increase in refugee flows into the region. However, member states' foreign policy must also adapt and address these issues or Europe will not be able to stand united, which may be a nail in the coffin of the EU, but likely not the final nail. 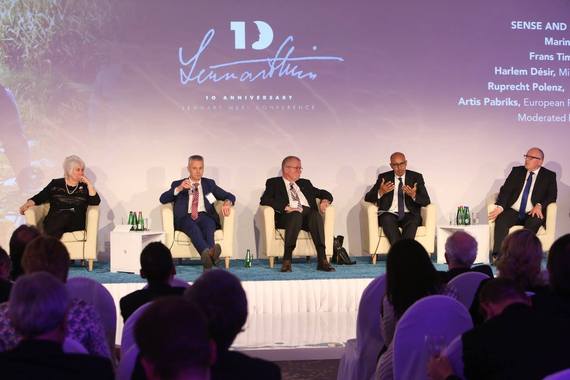 Eager participants attended concurrent breakfast sessions on "The Baltic Gap: How Credible is NATO's Deterrence Posture?," "State(s) of Fear: Coping with Terrorism, Extremism and Random Violence," "Distrust of the East and Anxiety of the South - Balancing the European Neighborhood," and the "Future of Ukraine: 'Is Minsk Doable?'" The tenor in each of the sessions had an air of pessimism and fear. However, ways forward were discussed and will hopefully lead to smooth transitions and a less dangerous future. States and alliances must make changes now to address the issues that face Europe and the West. Efforts must be made to increase the resilience of individual states and alliances while also looking to EU and NATO partners to find regional solutions. With regards to extremism, the Western world must find a narrative that resonates better in the Muslim world as the drumbeats of democracy are falling on deaf ears. None of these challenges can be solved overnight and solutions will involve extensive dialogues and commitment from European states and the West. 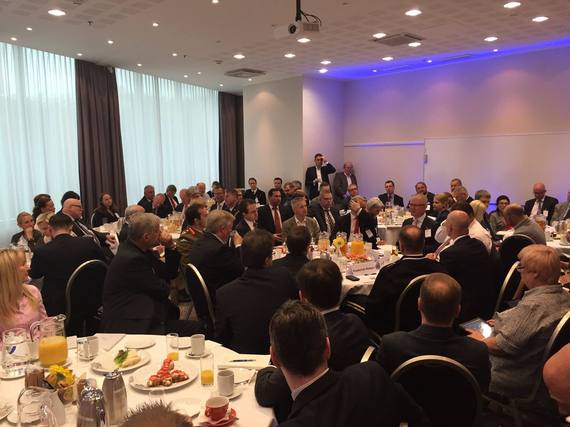 In less than 16 hours, a plethora of topics had been discussed, points of views shared and contested, and solutions proposed; yet this is just the beginning of the Lennart Meri Conference. Stay tuned for our report on more topics discussed at LMC 2016.