The retro pin-up look from the 1940s and 1950s, which was popularized by the likes of Jane Russell, Marilyn Monroe, Jayne Mansfield, and pin-up icon Bettie Page, is increasingly being seen everywhere around the world. 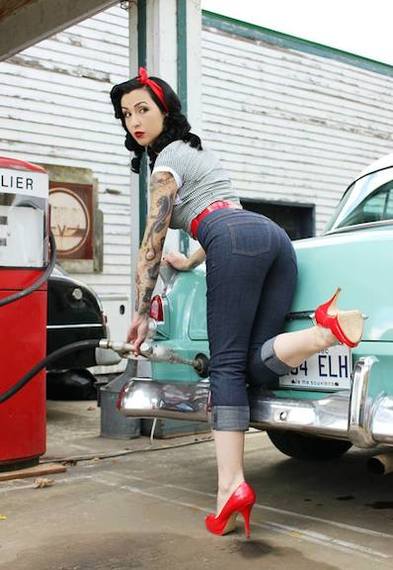 Nick Dee is lead media director at REBEL SOCIAL and founder of The Rebel Pin-up Page on Facebook, the first ever socially networked, modern-day, vintage pin-up page that attracts hundreds of worldwide submissions daily from aspiring pin-up girls of all types. He enthuses:

The original pin-up look became ubiquitous. Pin-up photos and layouts were found in legendary magazines like Wink, and Eyeful, which often featured Ms. Page posing in the centerfold. But posters and other visual depictions also began popping up on Lucky Strike cigarette packs to public walls and calendars. As their popularity rose during WWII, pin-up postcards notably of Betty Grable were mass printed and distributed to grateful American troops. Many of the pin-up depictions especially in magazines, however, had a 'girlie' feel about them, with many verging on risqué. Then in the 1990s, the pin-up movement had a revival, spreading out of Rockabilly and Kustom Kulture and growing from there. The whole movement is really about people, it's accessible and that's what makes it so popular again. 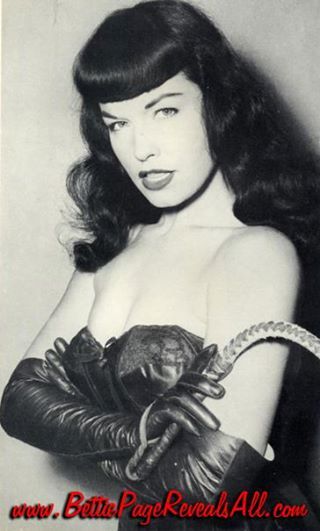 Contemporary vintage-vixens, like singer Lana Del Rey had a tune called Pin Up Galore, and Beyoncé's video Why Don't You Love Me was an homage to Ms. Page. Other celebrities like pioneering new burlesque performer Dita Von Teese, who appears in the terrific authorized bio film Bettie Page Reveals All, have helped remove the past stigma of pin-ups, and have raised the image to a symbol of hip, cool femininity. 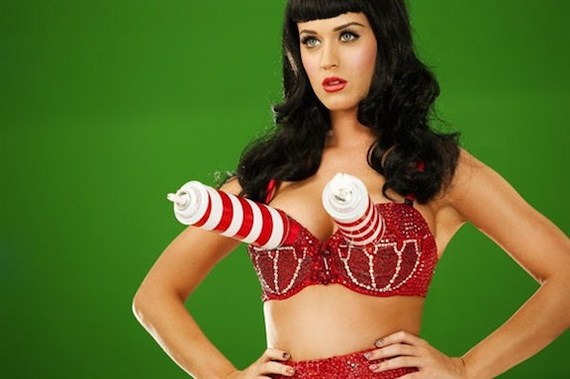 Entertainer Katy Perry, who's been clearly influenced by the pin-up look, is presently on her Prismatic World Tour whose second of four legs finishes in Mexico City, October 17-18 before heading to Oceania and Europe. Her whole shtick is retro-vixen done contemporary, and bodacious Perry embodies the pin-up mantra of embracing one's natural curves, once admitting, "Thank God for the body, because that '40s look really worked on me." But even before she was famous, Perry, whose early style icon was famous pin-up Jane Russell, used to shop at thrift stores looking for vintage cardigans and pencil skirts. And, many other women today are embracing their bodies and curves, and elevating their self-esteem by reinventing themselves as modern incarnations of pin-up icons Page and Russell.

Nick Dee says that pin-up girl depictions and tattoos also have a rich history together. In fact, pin-up models regularly appear at tattoo conventions all around the world, like the upcoming 10th Annual Bay Area Convention of the Tattoo Arts (October 24-25-26).

Many of today's pin-up girls are born of parents of the 1950s and come out of the rockabilly and hot rod subcultures. The modern pin-up movement really started back in the 1990s with people like Dita Von Teese, Dayna Delux, Heidi Van Horne, and Sabina Kelley. It's always been popular within these rockabilly and Kustom Kulture subcultures, but I think it's grown in popularity in reaction to perceived 'norms' perpetuated by fashion publications. Any girl today, not just runway models, can be a pin-up girl and be celebrated as beautiful. Today's pin-up girls often pose in the classic style yet have tattoos. It's a celebration of female identity and pin-up is everywhere. It's more of a lifestyle than a trend so I don't really see it fading any time soon. I recently judged the Miss Venice Pin-up Contest and I've never seen a crowd of heads turn like they did as the girls walked through towards the stage. Pin-up is everywhere and very much alive...from contemporary retailers to tattoo parlors, the world of the plastic fantastic is being replaced by nostalgia.

As the saying goes -- everything that goes around comes back around...and maybe even better.

Check out the Bettie Page Reveals All movie site