You've probably seen a rainbow at least once in your life. Perhaps you've even been lucky enough to catch a glimpse of a double rainbow. But how about a full circle rainbow?

Now, that's not something you see every day. 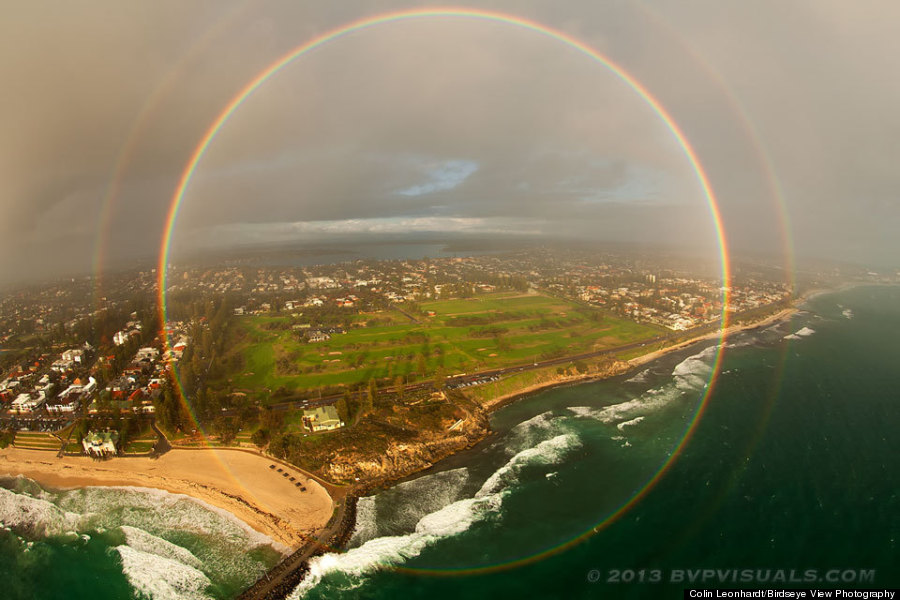 On Tuesday, NASA chose this stunning image of a full circle rainbow taken from the air above Cottesloe Beach, near Perth, Australia, as its Astronomy Picture of the Day. According to Slate, photos of circular rainbows like this one are quite rare.

"Have you ever seen an entire rainbow? From the ground, typically, only the top portion of a rainbow is visible because directions toward the ground have fewer raindrops. From the air, though, the entire 360 degree circle of a rainbow is more commonly visible," NASA wrote in the photo caption, adding that this particular full circle rainbow was photographed from a helicopter "between a setting sun and a downpour" by photographer Colin Leonhardt.