Australian-born artist Tatjana Plitt has documented nine same-sex couples as part of her "Gay Warriors" series. Plitt, who is now based in Washington, D.C., hopes her project will expand to a full-scale touring exhibition and book featuring at least 50 same-sex couples.

The photos themselves are an homage to 17th century marriage and family portraits, in an effort to "celebrate the respectability and validity of these same-sex couples and provide a contemporary take on the notion of traditional marriage and family," according to a press release.

"I feel honored that these soldiers and their families have welcomed me into their homes and entrusted me to tell a part of their story," Plitt told HuffPost Gay Voices. "Their openness, in spite of the discrimination they have faced, is a testament to their strength and I am grateful to have had the opportunity to bear witness to their journey. Now they have their eyes firmly set on the future and are fighting the next battle: full marriage equality."

The artist has also launched a Kickstarter fundraising campaign which will help enable her to photograph other same-sex military couples elsewhere in the country. You can view information about the campaign here.

View images from Plitt's project below: 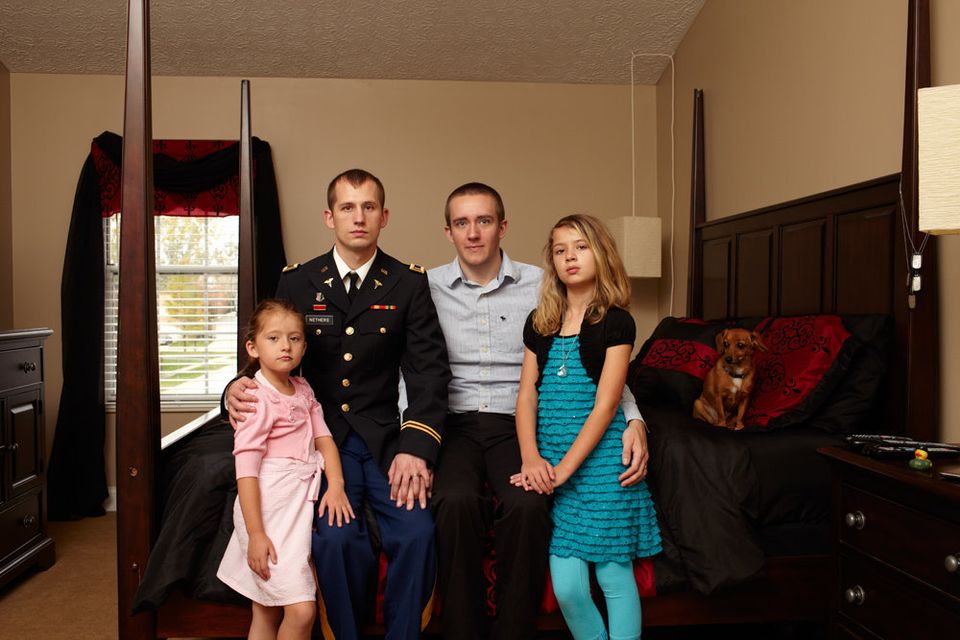