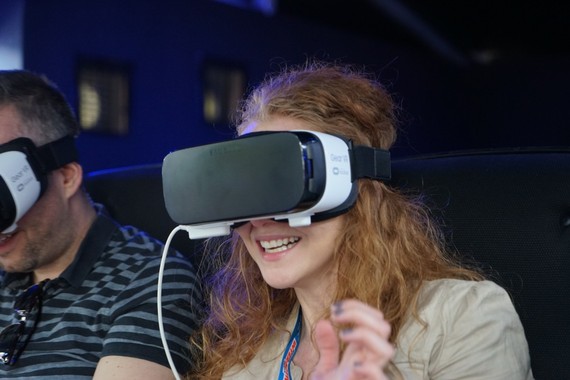 Each year a crazy thing happens. From around the country, and now increasingly around the world, a strange band of adventurers travels to Austin, Texas. It's hard to describe them, a mix of content creators, technologists, game designers, and consumer brands. They come to participate in South By South West (SXSW) Interactive. Don't be confused if you arrive and find yourself hanging out with filmmakers or musicians, as there are separate content tracks for film and music. 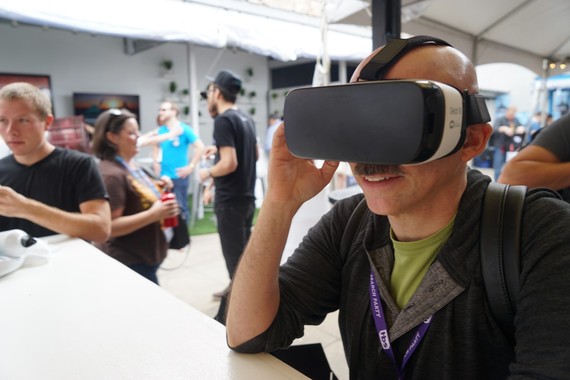 But SXSW is known as the place where tech trends are born. Most famously Twitter was born on the streets of Austin. And last year Meerkat, the live streaming app, had a big launch here in Austin.

But this year, despite the record turnout, the wonderful weather, and the last-minute surprise appearance of both POTUS and FLOTUS (that's the president and first lady for those of you who don't live in acronym land), there was no breakout app. 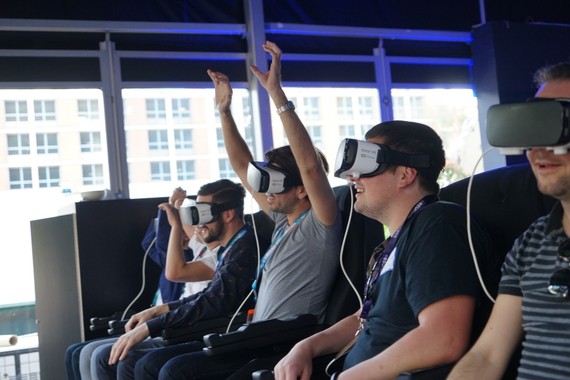 But that doesn't mean that this year's festival didn't herald an emerging trend. It was, beyond a shadow of a doubt, the year of Virtual Reality.

No matter where you turned, there was VR gear and software to be found. Gatorade had a VR experience, and McDonalds had a VR playground. There was an entire suite of VR software and hardware run by the folks at Upload VR. The conversations about VR ranged from storytelling questions about how to create immersive narrative structures to brand marketers exciting to bring their customers closer to their products with VR applications. 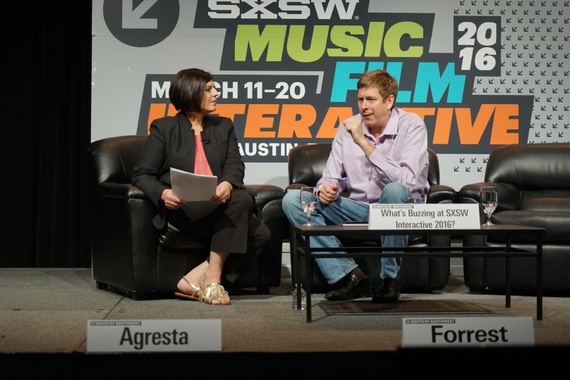 Some cynics stood back and wondered if VR was just the next 3D, but the head of SXSW Interactive Hugh Forrest was quick to point out this that was far more than trendy tech -- there was a consensus among content creators, marketers, and users that VR was a transformative technology.

IBM was showing a VR experience that had users racing down mountains and around curves on a bicycle. Samsung took the feedback one step further, putting users in a row of rocking and rolling chairs that moved in sync with the Samsung VR roller-coaster experience. There were even pedicabs with VR headgear as part of the ride. There was VR for education and for medical procedures. And for the audience members who understood the distinction, there was a whole conversation about Augmented Reality as well. 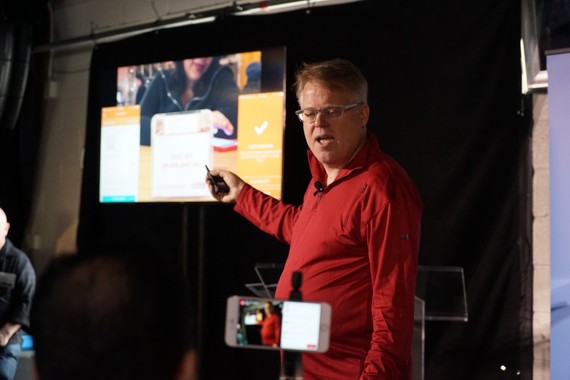 Robert Scoble, the famed tech blogger and bleeding edge explorer -- was heralding the coming wave of AR software as a new chapter in technology -- compared only to the launch of the personal computer.

John Underkoffler spoke about the new Man/Machine Interface. Underkoffler is the CEO of Oblong Industries. He has been science advisor to many well-known sci-forward films including Minority Report, The Hulk, Aeon Flux, and Iron Man. He told the sold-out room at SXSW. 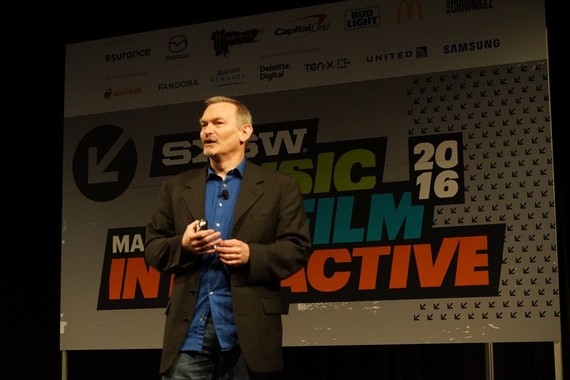 "The idea we had with Spielberg in Minority Report was to drop all the models and leave just the human hands" Underkoffler explained. "We wanted to put in the foreground. Pointing. A most powerful of human gestures. Characters could stand in the middle of this huge pixel orchestra and conduct it by pointing. They could grab chunks of data and move it around."

What Underkoffler imagined in Minority Report is now coming true, with Augmented Reality visors like Magic Leap and Meta exploring VR not as much for entertainment as for the whole new way to make data and computer more productive -- more useful.

If SXSW is spring break for geeks, then the trick to projecting the future here is to see not what they're talking about but rather what they doing. And this week, the crowd was totally excited to explore Virtual Reality. Oh, and by the way -- there wasn't anyone throwing up or getting dizzy -- at least not from the VR experiences. 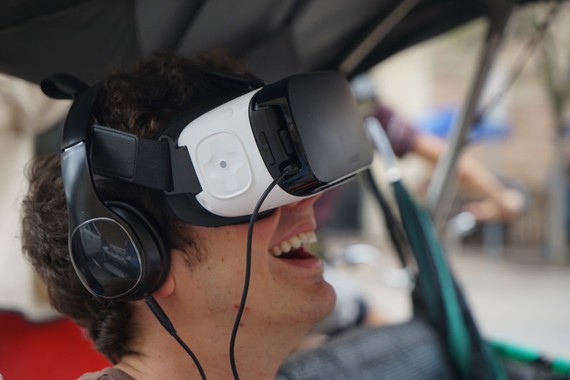 So, will 2016 be the year of VR? Standing here in Austin, it sure seems like it.