Hilarious, witty, and full of heart, Gen Zed is completely ahead of it's time. While the future is far and wide for animation to show creator Hayden Black, every variable counts. Responsible for Hulu's Goodnight Burbank, Black has spent the better part of a year putting together an inclusive animated series, which describes itself as an animated comedy about four college-age people who move in together. "The main idea was, what effect does being saturated by technology have on younger people as they emerge from high school or college?" asks Black. Edited by Futurama's Paul Calder, his goal to speak beyond the generations of x and y seems to speak to a greater gap in between.

"I'm incredibly surprised it hasn't happened before," says actress Julie Rei Goldstein, who portrays Shona, the main trans character on the show. "We've seen a multitude of amazing Trans Actors in the last few years breaking barriers in the industry, but no more than a handful specifically doing voice-over. That's such a shame because a lot of us have an amazing vocal range we're afraid to use either because of societal pressures or preconceived notions on what our voices should sound like," says Goldstein. She hopes this show will inspire more trans actors to express their talents and thrive visibly in the entertainment industry.

"It's a fascinating world, the world of web content." says Black. "I am motivated by purely an idea, I'm telling a story. When I was a kid, there was a show called The Young Ones, it was a British comedy that aired in the eighties. It broke rules. When I started to put Gen Zed together, that came to mind. I wanted to pay homage to that show, but also be inspired by that show. I want that spirit of punk and anarchy to be very much alive in this," he says. While the show lends itself to a unique stylized animation and plans to debut by the end of the year, they are still seeking sponsors. The show already has a number of guest appearances, such as Transparent's Trace Lysette, Miracle Laurie from Dollhouse, Richard Schiff from West Wing, and many more. Gen Zed hopes to make it's eight episode season run by the end of the year. 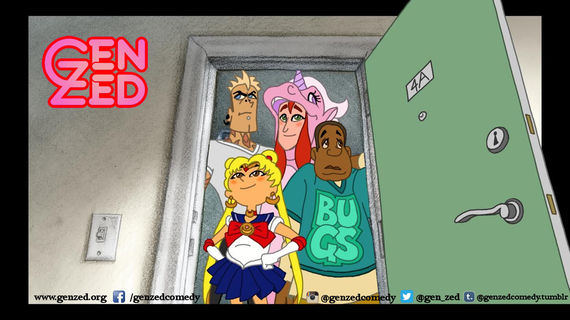 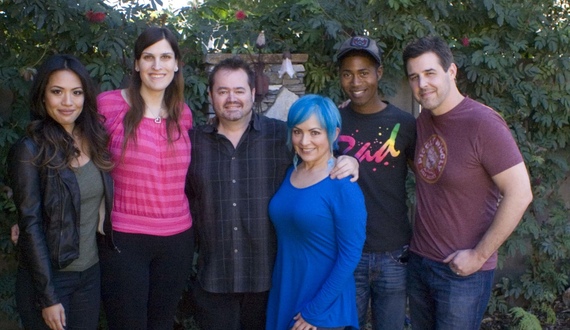