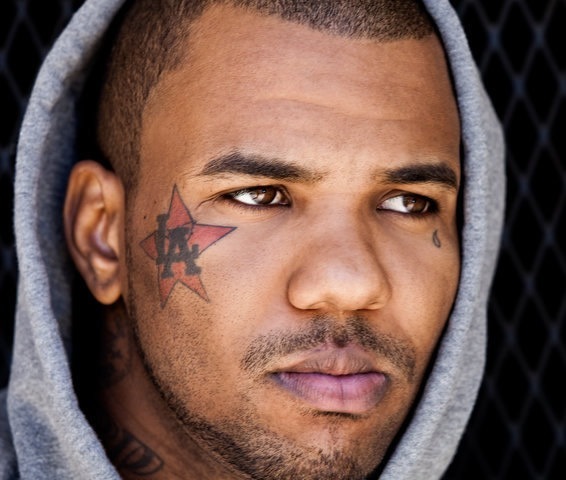 It's easy to tell where the Game's from. It's tattooed on his face.

The Los Angeles rapper has so many tattoos, his artist says he's running out of room, and it all perpetuates the long-held belief by many that tattoos equal toughness. And those people might be right, at least scientifically speaking: The American Journal of Human Biology suggests that getting inked can actually toughen up your immune system.

University of Alabama researchers have found that tattooing prepares the immune system to battle "stressors" associated with soft tissue damage. The act of tattooing seems to put the immune system on heightened alert, in turn making the body better at healing itself after getting inked.

Carrying out their study with 29 participants, the researchers measured two substances in the body before and after tattooing sessions: secretory immunoglobulin A (SIgA), which is a sign of immune system activity, and cortisol, which the body releases when it's stressed.

They hypothesized that people who had previously undergone multiple rounds of tattooing, for longer periods of time would have more SIgA and less cortisol because their immune systems would have habituated over time to the stress of getting inked.

Their regression model confirmed their thoughts: There's a statistically significant correlation between tattoo experience and SIgA, leading the researchers to conclude that their immune systems had gotten tougher.

Most scientific studies on the effects of tattooing have focused on its health risks, such as infection and scarring -- it is, after all, essentially a deliberate wounding process -- but the new report suggests getting inked could have health benefits, too.

Extrapolating from their results, the authors go on to suggest that people with healthy immune systems are more likely to heal faster -- and therefore more likely to get multiple tattoos. Heavily tattooed artists like Wiz Khalifa and the One Direction boys (R.I.P.) hardly seem like paragons of immune health, but the study implies that they've successfully managed to achieve, at least in one respect, some semblance of toughness.

More:
healthy livingtattoosHealthbody art
Newsletter Sign Up
The essential guide to taking care of your mind and body
Subscribe to HuffPost’s wellness email
Successfully Subscribed!
Wellness delivered to your inbox