Amid the foggy evening at the park's Jay Pritzker Pavilion stage, Hansard -- who leads The Frames and is one half of The Swell Season -- played songs off both last year's debut solo record "Rhythm and Repose" and was also joined on stage by Lisa Hannigan, a former member of fellow Irishman Damien Rice's band.

Hansard is a regular performer in Chicago, most recently at the Hideout Block Party last fall, and previously told HuffPost he sees the Windy City as "a city where people are quietly getting on with their work. I have always found it hugely inspiring."

Photographer (and friend of HuffPost) Joshua Mellin was on hand at Hansard's Millennium Park show and shared some of his shots -- including some spectacular ones of the hazy sky draped around the Pritzker stage like an immense canopy. 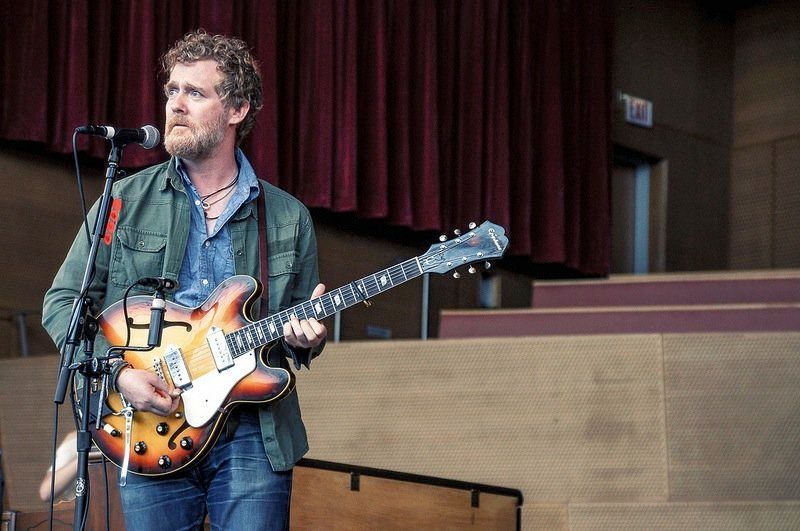